By Sam Woods, Milwaukee Neighborhood News Service - Nov 2nd, 2021 10:09 am
Get a daily rundown of the top stories on Urban Milwaukee 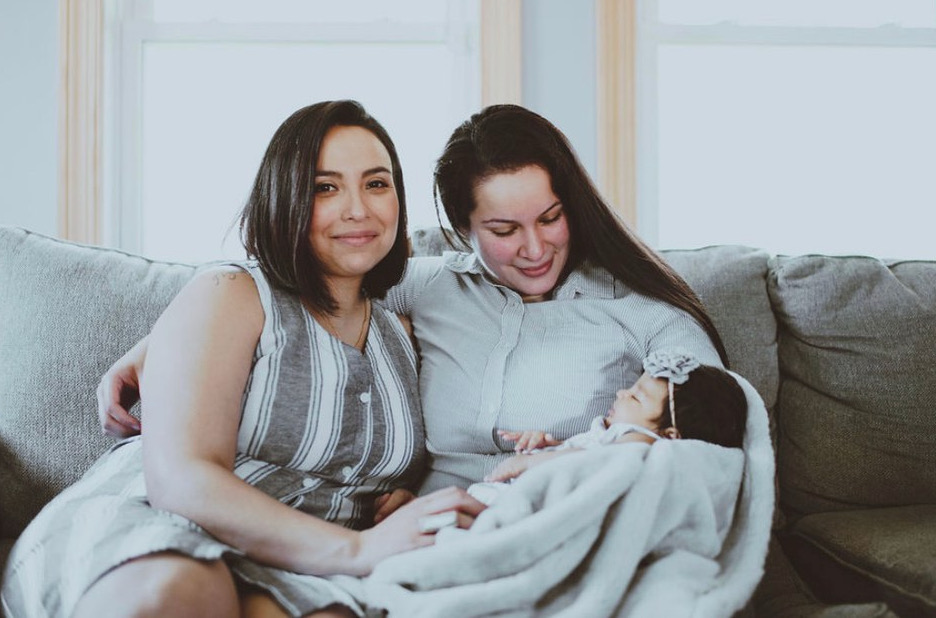 When Adriana “Nanis” Rodriguez joined Public Allies as an apprentice in 2009, she typically introduced herself to strangers as “Adriana.”

But “Nanis” was the childhood nickname that felt close to home, and it made Rodriguez feel safer.

“I didn’t want to enter a 10-month apprenticeship not being myself,” she said. “I asked people to call me ‘Nanis’ then and after leaving the program.”

Now as the new executive director of Public Allies, a nonprofit with a 27-year history of developing civic change agents to take leadership roles in Milwaukee, Rodriguez said she is bringing her true self to the organization.

“It wasn’t a matter of how can I fine-tune my authentic self as much as it was (with) how am I OK with showing up in a world that doesn’t want me to be this way and being happy with myself,” Rodriguez said.

Rodriguez  started her job in September. Her path to executive director has followed a professional journey that included three separate stints with Public Allies, completing her master’s degree and conducting ongoing doctoral research in urban education.

Along the way, she started and stopped a career in mental health services and started a family with her fiancé, Amanda, while “stepping into” her identity as a queer, brown femme.

‘I was immediately drawn to her energy’

“I was immediately drawn to her energy. We got each other’s humor, partiality for dark brown lipstick, and she had this relaxed, confident and authentic air to her — much like she does today,” Pérez Topczewski said. “I remember not knowing details about her, but she immediately felt like home.” 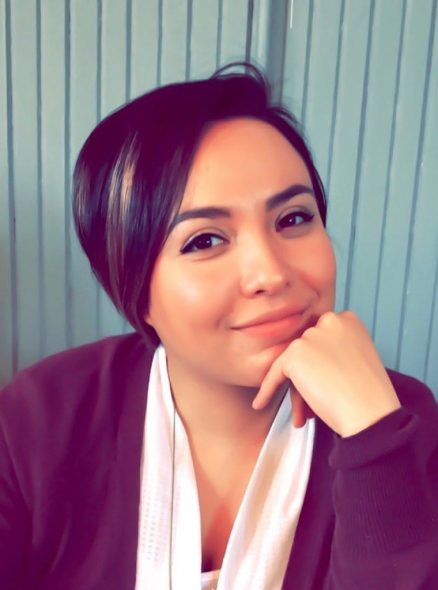 Rodriguez has spent a lifetime learning, and unlearning, her identity. Photo provided by Nanis Rodriguez/NNS.

Pérez Topczewski and Rodriguez remain friends to this day, supporting each other through “navigating the complexities of young adulthood,” college and motherhood.

When talking about her success, Rodriguez is quick to credit her support system and upbringing, including friends like Pérez Topczewski but also her immediate family.

Her mother, Gloria, who Rodriguez said knew everyone on the South Side, found ways to give her children everything other kids had, even when the family’s material wealth did not match its social and emotional wealth. In turn, her two older brothers, Kiko and Eric, helped her with everything from “how to hold a baseball bat” to navigating and articulating her identity.

When Amanda Avalos met her fiancé in 2012, she said she instantly admired Rodriguez.

“Her style, in both personality and clothing, are simply put: Unmatched,” Avalos said.

The two now have a daughter, Alis, who turns 7 months old in November.  Avalos said Rodriguez’s qualities as a nurturer have always been present, but that she’s taking things up a notch.

“During our time together, I’ve seen Nanis really step into her light in so many areas of her life,” Avalos said. “She’s a perfect mom, a supportive friend, a present and loving daughter and sister, a brilliant executive director and a beautiful partner.”

From college to challenges

Rodriguez studied psychology and Spanish at Marquette University. Right out of college, Rodriguez wanted to use her psychology degree to become a therapist. During her training, however, she ran into ethical challenges with the work she was tasked to do.

“I had to diagnose patients with something in order to get paid, and the DSM-listed symptoms were not culturally relevant,” Rodriguez said, referring to the Diagnostic and Statistical Manual of Mental Disorders manual that therapists use to diagnose patients.

Rodriguez recalled a patient who talked to a deceased grandmother, a practice common in some parts of Latin America but seen as a symptom of a mental disorder in the manual.

“The fact that I had to do that to get paid, at that point in my life I couldn’t do it,” Rodriguez said.

Rather than go through with a practice she saw as immoral, Rodriguez joined Public Allies as an apprentice.

Public Allies is a national AmeriCorps organization with chapters in cities nationwide. Young leaders taking part in the program are placed at local nonprofit organizations as apprentices and receive both vocational training and complete a rigorous diversity, equity and inclusion program.

Rodriguez said she has big plans for the organization’s future.

First, she will oversee the expansion of Public Allies into Racine and Kenosha. Previously, the organization was known as Public Allies Milwaukee, but after adding apprenticeship placements in Racine this year, it now goes by Public Allies Wisconsin.

In addition, Rodriguez seeks to increase the visibility of the organization’s network by expanding alumni mentorship opportunities and finding ways to place people in positions of leadership, whether they be in the nonprofit, government and corporate sectors or as activists.

Rodriguez knows that titles like “executive director” without tangible action are just titles, just like names without personal meaning are just names.

Rodriguez said when she first graduated, she would refer to herself as a “social justice educator” without fully articulating to herself what that title meant.

“The mistake was thinking it was just a job title,” she said. “When in reality my journey is around stepping into a full version of myself that lives this larger mission of liberation and joy and love.”

“When you are living life as a full person, challenging oppression becomes a part of who you are rather than a job.”

‘Living life as a full person’: New Public Allies leader stresses authenticity at work and at home was originally published by the Milwaukee Neighborhood News Service.