The Republican candidate for Congress has himself been accused of sexual harassment. 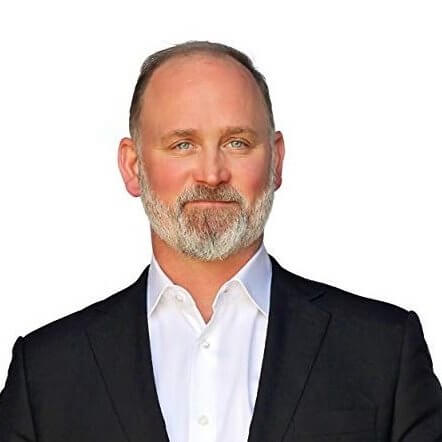 Republican congressional candidate Derrick Van Orden accepted nearly $12,000 in campaign donations from Steve Wynn and his wife Andrea. Wynn, a Las Vegas casino mogul, stepped down from his company in 2018 after multiple women accused him of sexual harassment.

Van Orden, who is running for the second time in the now-open Third Congressional District, has himself faced accusations of sexual harassment in the past. In 2020, when Van Orden was running against incumbent Democratic Rep. Ron Kind, an episode from Van Orden’s time in the military that he’d written about in his book was unearthed.

That incident occurred after a training mission in which a lieutenant had a rash from poison oak on his testicles. At a naval hospital, Van Orden called two young women in the Medical Corps over to him and the lieutenant, lifted the towel he had on his lap and exposed the swollen testicles to the women.

“Here’s this lieutenant sitting behind a little curtain, spread eagle, (scrotum) huge as a cantaloupe, and his eyes swollen nearly shut,” Van Orden wrote. “That’s when I spotted two ensigns, who happened to be young girls in their early twenties.”

“‘Excuse me,’ I said to the two cute girls, approaching them. ‘Could I ask you something’”

“After walking them over to the outside of the lieutenant’s location, I whipped the curtain back. ‘Have you ever seen anything like this?’ I asked. They gasped in horror as they saw the LT in all of his glory. I’m sure they never wanted to have anything to do with a man ever again.”

Last year, Van Orden said in a statement to the Milwaukee Journal-Sentinel that he was just “instructing two junior Medical Corps officers in recognition and treatment for an advanced case of contact dermatitis.”

Kind, who is set to retire after his current term ends in 2023, called the incident sexual harassment.

“His sexual harassment detailed in his book is not something to brag about, it’s something to be condemned,” Kind said at the time. “It’s outrageous and wrong. These aren’t the values I was raised with here in Wisconsin and it’s not how my wife and I raised our two sons to treat others. This is not the behavior of someone who should be representing Wisconsin in Congress.”

In September, Steve and Andrea Wynn each made $5,800 donations, the maximum allowable amount under federal law, to Van Orden’s campaign.

There are two Democrats currently running in a primary to determine who will run against Van Orden in 2022 — state Sen. Brad Pfaff (D-Onalaska) and Eau Claire business owner Rebecca Cooke. A spokesperson for the Democratic Congressional Campaign Committee (DCCC) said Van Orden accepting money from Wynn shows he isn’t qualified to represent the Western Wisconsin district.

“Derrick Van Orden’s campaign is bought and paid for by Washington Republicans and far-right GOP mega-donors, so it’s no surprise that he’s filling his campaign coffers with thousands of dollars from disgraced billionaire Steve Wynn,” DCCC spokesperson Elena Kuhn said. “Not only has Van Orden bragged about sexually harassing women, now his campaign is boosted by an accused fellow sexual harasser — proving yet again he’s far out of step with Wisconsin values.”

In 2018, at the peak of the #MeToo movement, the Wall Street Journal reported that multiple women said Wynn had harassed or assaulted them and that one case led to a $7.5 million settlement with a former employee of his company. Wynn has denied the allegations.

After the accusations were made public, a number of Republicans — including now-Minority Leader Kevin McCarthy (R-Calif.) — said they would donate campaign contributions from Wynn to charity. Wynn also resigned from his post as campaign finance chairman of the Republican National Committee.

But Wynn has recently begun heavily spending on Republican campaigns again, in April the Associated Press reported that a political action committee that fundraises for McCarthy and other Republicans had received a donation of more than $770,000 from Wynn in March.

Van Orden, who advertised in a news release that he had raised more than $1 million in the last quarter, also raised money from several high profile conservative donors. He received a $1,000 donation from the state’s largest business lobby, Wisconsin Manufacturers and Commerce, $5,800 from Beloit-area billionaire Diane Hendricks and $500 from Wisconsin Elections Commissioner Robert Spindell.

The Van Orden campaign did not respond to a request for comment.

3 thoughts on “Van Orden Gets $12,000 Donation From Casino Magnate Accused of Sex Harassment”