Bay View Homes Go All Out For Halloween

Add these spooky stops to your Halloween celebrations. 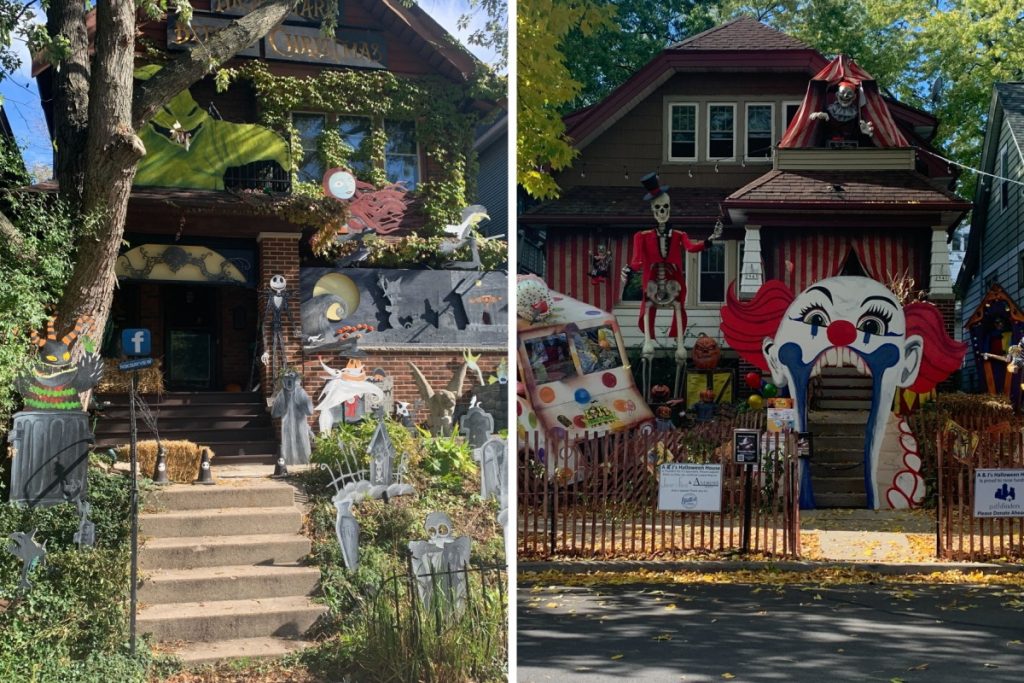 The Nightmare Before Christmas and A&J’s Halloween houses. Photos by Annie Mattea.

Milwaukee’s Bay View neighborhood is a magnet for Halloween decorations. But two homeowners go far above and beyond the norm.

A Nightmare Before Christmas-themed house spans the 2700 block of Logan Avenue from September through October.

This is the 11th year the block has been decorated. Last year was cancelled due to COVID-19 concerns, but 2021 features a full-fledged return, with 11 homes on the block participating.

Creator Paul J. Tennessen said he picked Nightmare Before Christmas as a theme because he wanted decorations that weren’t too scary for the children but could still be interactive. “It’s chaotic in the best way possible,” Tennessen said.

He said the event draws a lot of attention, and he often has to get more than 10,000 pieces of candy to ensure he and his neighbors have enough throughout the night. He is currently accepting candy donations from visitors.

In addition to candy, the house also raises money for the Milwaukee Area Domestic Animal Control Commission (MADACC). Tennessen said they average $200 to $300 in donations each year.

After Halloween, Tennessen maintains the decorations at his home, 2750 S. Logan Ave., to follow the chronology of the film through Christmas. He even provided decorations with this theme for a Milwaukee Symphony Orchestra concert in 2019.

If Nightmare Before Christmas is not your cup of tea, do not fret, there is another Halloween house in Bay View. Andy Reid owns the house at 2943 S. Clement Ave. with his husband, which they call A&J’s Halloween House, and which they are decorating for the 19th year. This year’s display features a circus theme. (Last year’s theme was inspired by the movie Ghostbusters).

Reid and his husband, Jamie Beauchamp, started the Halloween display just because it was fun, and continue to fund the project themselves and through their businesses, Andrew’s Realty and Jaimer’s Floral. Reid said the project has grown and expanded over the years, and has received positive feedback from people who love it so much

On average, A & J’s Halloween House gets 1,500 trick or treaters each year.

Although the attraction is free to visit, the couple does take donations for Pathfinders, an organization that helps Milwaukee youth in crisis. Reid said in the five years they have been supporting Pathfinders, they have raised more than $23,000.

The fundraising effort received a $500 boost Monday morning. The house was announced as the fifth-place winner in a Halloween-decorating contest held by ABC’s LIVE with Kelly and Ryan show.

The two houses are a third of a mile apart. You can see them anytime, or join the hordes of trick-or-treaters on Oct. 30 from 5 to 8 p.m. 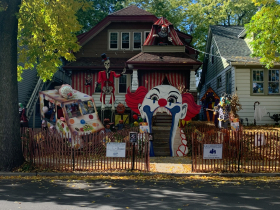 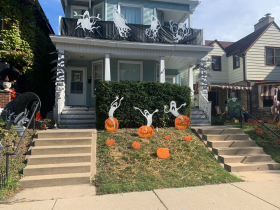 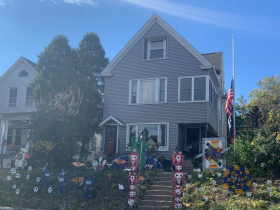 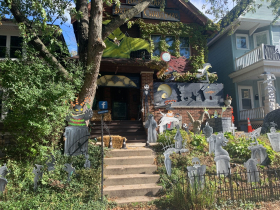 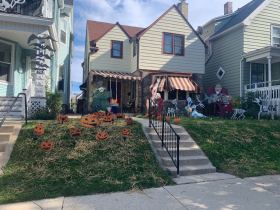 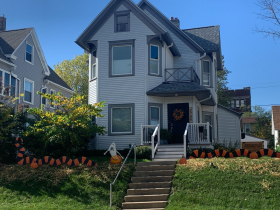