Nearly 400 diamonds on each ring with loads of symbolism embedded. 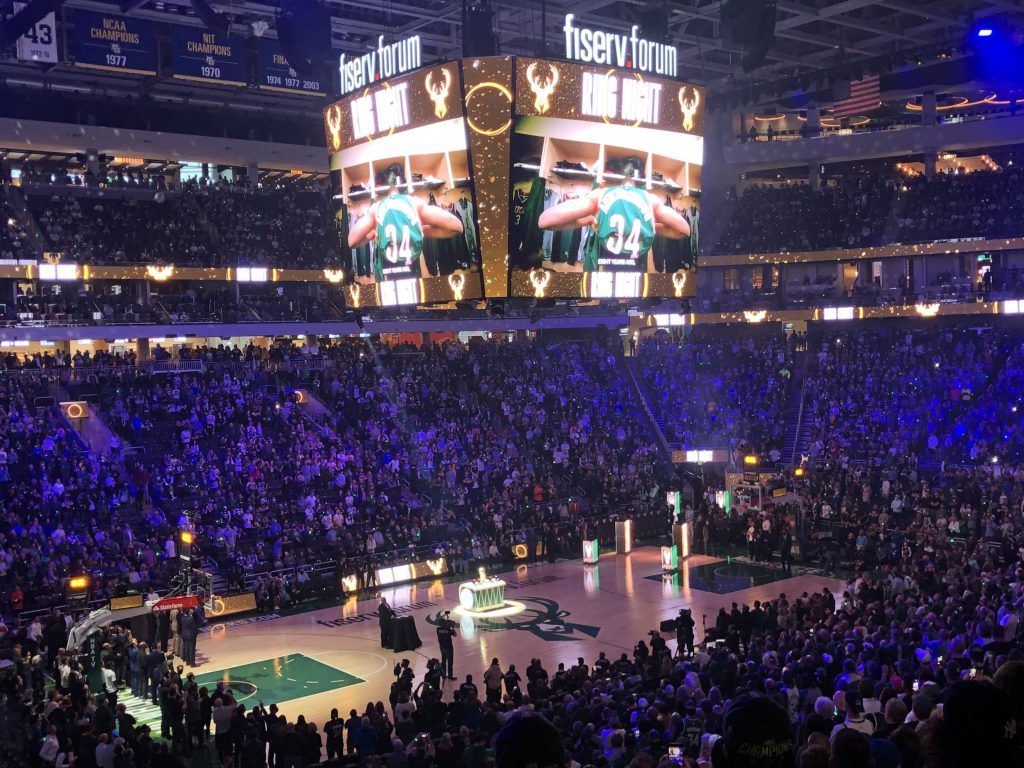 It was a celebration Tuesday evening at Fiserv Forum.

“Milwaukee we did it,” said star guard Khris Middleton.

The players and coaches from the Milwaukee Bucks‘ 2020-21 championship team were presented their championship rings in a ceremony before the game began.

“This team embodies the characteristics that this city and state are known for, hard work, determine, perseverance and that they also demonstrate what becomes possible when you work together as a team,” said NBA Commissioner Adam Silver.

A championship banner was also unveiled, joining the one from the 1971 season that hangs in the rafters.

Television play-by-play announcer Jim Paschke, who retired at the conclusion of last season but missed the finals and parade because he contracted COVID-19, emceed the ceremony held just before the first game of the NBA season.

While Giannis Antetokounmpo accepted his ring, Paschke quickly switched into a custom-made shirt that spelled out “I love Giannis” with a heart. It was a nod to Antetokounmpo wearing the team-issued “I love Jim” t-shirt while the team celebrated after winning the title.

The players, coaches and executives weren’t the only individuals receiving rings.

Feigin previously said that approximately 300 rings were ordered, with varying tiers of complexity.

The rings were designed by Jason of Beverly Hills. The interior of the rings features Bucks imagery, as well as a QR code that can be scanned to show Bucks highlights.

The championship trophy on the face of the ring is made up of a batch of 65.3% purity yellow gold to represent the winning percentage during the season. Three carts on the shank represent the three conference championships in team history. Approximately 0.53 cts on the “world champions” wording represents the Bucks’ 53-year history.

It was the seventh championship ring designed by Jason of Beverly Hills.

“We wanted to once again rewrite the rules of what a championship ring should be,” said firm CEO Jason Arasheben in a statement. “We sought to create something that had a bit more versatility than rings of the past. As championship rings have gotten bigger, they have become less and less practical to wear. We addressed this by developing a push button system that allows the players to wear the top of the ring as a pendant, making it a piece of jewelry they can wear every day around their finger or on their neck to celebrate their tremendous season.”

But there were Bucks players not present for the ceremony. The team’s new players, led by Grayson Allen and Semi Ojeleye, are on the outside looking in. The team will need to repeat for them to get a ring. Players now on different teams, including P.J. Tucker, will receive a ring at future dates.

Want your own? Replica versions are available online for fans to purchase.

Following the ceremony, the team played the Brooklyn Nets, which it defeated in seven games to advance to the Eastern Conference Finals last season. Many pre-season rankings have the two teams slated to meet in the conference finals this season to determine who will go to the finals.

The game was still ongoing at the time of publication. 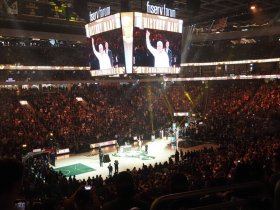 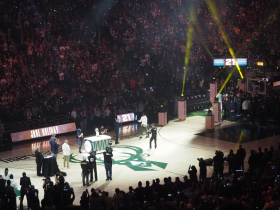 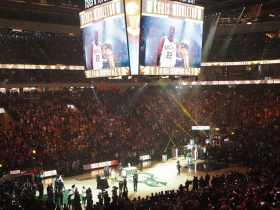 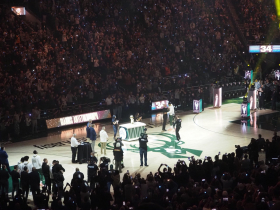 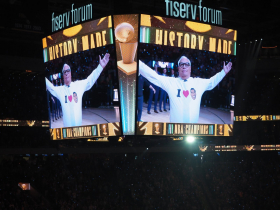 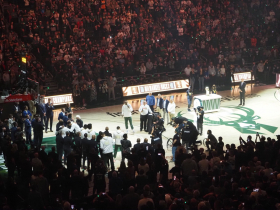 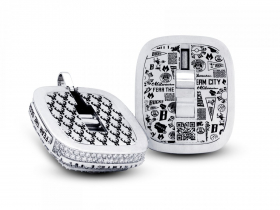 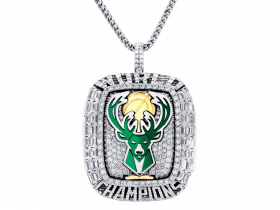 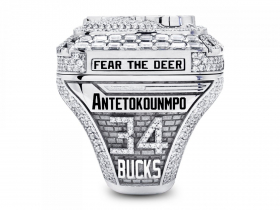 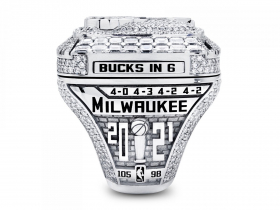 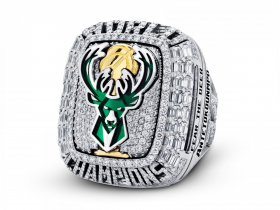