Construction Starts on Biggest Port Project In More Than 60 Years 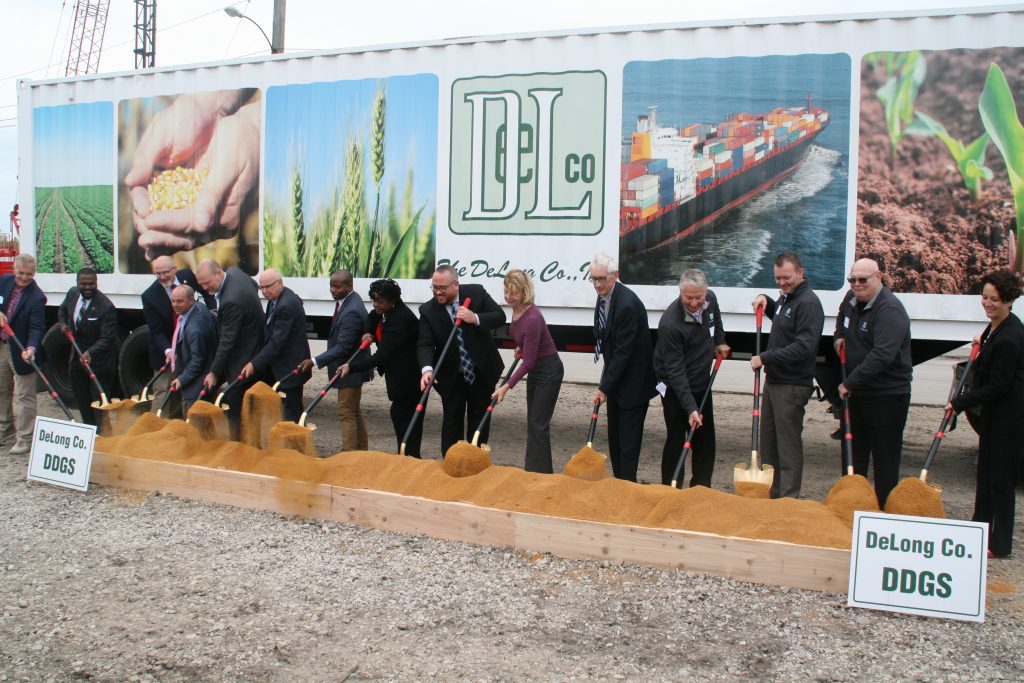 Construction is underway on a $35 million agricultural maritime export facility on Jones Island. It certainly doesn’t have a sexy name, but, according to all involved, it is a big deal for the Port of Milwaukee and Wisconsin.

For one, it is the largest investment in the 467-acre port since the Saint Lawrence Seaway opened in the 1950s. It’s also a first of its kind facility for the Great Lakes.

Wisconsin Department of Transportation Secretary Craig Thompson said it builds on Wisconsin’s strengths. “First, it invests in the largest city. Second, it invests in agriculture,” he said at a groundbreaking ceremony Wednesday afternoon.

How can it do both?

The facility, which will be operated by the Clinton-based DeLong Company, will be primarily used to export to Europe, the Middle East and Africa a nutrient-rich byproduct of converting corn to ethanol. The new complex will play a critical transloading role in connecting Wisconsin’s nine ethanol plants as well as those in southern Minnesota, northern Iowa, South Dakota and North Dakota with foreign markets where animal feed is in short supply. It will also enable exports of other farm products.

Get a daily rundown of the top stories on Urban Milwaukee
From late May through September the company anticipates exporting what it calls DDGS — dry distillers grain with solubles. DeLong already coordinates DDGS exports, via shipping containers and coastal ports, to Asia. But the new facility will provide a purpose-built facility and logistics network to compete in many more markets. It will also allow DeLong to avoid using shipping containers that are ill-suited for the moisture-laden product and in increasingly short supply.

“In case you guys haven’t noticed, we are having a supply chain problem,” said Congresswoman Gwen Moore.

A 2020 port report said that the project would eliminate 1,600 truck trips annually. Six of Wisconsin’s nine ethanol plants currently truck DDGS past Milwaukee to an intermodal facility in Joliet, IL where standardized shipping containers are available. Ocean-bound products coming from plants and farms outside of Wisconsin are expected to arrive via rail.

Moore and Thompson were part of a lengthy list of politicians and city officials at the groundbreaking ceremony. Port director Adam Tindall-Schlicht served as the event emcee.

“The facility will open Wisconsin’s maritime and agricultural economies to new international markets for this commodity and many others,” said Tindall-Schlicht. Corn and soybeans are also expected to be exported through the facility, according to a February report.

“I want to say thank you for waking the sleeping giant,” said Alderman Mark Borkowski, a harbor commission member, in praise of Tindall-Schlicht’s efforts to secure new investment in the port.

“As we build back better, we must continue to invest in our maritime economy,” said U.S. Senator Tammy Baldwin. “Today’s groundbreaking is just the beginning.”

“Milwaukee is the economic engine for our state,” said Governor Tony Evers. But he said for it and the rest of the state to succeed they must be connected. “Folks, when we do connect those dots we are ensuring that every family and every community and every industry has the tools and resources to thrive.”

As they spoke, more than a dozen trucks and a train passed by, a reflection of the already active port. Once the speeches concluded, politicians, port officials and DeLong representatives grabbed gold-painted shovels to ceremonially toss DDGS set up in a trough in front of a DeLong semi-trailer.

DeLong is leasing a 4.42-acre site, 1711 S. Carferry Dr., from the city-owned port and will own the facility built atop it. The company will pay approximately $3.5 million in lease payments over 30 years. If DeLong doesn’t renew its lease, the port will have an option to buy the facility.

According to a February presentation from DeLong, the facility will create four to six on-site, full-time jobs. “The biggest thing is it will open new markets for hundreds of Wisconsin famers,” said firm vice president Bo DeLong.

According to a DeLong representative, DeLong has hired Michels Corp. to perform site work on the property. The Scharine Group will construct the conveyance systems. Legacy Building Solutions will build the flat storage building.

The new complex will accept deliveries on the east side of S. Carferry Dr. and transfer materials overhead to storage facilities on the harbor side of the street. Those storage buildings include a 19-inlet flat storage building and multiple upright storage silos made of galvanized steel. Disused buildings on the site were demolished earlier this year.

The facility is expected to be fully operational in April 2023. 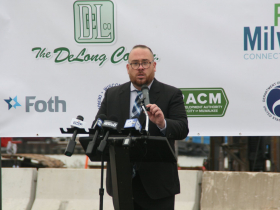 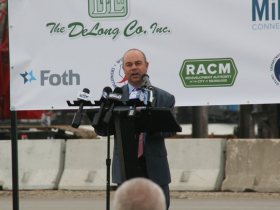 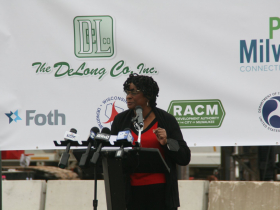 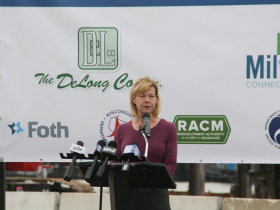 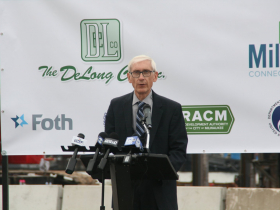 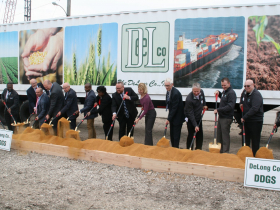 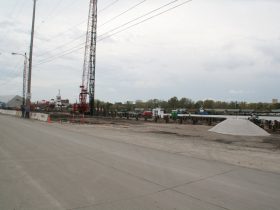 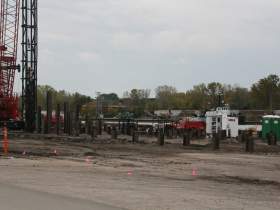 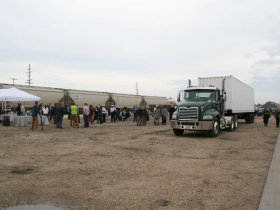 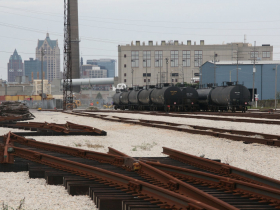 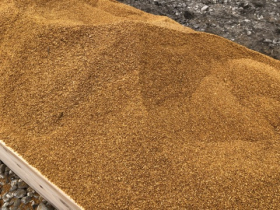 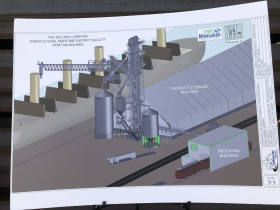 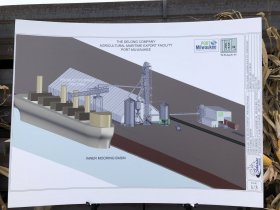 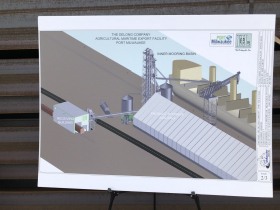 2 thoughts on “Eyes on Milwaukee: Construction Starts on Biggest Port Project In More Than 60 Years”