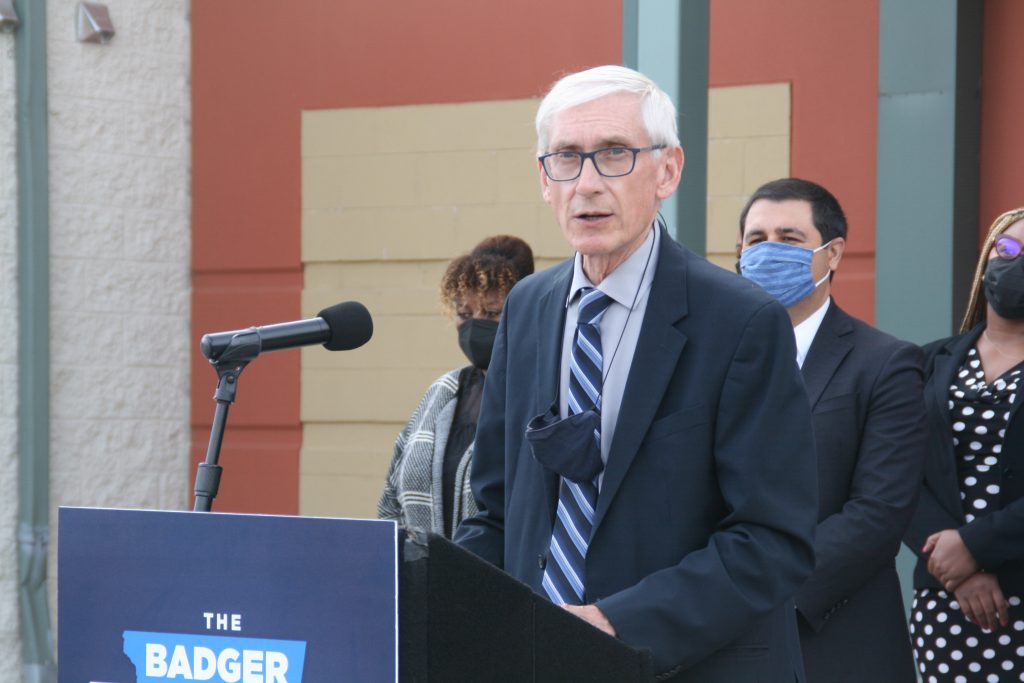 “Much like the pandemic, this is another public health crisis that deserves our attention and our action,” said Evers at an event held outside of the COA Goldin Center, 2320 W. Burleigh St., in Moody Park.

The announcement comes amidst a national surge in gun violence. Milwaukee is seeing record levels of homicides and shootings.

The funds, which come from the state’s $2.5 billion American Rescue Plan Act allocation, will be broken into two broad categories. A total of $25 million will go toward violence prevention efforts. The remaining $20 million will go to support victim support.

“As much as we need to prevent violence from having in the first place, we also need to actually address the trauma experienced by the victims, do what we can to support their healing and interrupt that cycle,” said Evers.

“This announcement is a critical piece of the puzzle in making our communities safer and fighting crime across Wisconsin,” said Kaul. He said the funding would help fill gaps caused by a decrease in funding from the federal Victims of Crime Act.

Get a daily rundown of the top stories on Urban Milwaukee
A total of $8 million from the violence prevention allocation will go directly to the City of Milwaukee’s Office of Violence Prevention, which in turn intends to use it to fund local programs. “Some of the programs will be programs we have already funded,” said office director Arnitta Holliman, singling out the Running Rebels, a youth community organization, and The Asha Project, a domestic abuse counseling service. “We have funded 30 programs over the last few years. We will issue [request for proposals] to fund more programs.”

Another $6.6 million of the funding allocation will go towards Medical College of Wisconsin’s (MCW) Violence Prevention Project to support research, data collection, education, and community engagement efforts around violence prevention

“Violence is a preventable public health crisis, and also a disease we can stop the transmission of,” said Reggie Moore, director of violence prevention policy and engagement for MCW’s Comprehensive Injury Center. Moore was previously head of the city’s violence prevention office and has become nationally recognized for his work on the issue.

Moore said the ARPA-allocation could back groups such as ComForce, a violence interruption group led by Vaun Mayes. The funding could also help support the city’s 414 Life network of violence interrupters. Mayes and 414 Life program director Derrick Rogers were in attendance at the event.

“It is important that we actually respond and live up to the priorities the community has told us we need to invest in to address violence as a public health issue,” said Moore. “This is another step in that direction, but that investment has to be sustainable.” He thanked Evers for the funding commitment, but noted that addressing the issue long-term will take more than a one-time infusion of federal funds.

Both Evers and Kaul, in their respective remarks, were critical of the Republican-controlled Legislature for killing earlier funding proposals using state dollars. The Republican Party, in a press release, said the ARPA allocation was “too little, too late” to address violence.

Common Council President Cavalier Johnson praised the funding in a statement. A number of the pending proposals for the city’s allocation of ARPA funds, including a $16.8 million one from council members Milele A. Coggs and Marina Dimitrijevic, would go towards violence prevention efforts.

The Wisconsin Department of Justice, led by Kaul, will administer the victim services funding. A total of $100,000 will go to the Wisconsin Coalition Against Sexual Assault, the only statewide training and technical assistance agency for sexual assault service providers. A similar funding proposal was stripped by the Legislature.

When will the groups see the funding? “We anticipate that the money will get out within weeks,” said the governor. There is no local match required to access the funds.

At another stop in the Amani neighborhood last week, located in Milwaukee’s 53206 ZIP code, Evers announced a $75 million funding program for minority-owned businesses. 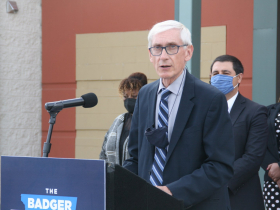 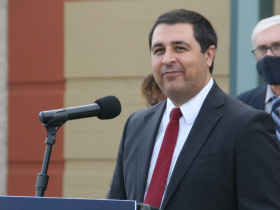 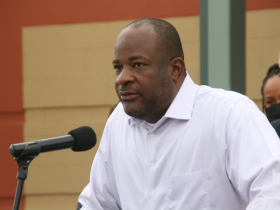