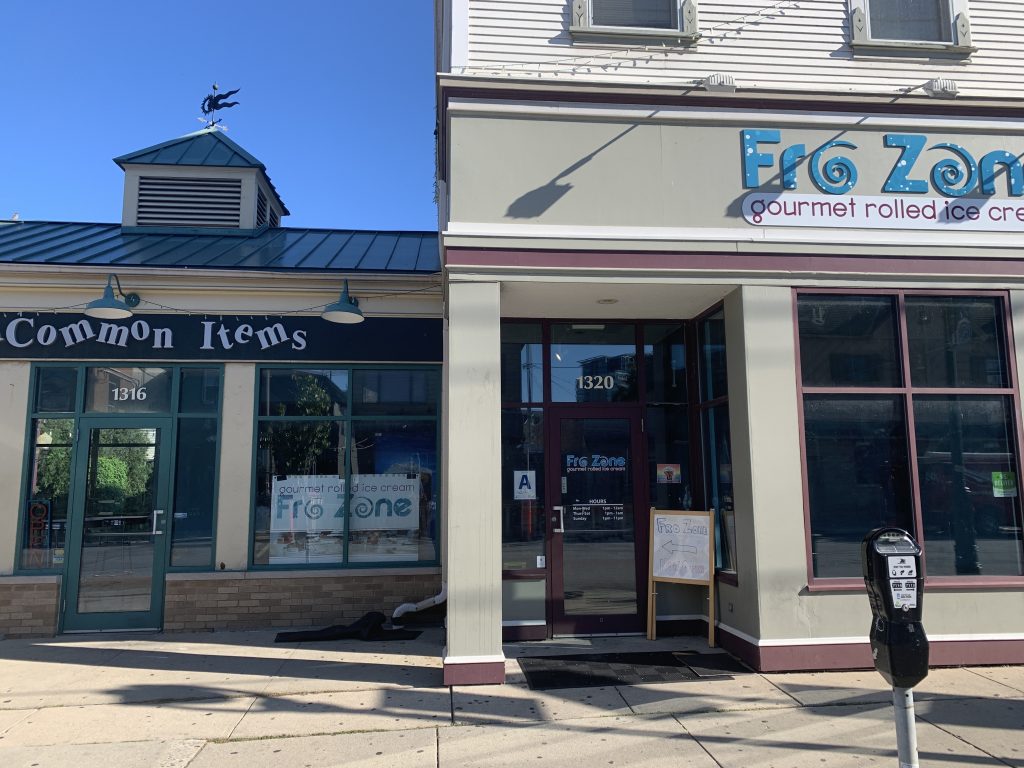 Ice cream lovers may be confused when they do not spot Fro Zone at its usual location on Brady Street. But do not fret, it has simply moved next door, replacing Uncommon Items.

The ice cream shop’s new location is 1316 E. Brady St., only a door over from 1320 E. Brady St. The business relocated over the summer and has continued to make improvements to the new space.

The store is open from 2 p.m. to 11 p.m. and specializes in rolled ice cream, a type of ice cream where it is rolled similar to a crepe and served in a bowl.

Fro Zone opened in 2017 after owner Mohamed Kaid saw videos of rolled ice cream and thought it was interesting. He said he saw an opportunity when he realized there weren’t any similar shops in the area.

Kaid did not respond to a request for comment on the move by the time of publication.

But it can’t be a dispute with the landlord. Both stalls are part of Jullily Kohler‘s Passeggio development, which also counts La Masa Empanada Bar and Apollo Cafe.

The new space is 627 square feet, the prior space contains 1,606 square feet of space according to a leasing flyer.

Uncommon Items relocated from Fro Zone’s new space in 2019 to move to a shared space in Walker’s Point.