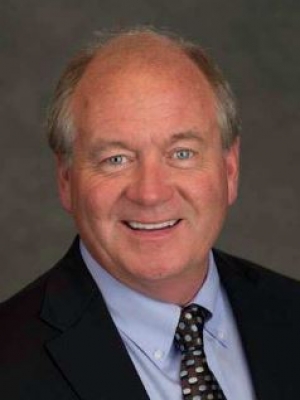 A Dane County Circuit Court judge ruled on Friday that Frederick Prehn can remain in his seat as chair of the Natural Resources Board (NRB).

Prehn has refused to give up his seat since his term expired on May 1, saying state law allows him to hold on until his replacement, already nominated by Gov. Tony Evers, is confirmed by the Senate. Prehn has been coordinating with GOP Senate leaders, who attempted to intervene in the case on his behalf, to remain on the board.

In August, Attorney General Josh Kaul filed a lawsuit against Prehn, seeking to have a judge remove Prehn or give Evers the authority to remove him. The judge, Valerie Bailey-Rihn, dismissed the lawsuit, writing that even if Prehn’s refusal to leave his seat is wrong, previous court precedent ties her hands. She adds that it will be up to the Wisconsin Supreme Court to determine if the precedent should be changed.

“The Court concludes that Prehn’s motion to dismiss must be granted; although this Court [is] not condoning Prehn’s actions,” Bailey-Rihn wrote. “Although there are very good reasons for concluding a ‘vacancy’ occurs when a person’s term is over, that is not for this Court. This Court must follow the precedent set forth in State ex rel. Thompson v. Gibson. If the reasons for the holding in State ex rel. Thompson have changed, it is up to the Supreme Court to decide.”

Prehn has repeatedly insisted his decision to remain on the board was not driven by politics, even though his emails, obtained by the Wisconsin Examiner, show it was primarily driven by his desire to influence the quota in this fall’s wolf hunt. In a statement on Friday he said he hopes he can get back to the work of the NRB.

“I have always felt Wisconsin law supports my decision to continue to serve on the Natural Resources Board,” he said. “I am relieved the court faithfully applied Wisconsin’s law and quickly reached a just decision dismissing the Attorney General’s lawsuit. I hope the Secretary of the Department of Natural Resources will reengage with the lawfully constituted NRB as soon as possible, so we can make up for lost time.”

Circuit Court rules Natural Resources Board chair can remain in seat was originally published by the Wisconsin Examiner.