Buffalo Boss will bring its chicken to one of the city’s busiest intersections.

The chicken wing restaurant, which currently operates a location within the Sherman Phoenix, will open a standalone location at 540 N. 27th St., just south of W. Wisconsin Ave

“We are ready to invest into that community,” said owner Taj Pearsall of the Near West Side. The entrepreneur brought the business to Milwaukee in 2019. Two locations operate in Brooklyn under founder Jamar White and are backed by White’s cousin Shawn Carter, better known by his stage name Jay-Z.

Pearsall operates from one of the largest stalls in the Sherman Phoenix, serving organic wings and tenders as well as meatless wings and housemade sauces.

The new location won’t have a drive through, nor will it serve alcohol. “It’s more a family establishment,” said Pearsall to members of the Zoning, Neighborhoods & Development Committee on Tuesday.

His proposal is supported by Near West Side Partners executive director Keith Stanley and area Alderman Robert Bauman.

The building Pearsall is seeking to buy was for decades home to an Arthur Treacher’s Fish & Chips restaurant. It was one of at least seven such restaurants in the city and 12 in the metro area.

But the building has been boarded up since at least 2007, according to Google Maps. Assessment records indicate it was built in 1974 for the virtually defunct seafood restaurant chain. The city acquired the parcel through property tax foreclosure in 2019,

“We have been holding this property off the market for a long, long time,” said Bauman. He said he has encouraged the city to rebuff the multiple offers it has received to open new fast-food restaurants with drive-throughs. “This is the first proposal I have supported.”

Get a daily rundown of the top stories on Urban Milwaukee
Bauman said he appreciates the landscaping plan Pearsall is proposing. A rendering submitted to the city shows a parking lot on the south side of the property, but a patio facing N. 27th St.

In a letter, Stanley endorsed the proposal and thanked Pearsall for proposing to have indoor and outdoor seating, at least six garbage cans and agreeing to close by midnight.

Pearsall’s entire investment in the new restaurant, according to a Department of City Development report, is expected to be $300,000.

Bauman, Stanley and area stakeholders have made a concerted effort to clean up the N. 27th St. corridor in recent years. That includes denying the liquor license renewal of Gare-Bear’s, non-renewing a food dealer license for a Family Dollar store and having one-ton planters installed in the parking lane near intersections to deter reckless driving. A troubled convenience store was acquired and demolished on the northeast corner of N. 27th St. and W. Wisconsin Ave.

The area is poised to see major investment in the coming years. A new state office building is proposed for the southwest corner of N. 27th St. and W. Wisconsin Ave. The northwest corner will house an extended-stay hotel, the Grand Avenue Suites, in the former Grand Avenue School. Ambassador Hotel developer and operator Rick Wiegand is advancing that project. 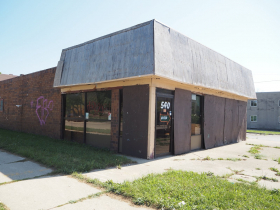 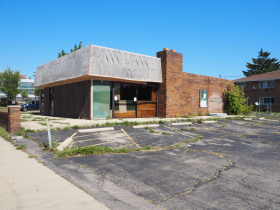