A high-profile endorsement in Democratic primary with nine candidates.

By Laurel White, Wisconsin Public Radio - Sep 15th, 2021 10:18 am
Get a daily rundown of the top stories on Urban Milwaukee 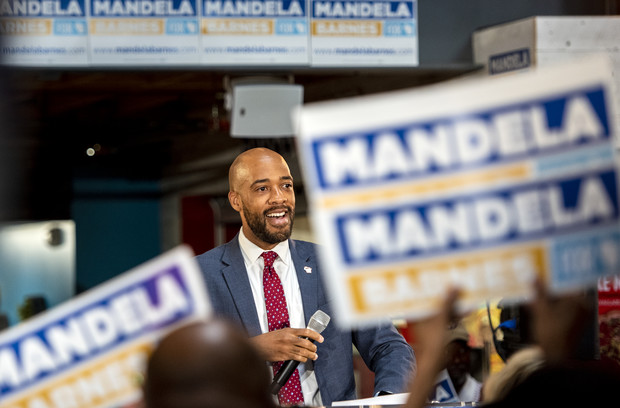 Lt. Gov. Mandela Barnes kicks off his campaign for U.S. Senate on Tuesday, July 20, 2021, at an event in Milwaukee, Wis. Angela Major/WPR

In a statement released by the Barnes campaign, Warren said the lieutenant governor is “the best candidate to defeat Ron Johnson and flip this seat in November.”

Johnson, the Republican incumbent, hasn’t announced yet if he plans to seek reelection.

“The Senate race in Wisconsin is crucial,” Warren said in the statement. “With Mandela Barnes fighting alongside me in the Senate, we have a real opportunity to build an economy that works for all of us, strengthen and protect our democracy, expand health care, and tackle the climate crisis head-on.”

In the same statement, Barnes said he is “honored” by the endorsement.

The lieutenant governor has also received the endorsement of Wisconsin U.S. Rep. Gwen Moore. No other current members of Wisconsin’s Congressional delegation have issued endorsements in the race.