A park with a curious history and perhaps the best 360-degree view of the city. 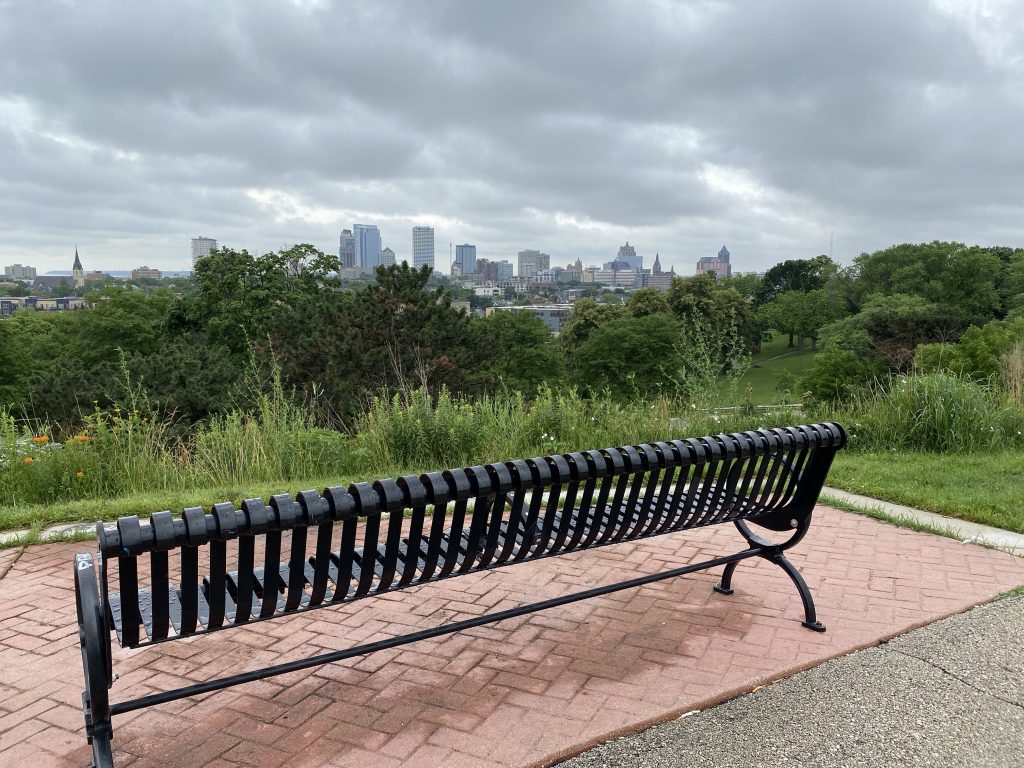 Distance: One mile
Start: At the corner of Bremen St. and Meinecke Ave.
Parking: On the street 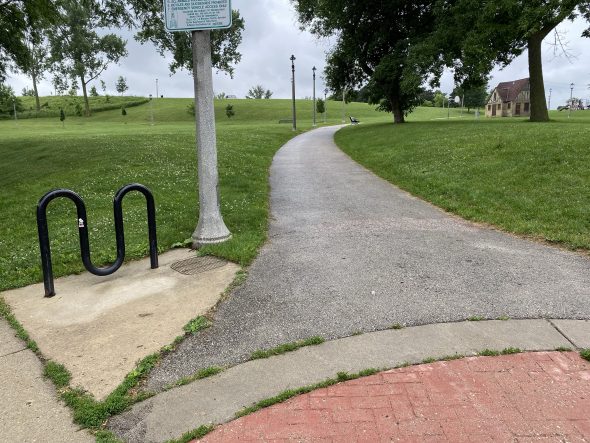 Where the walk starts. Photo by Cari Taylor-Carlson.

There’s a not-to-be-missed view of downtown Milwaukee’s skyline from a point on top of a hill just west of Humboldt Avenue on North Avenue. For many Milwaukeeans this may come as a surprise. You will find this view on top of Kilbourn Reservoir Park which you can access from the imposing steps that lead straight up the hill off North Avenue, or, from a gentle, more manageable trail at the corner of Bremen Street and Meinecke Avenue where this walk starts.

But before walking up the hill to the view, consider the American Legion Star Emblem emblazoned on the side of the hill. If you are like many Milwaukeeans, and I include myself in that group, you have driven past that emblem hundreds of times without questioning what it is and why it’s there.

The former reservoir on top of the hill has an interesting history. It was part of the Milwaukee water distribution system for 130 years until it shut down in 2004. The reservoir was built in 1873 to store and distribute drinking water on land donated by Byron Kilbourn, land which he designated to be public park land in perpetuity. This open-air reservoir was 25 feet deep and held 21 million gallons of water. It wasn’t until 1979 that the city added a concrete roof to protect the water. Prior to the addition, chlorine was weighed and pumped into the water to purify contaminants that fell from the sky.

The water for the reservoir came from the pumping station located in what’s now the North Point Historic District. That water was drawn from Lake Michigan from a tunnel that extended 2,100 feet into the lake and has since been modified.

After the reservoir was removed, the 35-acre Kilbourn Reservoir Park was created and 88,000 cubic yards of soil were trucked in to replicate the shape of the former reservoir. Grasses, plants, shrubs, and trees were planted and ornamental lights and benches were added. Thanks to Byron Kilbourn, the hill has been preserved as an exceptional landmark with an extraordinary view.

When you walk on the paved path on top of the hill, you are walking on the actual perimeter of the reservoir as you trace its unique seven-sided shape.

Our walk starts at the corner of Bremen Street and Meinecke Avenue. Take the paved path past the basketball court and past the playground until you see a small boarded up brick building. This is not the Kilbourn Reservoir Pumping Station, a brick building which still stands on North Ave. It created pressure for the reservoir and pumped water from the reservoir into the local distribution system. The reservoir was shut down in 2004.

Keep following the paved path and it will eventually take you back to where you started. Along the way notice the large grassy area in the center, some recently planted trees, prairie plantings including the colorful purple coneflower on the hillside, and of course that view.

Take a picnic, take a camera, and take some time to sit on a bench that faces Milwaukee’s downtown skyline. Come for the sunrise or stay for the sunset. You could be looking at the best 360-degree view in town. 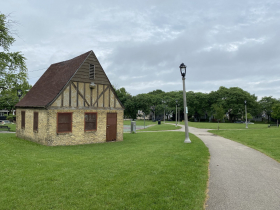 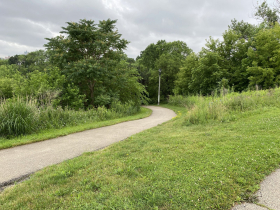 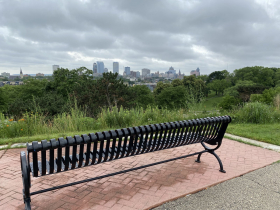 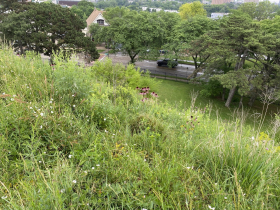 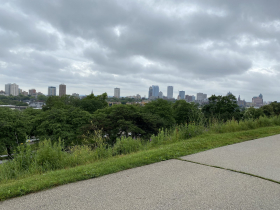 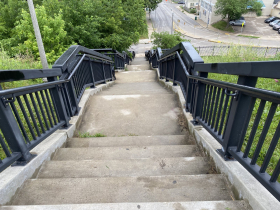