Huge gathering of officials for project lauded as momentous, exciting and historic. 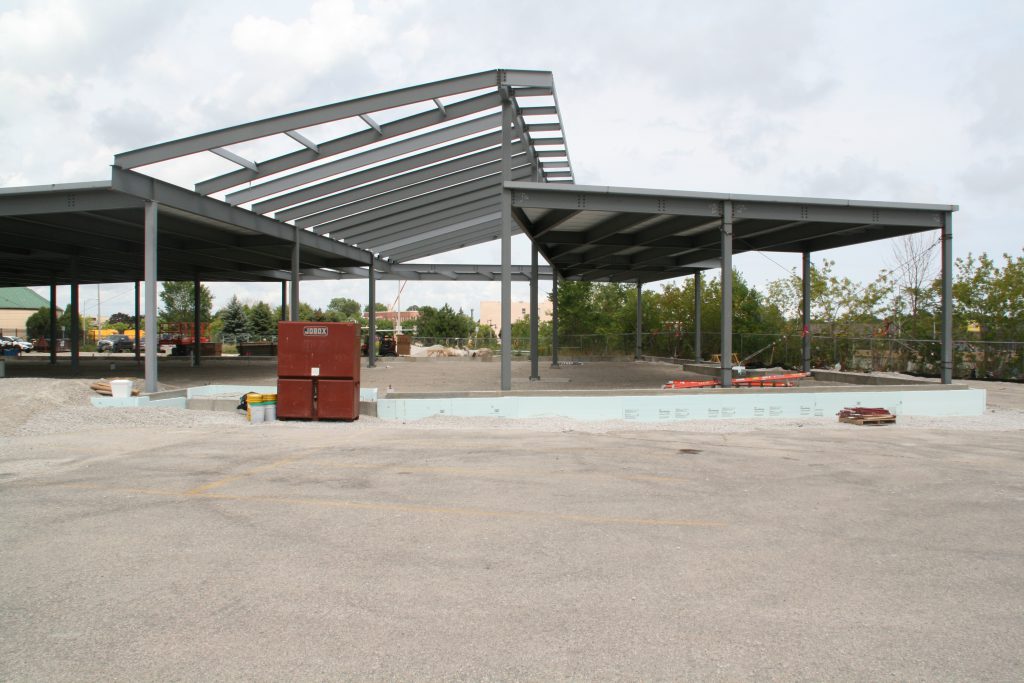 It is estimated that one in five people will experience a mental health crisis at some point in their life.

“Often one of the largest barriers to receiving support is knowing where to go,” said County Executive David Crowley at a well-attended ceremony Tuesday morning celebrating the new mental health facility being built at 1525 N. 12th. just outside of Downtown.

After more than 10 years of planning, the county and four medical partners are combining efforts and bringing help closer to those who need it. Milwaukee County’s new Mental Health Emergency Center will replace the current facility at 9455 W. Watertown Plank Rd. in suburban Wauwatosa. The facility is designed to help those needing short-term mental health care and serve as a connection point to more long-term support. It will be available to all county residents, regardless of their ability to pay.

The Milwaukee County Behavioral Health Division served more than 7,000 people at the Wauwatosa facility in 2019. But approximately 93% of the patients came from Milwaukee and more than 70% came from the 10 ZIP codes adjacent to the new facility.

“This is the definition of meeting people where they are,” Rep. Kalan Haywood II, in whose state assembly district the project will be built.

“It’s a historic public-private partnership that will benefit many community members for years to come,” said Bob Duncan, executive vice president of Children’s Hospital of Wisconsin. His organization is partnering with the county, Advocate Aurora Health, Ascension Wisconsin and Froedtert Health on the 12,000-square-foot facility. The county, as proposed, was expected to cover half of the cost, with the partners covering the rest.

“I consider this to be the most important thing we have done with mental health in the region in 30 years,” said Pete Carlson, president of Advocate Aurora Behavioral Health. Advocate Aurora will operate the facility, which includes a teaching component. Those experiencing a mental health crisis would be admitted, often for no more than 24 hours. Those needing Alcohol and Other Drug Abuse (AODA) treatment would be referred to another facility, as would those with health issues requiring an emergency room visit.

Get a daily rundown of the top stories on Urban Milwaukee
“This is the very type of intervention we are looking for when talk about reforming police,” said Congresswoman Gwen Moore.

Mayor Tom Barrett called it the right approach by the right partners at the right site. “This cannot be a law enforcement only issue,” said the mayor.

Maria Perez, chair of the Milwaukee County Mental Health Board, called it an “exciting day” to see the vision come to life. Mary Neubauer, board secretary, discussed her own battles with mental health issues and said the new facility represented significant progress. Both said they look forward to more collaboration between all the care providers.

Common Council President Cavalier Johnson called it a “momentous day” and drew laughs by building on bee-themed jokes offered by Crowley about the facility being abuzz with activity.

The facility will accept children as well as adults. “They will be able to do that free of stigma,” said Sen. LaTonya Johnson of those that need care.

Governor Tony Evers was the last to speak, a position he admitted was unusual for him. But he didn’t offer the least complaint. He announced a $5.7 million funding commitment from the Department of Health Services, including $4.5 million from the state’s federal American Rescue Plan Act allocation.

According to Duncan, the facility will cost $18 million to develop and start up as well as $12 million per year to operate. In addition to the new state contribution, Rogers Behavioral Health is also contributing $1 million to the facility. U.S. Senator Tammy Baldwin also submitted a $2.5 million federal funding request on behalf of the project partners.

The facility is being designed by Eppstein Uhen Architects. A partnership of JCP Construction and CG Schmidt is leading the general construction. It is being developed atop a portion of the county-owned parking lot that serves the nearby Marcia P. Coggs Human Services Center.

Six observation beds are included in the facility. The front door, which faces south, will be visible from nearby N. 12th St. and will serve voluntary admissions. Those arriving in custody as part of involuntary admission will enter through a screened, rear entryway.

The facility is part of a re-envisioning of Milwaukee County’s Department of Health and Human Services model that involves decentralizing services, partnering with other providers and adopting a “No Wrong Door” service model that connects all people with the service they need. A 2010 report from the Wisconsin Policy Forum was repeatedly referenced by presenters Tuesday, with WPF president Rob Henken in the crowd.

“This day has been many years in the making,” said Crowley, who just after the report was published started his first government job as an aide to then-County Supervisor Nikiya Dodd (now an alderwoman).

Richard Canter, an attorney who spent the latter part of his career with Ascension Wisconsin working on the facility, received a county proclamation from Crowley before the speakers gathered to sign a beam that will be used in the building’s structure. The beam is painted green, the color of the ribbon used to promote mental health awareness.

The event was abuzz with politicians beyond just those speaking. Senator Lena Taylor was in attendance, as were representatives Evan Goyke, Robyn Vining, Dora Drake, Sara Rodriguez, Supreme Moore Omokunde and Marisabel Cabrera. County supervisors in the crowd included Shawn Rolland, Felesia Martin, Patti Logsdon and Ryan Clancy. Council members Scott Spiker and Michael Murphy were among those in attendance, but area Alderman Russell W. Stamper, II was not. He was reported to be celebrating his 14th anniversary with his wife and represented by his assistant Dameon Ellzey. 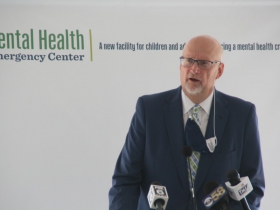 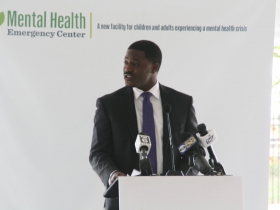 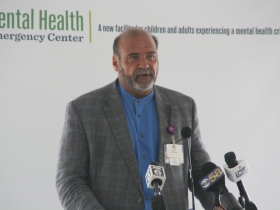 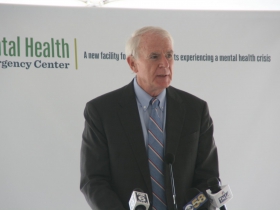 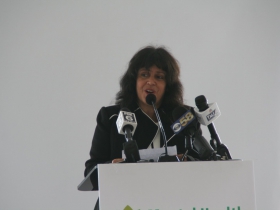 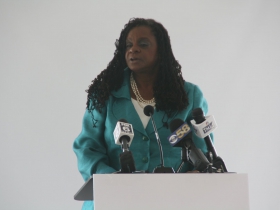 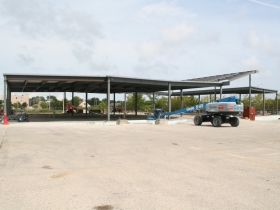 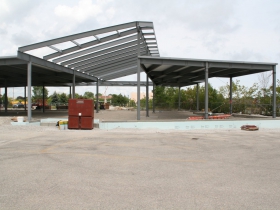 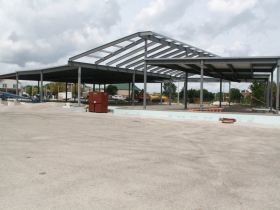 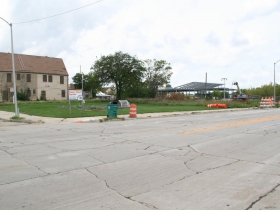