By Corri Hess, Wisconsin Public Radio - Aug 29th, 2021 01:52 pm
Get a daily rundown of the top stories on Urban Milwaukee 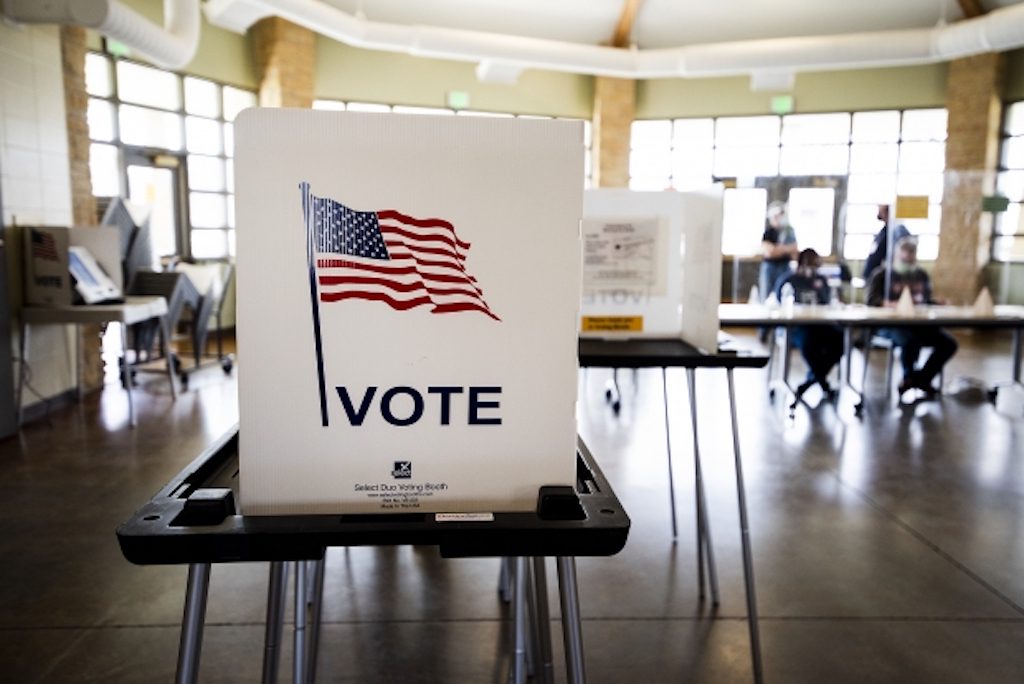 A polling location is open for voters in the spring election Tuesday, April 6, 2021, at Tenney Park in Madison, Wis. Angela Major/WPR

A Republican attorney who has tried unsuccessfully to overturn the results of Wisconsin’s 2020 presidential election has filed a lawsuit against the City of Racine under the state’s Open Record’s law.

Erick Kaardal, an attorney for the conservative Thomas More Society and a former secretary and treasurer for the Republican Party of Minnesota, has been trying to prove that a group with ties to Facebook CEO Mark Zuckerberg had too much influence over the voting process in Wisconsin’s five largest cities.

Racine was one of the cities that received grant money in 2020 from a group called the Center for Tech and Civic Life, an organization funded by Zuckerberg and his wife, Priscilla Chan.

Kaardal argues the way the money was used violated federal law. He believes emails between Racine officials will prove that, but said multiple open records requests made by conservative groups The Wisconsin Voters Alliance, HOT Government and state Rep. Janel Brandtjen, R-Menomonee Falls, who are all named as plaintiffs, were not answered.

Shannon Powell, chief of staff for Racine Mayor Cory Mason, said the city attorney has been filling open records requests related to the Center for Tech and Civic Life.

“The City of Racine received extremely broad Wisconsin Public Records Law requests from Attorney Erick Kaardal, on behalf of the Wisconsin Voters Alliance, Representative Janel Brandtjen, and Mr. Harry Wait (HOT Government) regarding the City of Racine’s acceptance and use of grant funds from the Center for Tech and Civic Life,” Powell said in a statement. “The city responded to such requests in July 2021 by providing many hundreds of documents. None of these requestors have contacted the city regarding insufficiencies to those responses, nor have they submitted follow-up requests.”

The plaintiffs held a press conference in downtown Racine Wednesday. It was attended by about a dozen people.

In July 2020, Milwaukee, Madison, Green Bay, Kenosha and Racine announced they would share $6.3 million in grant funding from the Center for Tech and Civic Life to help run the election during the pandemic.

The center said it awarded grants to a total of 221 counties, cities, towns and villages in Wisconsin as part of more than 2,500 election grants handed out nationwide.

Kaardal filed two lawsuits, one in state court and one in federal court, challenging the grants on behalf of the Wisconsin Voters Alliance. He lost both cases. He also filed and lost similar lawsuits in other swing states.

On Wednesday, Kaardal said despite the previous losses, he believes these cases still have a chance in Wisconsin.

“The state of Wisconsin has a fabulous law — unbelievable, very impressive — and that law is a voter in that jurisdiction can sue an official for violating election law,” Kaardal said. “And so, because there is such a secure path, even the cities aren’t challenging that.”

In addition to Kaardal’s lawsuits on behalf of the Wisconsin Voters Alliance, he also represented rapper Kanye West in West’s unsuccessful bid to get on Wisconsin’s presidential ballot.