By Laurel White, Wisconsin Public Radio - Aug 23rd, 2021 12:00 pm
Get a daily rundown of the top stories on Urban Milwaukee 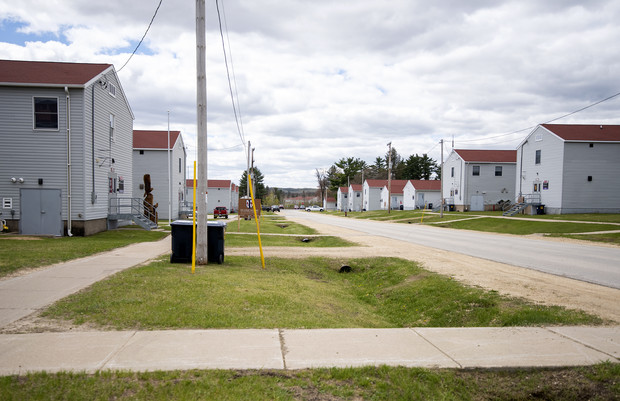 Buildings inside of Fort McCoy on Friday, May 7, 2021, between Tomah and Sparta. Angela Major/WPR

Some Wisconsin Republicans are pushing back on Wisconsin’s potential acceptance of thousands of refugees fleeing Afghanistan, citing concerns about public safety and the cost to taxpayers.

Last week, federal officials said Fort McCoy, located near Tomah, was one of a few sites under consideration to receive an undetermined number of Afghan refugees over the next several weeks. At the time, officials said up to 22,000 individuals in total would be housed at three sites in the United States.

While a number of groups and politicians, including Gov. Tony Evers, have lauded Wisconsin’s potential role in supporting the refugees, some Wisconsin Republicans have raised concerns. On Friday, state Sen. Patrick Testin, R-Stevens Point, sent a letter to the governor saying the state doesn’t have enough information about the refugees to ensure Wisconsinites’ safety.

Testin argued the governor should provide information about how many refugees arrive in the state, their health status, how much relocating the refugees is expected to cost taxpayers and “ejection of any refugees found to have terrorist ties.” He also said thousands of new refugees could strain public safety and health care systems in rural Wisconsin.

In an interview, Testin said he’s committed to welcoming Afghan allies to the state.

“We want to make sure that we are helping those that truly need to be helped, those who have helped our U.S. efforts overseas over the course of the last 20 years,” he said. “We’re not trying to make this overly political, we just need some answers.”

The governor’s office didn’t have a response to Testin’s letter Friday, but reiterated the governor’s previous statements about welcoming Afghan allies to Wisconsin. GOP leaders in the state Legislature didn’t respond to requests for comment.

Last week, Garry Reid, lead for the U.S. Department of Defense’s crisis action group for Afghanistan, said refugees who arrive in the U.S. will have been prescreened by Homeland Security and will go through full immigration processing once they arrive.

“Our national security has been deeply degraded in the months since January 20 and allowing the mass entry of foreigners from a known hotbed of terrorism will only make this situation far worse,” Tiffany said in a prepared statement.

Tiffany noted he voted in support of legislation earlier this summer related to the resettlement of Afghan refugees in the U.S., but said he had concerns at the time about not having refugees first sent to another country while they undergo vetting.