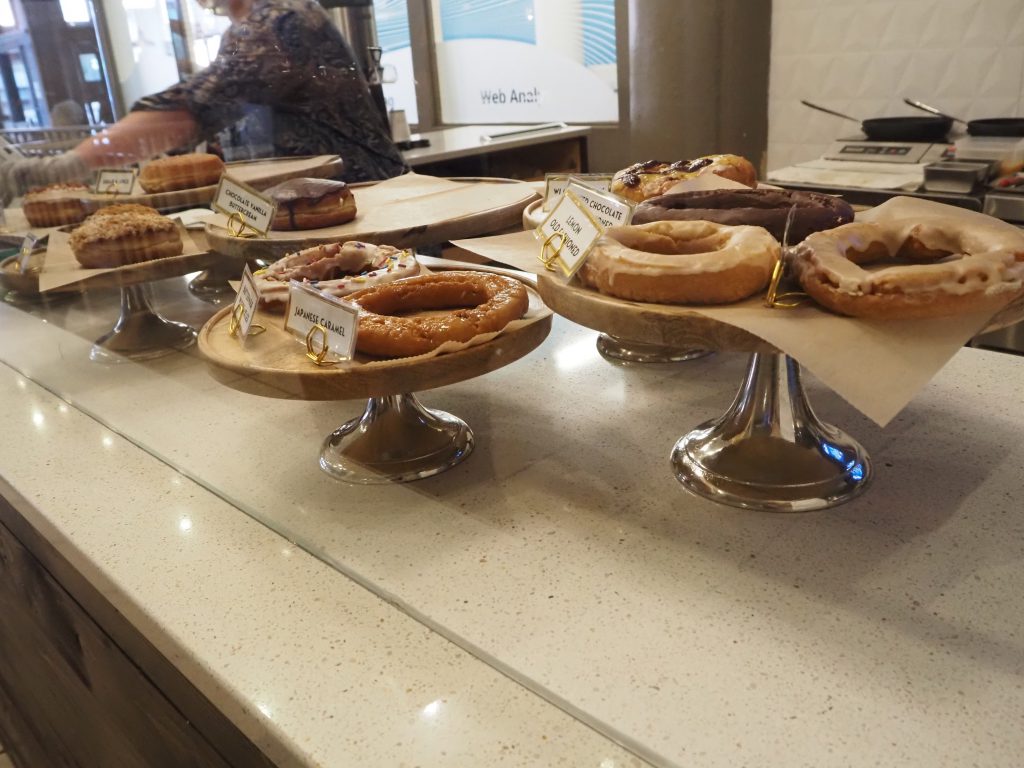 Looking for a new place in the Historic Third Ward to grab a sweet treat? Donut worry.

This is the second brick-and-mortar location for Donut Monster, the first being 5169 N. Elkhart Ave. in Whitefish Bay. The shop also sells at farmers markets in Shorewood and Wauwatosa.

The donut shop was started by husband and wife team Jackie and Sara Woods. Jackie Woods is also a chef and partner at Brute Pizza with Paris Dreibelbis.

Donut Monster’s new location used to hold another donut shop: Holey Moley Coffee + Doughnuts. Holey Moley closed its doors in February to focus on its full-service restaurants and some expansion projects, according to a statement on its website.

The new restaurants join Fool’s Errand and FreshFin Poke alongside a series of office tenants in the Landmark Building.

The owners also have plans to open a pizza shop in the same location, which will open after Donut Monster closes in the afternoon. It will be called Brute Pizza and it will specialize in sourdough pizzas. It will be open later in the day. Brute pizza was originally a pop-up restaurant, and the location in the Third Ward will be its first brick-and-mortar site. Jackie Woods said that Brute Pizza will open soon. 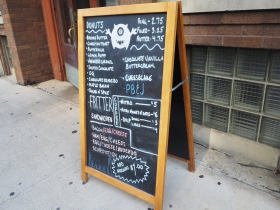 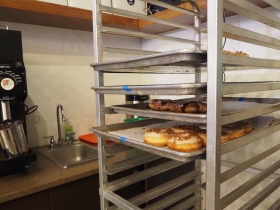 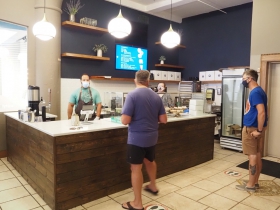 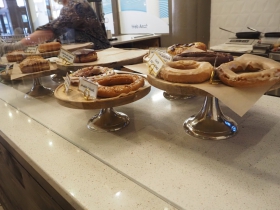