And perhaps the best place in town to order birria. 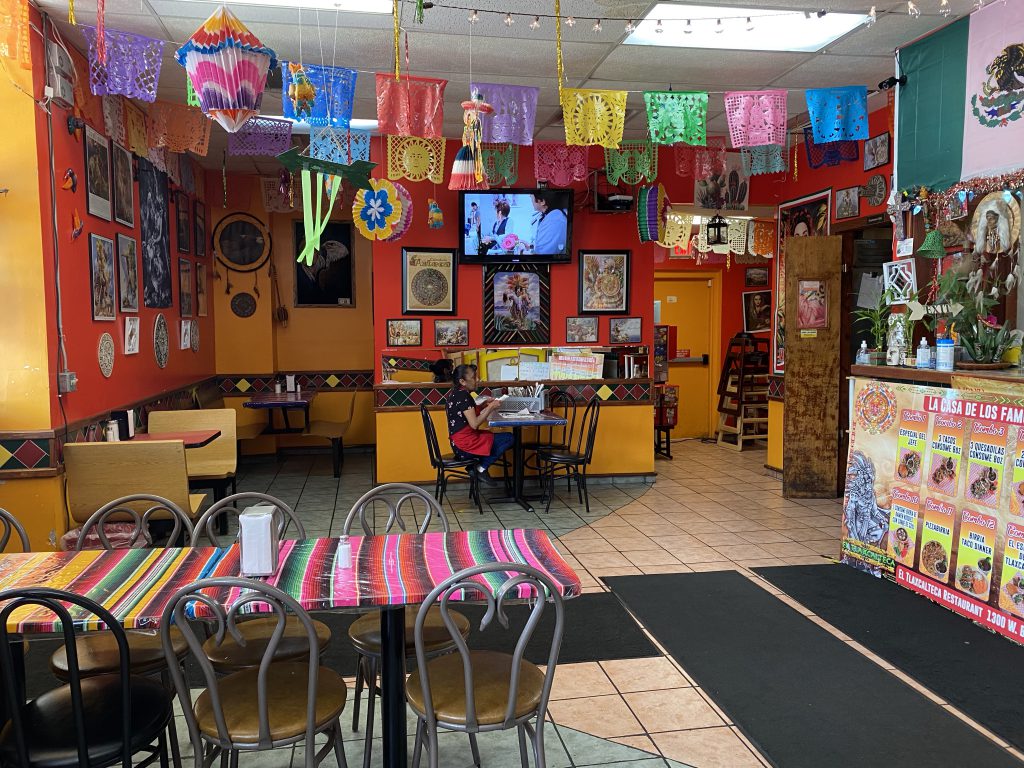 El Tlaxcalteca Restaurant, located in the corner of a plaza that also houses El Rey Food Mart, is one of Milwaukee’s most charming and authentic Mexican eateries. When you step inside you know something good is coming from el cocinero,“the chef” in this tiny restaurant. It’s colorful, from the pink and orange striped table coverings to the bright red walls, the art, and the multi-colored Day of the Dead flags suspended from the ceiling. You could be in a dive in Mexico City instead of a South Side eatery and that first impression will follow you as you sample their Mexican dishes.

Tlaxcala might be the second smallest state in Mexico after the Federal District, home of Mexico City, but one of its best-known dishes, birria, is not to be missed.

Birria is the dish that led me to El Tlaxcalteca and it has remained a  favorite go-to for Mexican meals when I need a really good taco, one that’s unique to a select few local restaurants. To make the beef birria at Tlaxcalteca, the chef first marinates the meat in a mixture of spices and cooks it in a broth until it falls off the bone. This tender meat is shredded and served in a taco shell along with a cup of consommé made from the broth. To assemble the taco, the chef fries the tortilla, dips it in the broth, and then adds the shredded meat. This gives the taco extra flavor. It’s served with cilantro, chopped onion, and that broth or consommé, similar to the beef broth that accompanies a French dip sandwich. It can be messy, many napkins required, but the juicy meat enhanced by a dip in the tasty consommé is a bite into classic Mexican cuisine. In Mexico it’s rumored that a birria taco after a big night will cure a hangover.

If you want the birria but a taco isn’t your first choice, there are other ways to get a birria fix on Tlaxcalteca’s extensive menu. You can order quesadilla de birria, tortas, sandwiches de birria, birria fries, birria in a bowl with ramen noodles, birria nachos, or a burrito de birria. The burrito is a giant meal, a crisp flour tortilla stuffed with rice, beans, cheese, chopped onion, cilantro, and an ample serving of that juicy meat. There are multiple layers of flavor in each bite, especially after a hearty dip in the consommé.

The Chile Rellenos de Queso were aptly named as two extra-large poblano peppers are breaded, fried, liberally filled with melted cheese and served on a spicy red sauce. Like the Chile Rellenos, the Enchiladas, three to an order, have more than enough melted cheese inside as well as layered on top of the tortillas. If you are heat-averse, order the enchilada with mild salsa verde. Either way this dish will satisfy your cheese craving.

The Sincronizada was a surprise. In Mexico, a sincronizada is a quick sandwich, two flour tortillas filled with melting cheese, and a slice of ham, a basic boring ham and cheese sandwich. Here they call it Sincronizada Hawaiana and add a slice of pineapple, a fast and cheap mini-meal.

If you have enough patience to remove tiny bones, the Mojarra Frito, a whole deep-fried tilapia, makes a filling meal. A companion from Columbia familiar with the dish ordered it to avoid any heat, and reported it was delicious.

In Mexico lamb and goat are most commonly used to make birria tacos. If you want lamp instead of beef, order the Especial de la Casa, Barbacoa de Borrego, lamb tacos, also served with chopped onions, cilantro, and consommé.

Come in the morning before 11:00 and you can have Chilaquiles El Tlaxcalteca, tortillas smothered in red or green sauce, covered with cheese, three eggs, steak, onions, and sour cream. Or for something less traditional there’s a Vegetarian Omelette, Pancakes, and French Toast.

For dessert you can indulge in Fried Plantains with sweetened condensed milk and strawberry jam or Funnel Cake Fries. And of course, always ask for the special of the day.

There is more on this vast menu, too much to describe in a brief review. There is also a reason Tlazcalteca stands out as uniquely traditional among the plethora of Mexican restaurants in Milwaukee. Here you can order beef head, pork rinds, and tongue in a taco, or Menudo: tripe soup, to go, by the quart or the gallon.

Because everything is made to order, you might have a longer wait than usual, however, the server is friendly, willing to answer questions, and you will leave with a full belly and a smile. 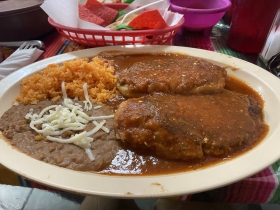 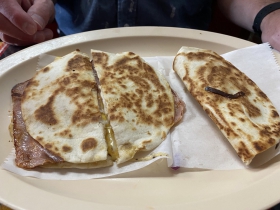 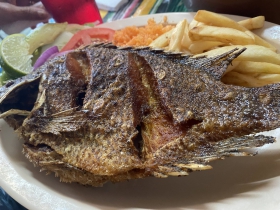 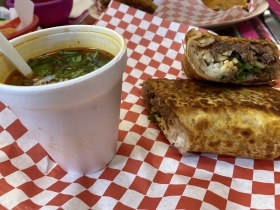 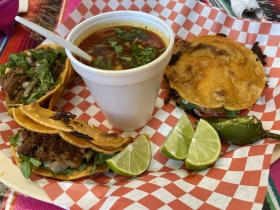 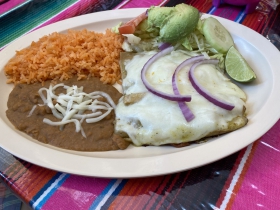 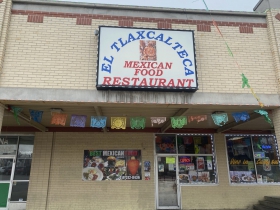 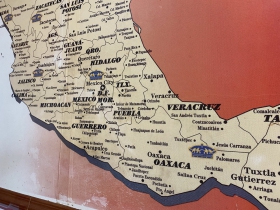 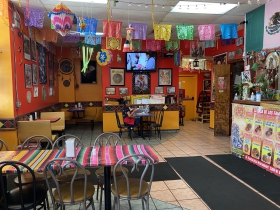 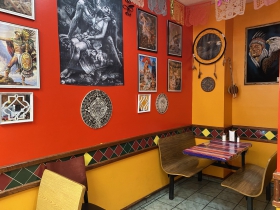