New Pub For The Brewery District 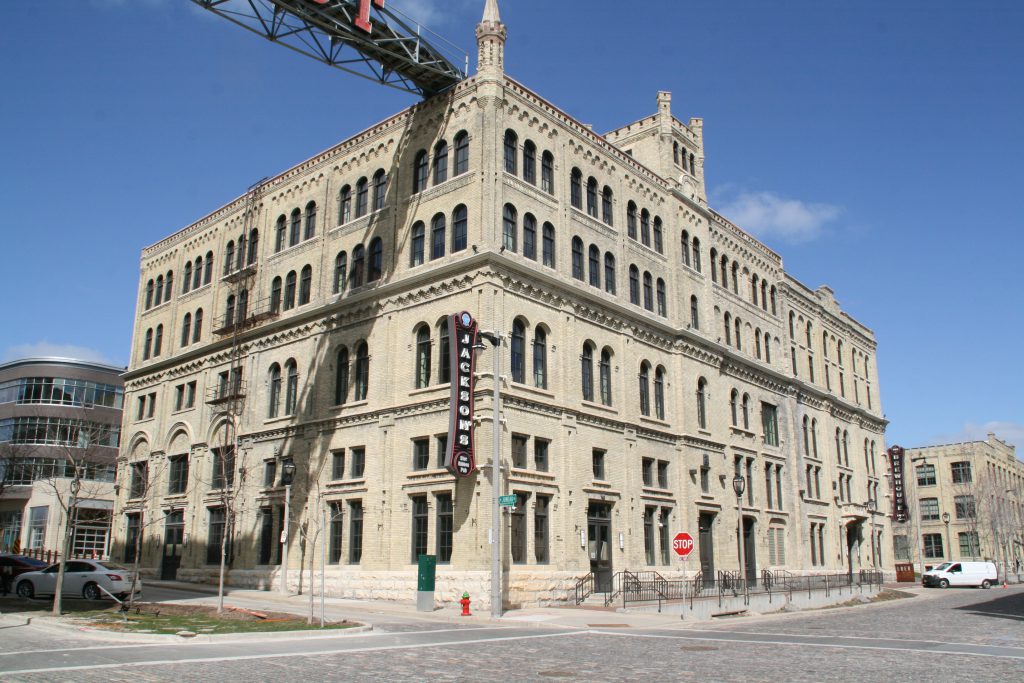 A new pub called On Tap is planned to fill the space most recently occupied by Jackson’s Blue Ribbon Pub, 1203 N. 10th St.

Located in The Brewery District, Jackson’s closed in September 2020 as a result of a pandemic-induced business downturn. The business was owned by Mark Zierath, and originally opened in 2013.

The owners of the attached Brewhouse Inn & Suites hotel, Gorman & Company, will own and operate the new bar.

“Unfortunately, COVID caused Jackson’s to close,” said Gorman regional manager Dennis Clark in an interview with Urban Milwaukee. “And we [Gorman & Company] now have experience with hotels and restaurants that we didn’t when Jackson’s first opened, so we’ve decided that we can now expand into that area.”

The 4,978-square-foot space has a 300-person capacity, leading Jackson’s to rely heavily on large groups including weddings and pregame parties for Fiserv Forum events. It also featured a Pabst-inspired design and a drink menu that offered Pabst beers in virtually any size.

On Tap will have a more upscale menu than Jackson’s did, according to Clark. Chef Robert Sikkila will lead the restaurant. He also oversees the 1844 Table & Mash in Kenosha, another hotel restaurant owned by Gorman & Company.

Sikkila, in an interview, described the vision for On Tap as an “upscale gastropub” and said that some menu highlights include a Friday fish fry and Door County cheese curds battered in Pabst Blue Ribbon beer.

“We’ll definitely focus on local and seasonal whenever possible,” Sikkila said. “And just really celebrating Milwaukee and the whole state of Wisconsin.”

Clark said that the inside of the space will have a similar look to Jackson’s. Once open, he hopes to have live music in the pub.

Get a daily rundown of the top stories on Urban Milwaukee
“It’s not a huge space, so it’s not somewhere you can have a lot of big-name bands or anything like that. But a lot smaller, two-three piece groups,” Clark said. A 2,247-square-foot patio overlooks W. Juneau Ave.

The brewhouse, which was built as part of the Pabst complex in 1877, was redeveloped into a four-story, 90-room hotel starting in 2011.

Clark plans to open On Tap as soon as the license application is approved.

“We’re moving forward,” Clark said. “We’re in the process of hiring our staff and getting it ready to go. But as soon as we can get that license approved we should be, hopefully, ready to open.” The Common Council could first consider it in September.