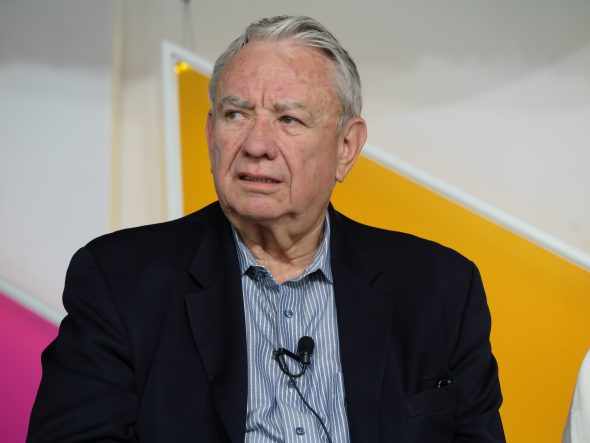 Republican Rep. Adam Neylon was two years old when Tommy Thompson took the first of four oaths of office as governor in January 1987. Thompson was the powerful leader of the state’s Republican Party, dominating the Capitol for 14 years.

Fast forward to 2021, and Neylon, of Pewaukee, and Republican Sen. Steve Nass, of Whitewater, co-chair the Legislature’s Joint Committee for Review of Administrative Rules (JCRAR) and Thompson is the interim president of the 26-campus University of Wisconsin System.

Thompson is widely credited with being an effective president, stabilizing the UW System and championing it since taking the job on July 1, 2020. He got the Republican-controlled Legislature and Democratic Gov. Tony Evers to agree on the most pro-UW System budget in years, for example.

Thompson has been especially proud of how the UW System has responded to the COVID-19 pandemic. He created a “war room” to daily monitor campus-by-campus COVID-19 test numbers, and chart the positives/negatives; and he worked closely with leaders on individual campuses on ways to control the pandemic.

That’s why Thompson was upset when Nass and Neylon proposed, and last week got JCRAR to approve, an order telling the former governor that the UW System would have to submit to the committee its pandemic safety plans for the fall semester, which starts in less than a month.

Nass, Neylon and four other Republicans on the committee voted for the order; four Democrats opposed it.

With the vote, Republican legislators “told the UW System they can no longer ignore state law with regards to COVID-19 mandates impacting students and visitors,” Nass said in a statement.

When JCRAR demanded oversight, Thompson pushed back, saying, “Given my experience as a former United States Health and Human Services Secretary, I know the biggest threat to in-person classes this fall would be actions that strip the UW System of the tools it has so successfully used to date to address outbreaks and reduce the spread of COVID-19.”

“Just as we have this past year, the UW System will continue to use its authority to take nimble and reasonable steps that enable us to keep our campuses open for the education students need, parents expect, and Wisconsin deserves,” he said.

After the committee vote, UW System spokesman Mark Pitsch said it felt “like a political statement” and repeated that the System will continue “doing what needs to be done to safely open for in-person teaching.”

Hours after the committee’s mail-in vote was announced, UW-Madison officials said the increase in COVID-19 cases caused by the Delta variant forced the immediate reinstatement of a mask requirement for all activities on the largest campus, which begins classes Sept. 8. UW-Milwaukee had earlier issued the same masking edict.

Because of the jump in COVID-19 cases, Evers last week also ordered that all executive branch state employees must wear masks when in state office buildings.

Past UW System policies, approved by the System’s Board of Regents, have not been reviewed  by the Legislature’s JCRAR.

Nass and Neylon want to expand the committee’s jurisdiction after a state Supreme Court ruling that limited the governor’s emergency rule-making authority, without the Legislature’s explicit approval. The showdown between JCRAR and the UW System does not involve Evers, whose appointees now make up a majority of the Board of Regents.

Nass hopes the UW System complies with the demand but he is also prepared for a court fight over JCRAR’s authority, Mike Mikalsen, his chief of staff, told the Wisconsin State Journal. “Sen. Nass will support legal challenges to force compliance.”

The challenge to the Thompson-led System is one more sign that the former governor’s leadership style of compromise isn’t in the political DNA of current Capitol Republican leaders.

Thompson has doubted whether he could be elected governor again, given the Republican Party’s new brand of conservatism. He is also a lame-duck System leader, since a second  search committee was recently named to pick a permanent president.

But the 79-year-old Thompson governed by mastering the art of the Capitol deal. Can he cut one more deal that avoids a showdown with his party’s current generation of leaders?