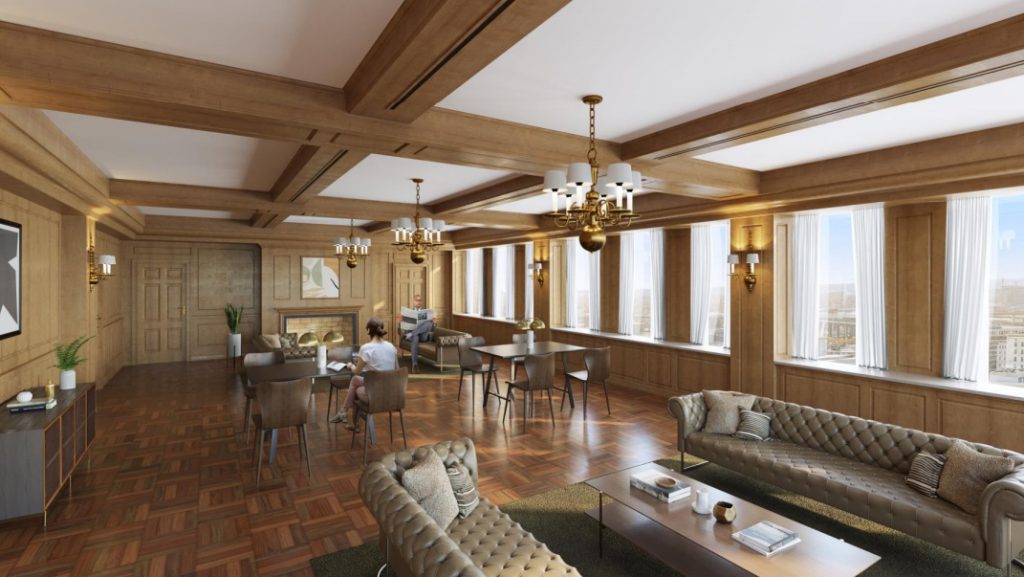 Real estate development firm Irgens could redevelop the former M&I Bank Building, now known as 770 North, into 231 apartments. A mix of market-rate and affordable housing, the building would include turning the former executive suite into a tenant lounge with a library, coworking space and bar area.

The firm first publicly discussed the plans at a Monday meeting of the Historic Preservation Commission. It marks a departure from the firm’s earlier plans to renovate the 20-story building as class A office space.

Built in 1968, the International Style building served as the headquarters for Marshall & Ilsley Bank before the bank was acquired in 2011 by BMO Harris Bank. In 2016 BMO announced that Irgens would build a new tower for the bank on the site of the former M&I parking structure. Irgens completed that building, the 25-story BMO Tower, in 2020. The two buildings are now attached at the base through a connector building.

“It was about August of last year, through the evolution of the pandemic we realized that the highest and best use for this property would be 100% multi-family on the upper floors, two through 20, and first floor retail,” said Irgens development representative Andrew Spataro.

Irgens expects the downtown market to favor housing over office space, at least for the type of office space the renovated building, 770 N. Water St., would offer. 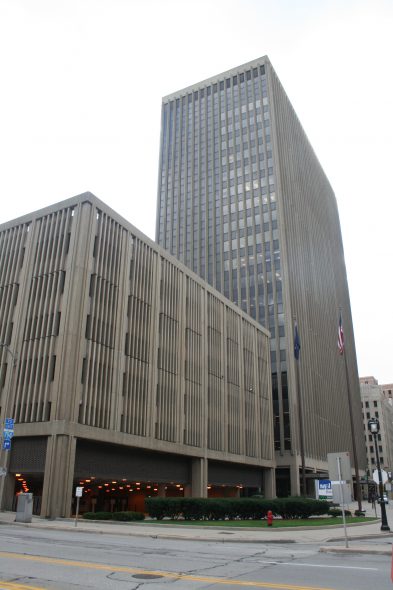 The firm, which specializes in office development, is seeking city support for its nomination of the 290,000-square-foot building to the National Register of Historic Places. Listing the building on the register would unlock access to historic preservation tax credits.

Leveraging the federal and state credits, which would cover up to 40% of applicable costs, would ensure that any redevelopment work is done in accordance with National Park Service standards.

That means the former M&I Bank retail lobby, clad in wood paneling, would be maintained wherever possible.

The former executive suite on the sixth floor would also be at least partially preserved. But instead of a board room and offices for big wigs, the space would be an amenity level for tenants. A library/lounge space is planned, as is a pub room and coworking space.

Most of the floors would consist of 14 units, a mix of studio, one-bedroom and two-bedroom layouts. Approximately 20% would be set aside at below-market rates through the low-income housing tax credit program.

“The expectation is, and we have been in discussion with [the Wisconsin Housing and Economic Development Authority], is that 20% of those units would be affordable,” said project consultant Dick Lincoln.

Twelve penthouse-style units would be created on the building’s top floor. The 20th floor, used primarily for building mechanical systems, is a double-height floor with a mezzanine, leading to confusion over how many floors the building has. The application calls it a 21-story building. The City of Milwaukee Assessor’s Office counts it as 20 stories.

A 4,000-square-foot rooftop deck would be constructed atop a four-story structure that protrudes from the southeast corner of the building along E. Mason St. Using historic preservation tax credits would prevent the addition of balconies.

The third floor, once a cafeteria level, would become apartments, as would the eighth floor, the original computer processing center.

Get a daily rundown of the top stories on Urban Milwaukee
Irgens publicly contemplated using the building for housing, office space, a hotel or a combination of at least two uses before settling on the latest iteration. The firm has already cleaned the concrete columns that define the tower’s exterior and replaced the windows. In 2020 it installed a green roof.

A new, two-story parking structure would be constructed atop a surface lot behind the building at 769 N. Broadway. Irgens once considered a pocket park on the 0.36-acre site.

Tenants would be able to walk between the first floors of both buildings, including the BMO bank branch in the new building, the Fiddleheads Coffee Roasters cafe in the connector building, a Broadway-facing restaurant tenant in the new tower and the retail tenant in the former M&I building.

Kahler Slater, which led the design on BMO Tower and recently relocated its offices to the building, is designing the 770 North redevelopment. 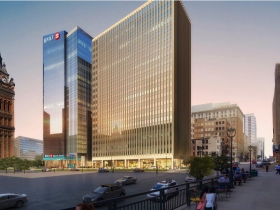 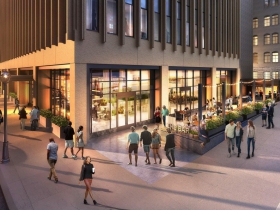 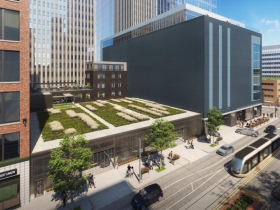 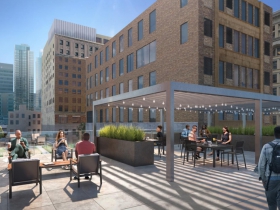 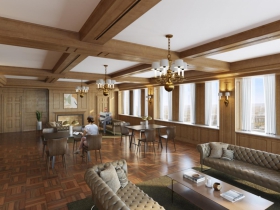 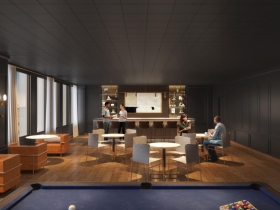 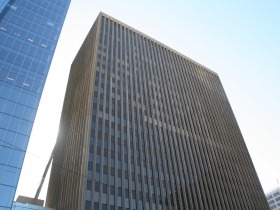 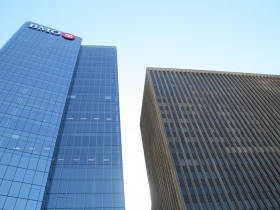 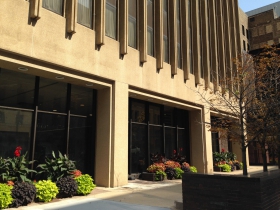 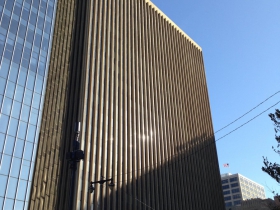 Is This Building Historic?

Irgens hired MacRostie Historic Advisors to support its listing efforts, but the commission has deferred its decision on providing a recommendation multiple times.

The federal and state government will provide developers with “the carrot” — the tax credits. The local commission uses “the stick.” Owners of locally-designated historic buildings must receive approval for any exterior modifications, with no incentive beyond a collective interest in maintaining historic integrity. The 770 North building is not locally designated, nor are many buildings on the national register.

But the local commission is asked to weigh in on potential state and federal designations. Commission staffer Tim Askin said those recommendations, or the absence thereof, carry considerable weight. In May of this year, the commission opted not to endorse St. Catherine Residence of Young Women, 1032 E. Knapp St., because of its many alterations.

Commission chair Alderman Robert Bauman has publicly mused about doing the same with the M&I building.

MacRostie representative John Cramer compared the building to other designated post-war towers in Chicago and other Midwest cities.

“It’s getting like the definition of blight under the TIF law,” said Bauman, after mentioning Cramer’s example of the IBM Tower in Chicago. Tax incremental financing deals require the subject properties to be designated as blighted, a threshold easily met.

“Let’s not go down that rabbit hole today,” responded Lincoln with a laugh.

Askin said he is comfortable with the request following modifications to the application. “I feel like they have passed the bar at this point with their nomination,” he said.

The commission staffer said that, less the parking garage demolition, the building is quite intact. A fact that Bauman agreed with, but he did not that the bank lobby has been changed since he briefly worked in the building in the 1970s.

“The elimination of that parking structure I think improves your chances, not diminishes them,” said the area alderman.

The commission unanimously endorsed the nomination.

Irgens will make its case to the state historic preservation officer on August 20.

One thought on “Eyes on Milwaukee: Former M&I Building Could Become 231 Apartments”