Downer-Newberry Area All About Architecture

Chic shops, historic homes in one of the city’s most architecturally diverse neighborhoods. 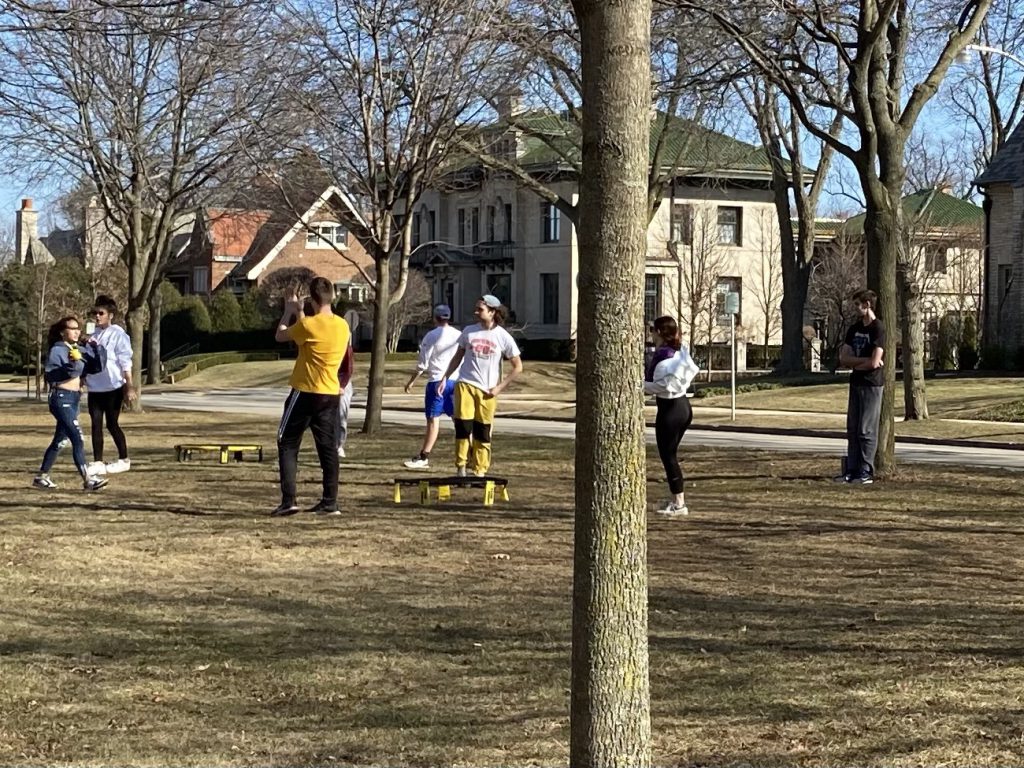 Distance: One to two miles

Start: At the corner of N. Downer Avenue and E. Webster Place

Judge Jason Downer would be surprised at the bustle on his namesake street. After he made a generous donation to Wisconsin Female College in Fox Lake, the college was renamed Downer College in honor of its benefactor. When the college relocated to Glen Avenue on Milwaukee’s east side, Glen Avenue became known as Downer Avenue. Today we know the former Downer College by the name of the university that absorbed its buildings, UW-Milwaukee.

Downer Avenue from E. Webster Place to E. Newberry Boulevard is pure East Side, as stylish matrons, funky hippies, and restaurant aficionados jam the street where sidewalk seating and people watching has become an everyday warm weather sport. This is not what Downer looked like in the early 1800s when hogs roamed Milwaukee’s neighborhoods.

As Robert W. Wells reported in “This is Milwaukee” in 1970, “After the villages eastern and western halves started passing new rules, among them, one that forbade hogs to run at large. In 1840 this was considered a ridiculous example of bureaucratic interference in the natural state of urban life by many citizens. They pointed out that the hogs provided an efficient garbage disposal system and didn’t charge a cent.”

Downer is a fine walking street where the ghosts of Webster’s Bookstore, the Chancery, Ma Jolie, Foot Gear, The Coffee Trader, and the Book Bay have been replaced by Belgian beer at Café Hollander, margaritas and tacos at BelAir Cantina, Four Cheese Ravioli and Meatball Sliders at Pizza Man, baguettes and boules at Breadsmith, and a Vanilla Latte at Starbuck’s. You can pick up coffee and a scone at Stone Creek Coffee, toilet paper at CVS Pharmacy, a screwdriver at Downer True Value Hardware, or a picnic from the deli at Nehring’s Sendik’s on Downer. If you need a manicure, stop in at Nail Bar Milwaukee; you can purchase new stylish glasses at Optics on Downer; and for overall body aches, check out Athletico Physical Therapy.

There is one remnant of the past at the corner of Downer and Webster, Boswell Book Company. Under different owners, this has long been a book store. At Boswell you can browse, choose a book, and sink into a comfy chair with your purchase.

Newberry Boulevard was named for a wealthy Chicagoan, Walter Loomis Newberry. He was an affluent landowner who owned thousands of acres of land in Wisconsin and that included property in Milwaukee. He also had the unfortunate luck to expire on a ship headed to Europe in 1868. He finished the trip, nicely preserved, thanks to the captain who tucked his body into a cozy makeshift coffin, a rum barrel.

Newberry has the mark of a Frederick Law Olmsted design. It’s elegant and wide, with homes set back from the boulevard, lovely trees, and a grassy median. Maple and elm trees were planted on the median to add a leafy canopy to this park-like strip of green. Olmsted envisioned it as a promenade between Lake Park and Riverside Park, formerly River Park, both of which he designed. In 1994 Newberry was added to the National Register of Historic Places, thanks to Olmsted’s design and the elegant homes along the boulevard.

Most of the approximately 100 homes were built in the early 20th century. As Shirley du Fresne McArthur in North Point Historic Districts-Milwaukee noted in 1981: “The architectural styles on Newberry followed the social patterns of the period. As people prospered, they wanted to spend their wealth on grander homes. The houses we live in reflect our personalities more than we realize. The English, French, Prairie, and Italian styles, were the primary influences on Newberry, a microcosm of the styles that were influencing most Americans of the same period.”

For the walk, start at the corner of Webster and Downer, walk north on Downer, and turn right on Newberry. Between Downer and the turnaround at Lake Drive, there are three houses of particular interest. At the corner of Lake and Newberry, the Gallun Residence, a Tudor mansion, is one of Milwaukee’s largest homes. It’s surrounded by a magnificent wrought iron fence, said to be one of the finest in Wisconsin. Across the street at 2009, the Carl Miller Residence made of Indiana limestone, has a unique two-story passage to connect the home with the garage and the servant’s quarters. At 2727, the Goldburg Residence might be the most spectacular home on the boulevard. It was also the first home built on Newberry. Whether you call it Victorian or Gothic, it’s a stunning example of the period. Behind its gables and turrets are 17 rooms, including seven bathrooms and eight fireplaces.

To continue the walk, turnaround at Lake Drive and walk west on Newberry. After you cross Downer, you will come to the Dr. Thomas Robinson Bours House at 2430, once attributed to Frank Lloyd Wright. There is a strong resemblance, however, it was designed by Russell Barr Williamson, a prominent local architect who worked for Wight for two years.

In summertime, take a moment to pause at the northwest corner of Newberry and Stowell to admire the spectacular gardens that surround this home where a masterful gardener created a color palate of flowers and shrubs, with surprises everywhere you look.

When you come to Farwell, turn left, and left again at Webster Place. You will pass the Epikos Church, a Bible-based, non-denominational church at Farwell and Belleview, one of four in the greater Milwaukee area. When you intersect Downer, you have completed the loop and returned to start.

To extend this parade of homes and fully appreciate the beauty and diversity on this boulevard, you could traverse the entire length of Newberry, 12 blocks from Lake Drive to Oakland, the promenade Frederick Law Olmsted envisioned from Lake Park to Riverside Park. The more elegant homes tend to be at the east end, closer to Lake Park. As you approach Oakland, you will notice a few more modest wooden framed houses.

This is a walk you can do again and again. Take your time. Newberry with its display of elegant homes shows off one of Milwaukee’s most interesting, and architecturally diverse neighborhoods. 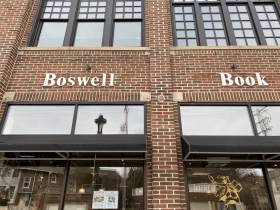 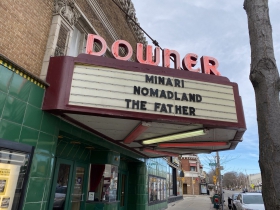 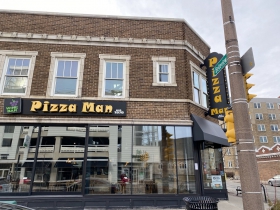 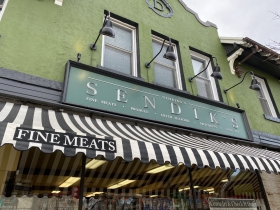 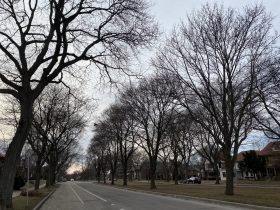 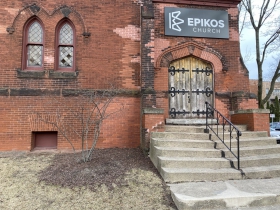 One thought on “Milwaukee Walks: Downer-Newberry Area All About Architecture”