La Fuente building, apartment building and Selena mural all to be removed for Taxco apartments. 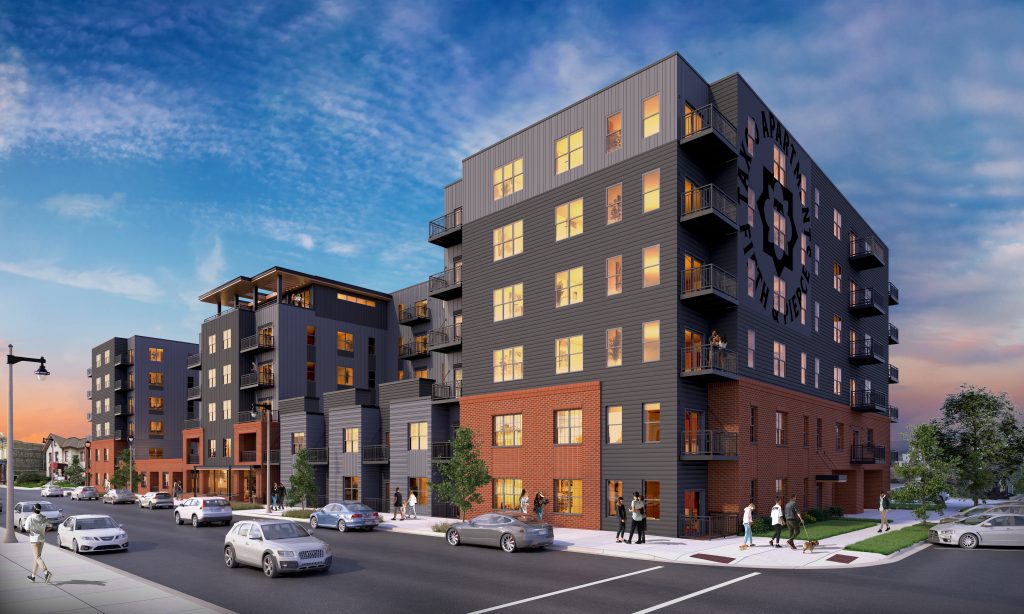 The Mandel Group is moving forward on a 144-unit apartment building in Walker’s Point that will reshape the northern end of S. 5th St.

Catalyst Construction, with subcontractor HM Brandt, is demolishing a series of buildings between W. Bruce St. and W. Pierce St.

The structures being demolished include every building on the west side of the street, the former La Fuente building, 625-645 S. 5th St., the one-story warehouse at 607 S. 5th St. and the three-story apartment building at 603 S. 5th St.

In place of those buildings, Mandel is developing a six-story apartment building that will fill the half-block site. The market-rate apartment complex will include a fitness center with yoga, spin and fitness rooms, game room, dog wash room and rooftop deck and club room. Units layouts a mix of studio, one, two and three-bedroom options, most of which would have balconies.

The building will be known as the Taxco Apartments, a reference to the Mexican city located approximately 95 miles southwest of Mexico City.

The surrounding Walker’s Point neighborhood has long been associated with Milwaukee’s Latino community, but the Taxco project represents a substantial change in the type of development in the area.

The rebuilding of S. 2nd St. and S. 5th St. into narrower, more pedestrian-friendly streets has helped spur a wave of investment, primarily through the rehabilitation of existing buildings and new bars and restaurants. A handful of new buildings have been constructed, often replacing vacant lots or parking lots.

But the Taxco development is the first development to involve the demolition of multiple buildings, including an apartment building. Portions of the site were also used for parking, a patio and storage.

Get a daily rundown of the top stories on Urban Milwaukee
An affiliate of the Mandel Group paid Jose G. Zarate $2.63 million for the three properties on July 28th.

Zarate, who owns a substantial amount of property in the neighborhood, closed La Fuente restaurant in 2017. Mike Eitel operated a soccer-themed bar in the building complex in 2018 as part of the World Cup, but it has been vacant since. The oldest portion of the Cream City brick complex dates back to 1890 according to city assessment records.

The building to the north, also being demolished, is a one-story warehouse built in 1977. It’s notable for the mural of the singer Selena that artist Mauricio Ramirez painted on the structure in 2017.

A three-story apartment building, with townhouse-style units along W. Bruce St., is also being demolished. It was built in 1901 according to city records.

The buildings are listed on the National Register of Historic Places as part of the Walker’s Point Historic District, but are not locally historically protected. Mandel’s proposal, first unveiled in 2020, complies with the existing zoning for the site.

Mandel president Ian Martin told Urban Milwaukee in a September 2020 interview that the La Fuente building has a “nice facade” but the structure behind the building is made of cinder blocks and “there is nothing of note about it.” The cornice line displays “Zarate 2000,” a reference to one of the remodeling projects the building endured.

The new building will be shaped like the letter “E” from above, a design that creates two courtyards overlooking S. 5th St, a change from the 2020 conceptual plan that would have had the building shaped like an “S”. The southern courtyard will start on the second floor while the northern courtyard will start on the third floor. The lower level of the building will include 110 parking spaces, with another 40 on the first floor.

A series of townhomes are planned to wrap much of the first floor. The company, with development partner Catalyst Partners, made a deliberate decision to include the townhomes in place of commercial space. “There are a lot of storefronts, which is part of the appeal of the neighborhood,” said Martin in 2020. “We are very bullish on the area.” The building is across the street from Fuel Cafe, Walker’s Lounge and Snifters Tapas and Spirits.

The rear of the building will overlook Zocalo Food Park. The building plans submitted to the city show a large mural, running much of the length of the first floor, overlooking the food truck park.

The complex is being designed by JLA Architects, with structural engineering by Spire Engineering and civil engineering by Pinnacle Engineering. General contractor Catalyst Construction is operating out of a stacked, shipping-container office on a parking lot north of the building at 539 S. 5th St. 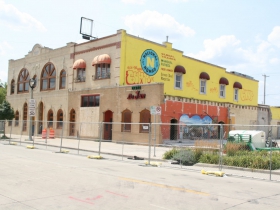 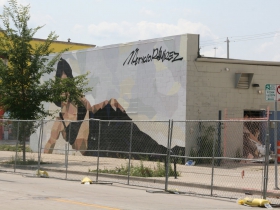 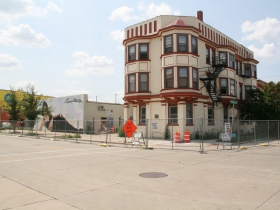 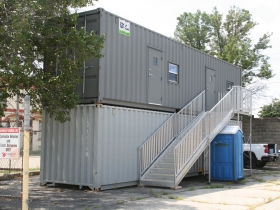 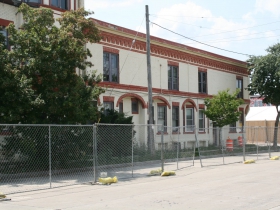 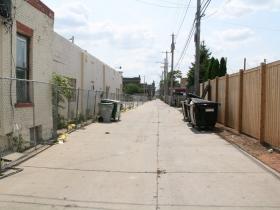 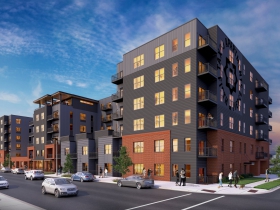 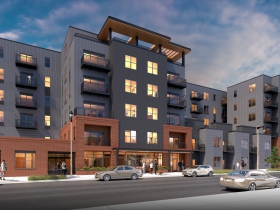 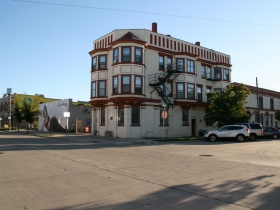 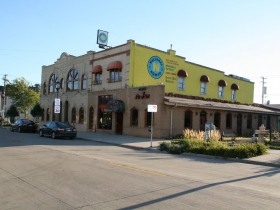 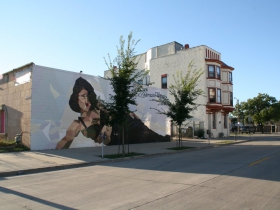 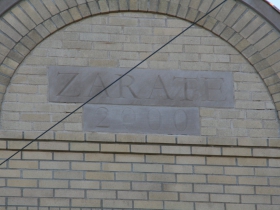 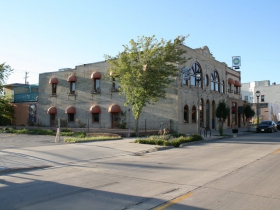 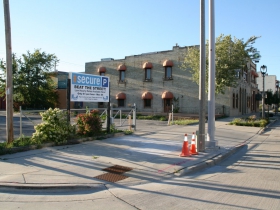