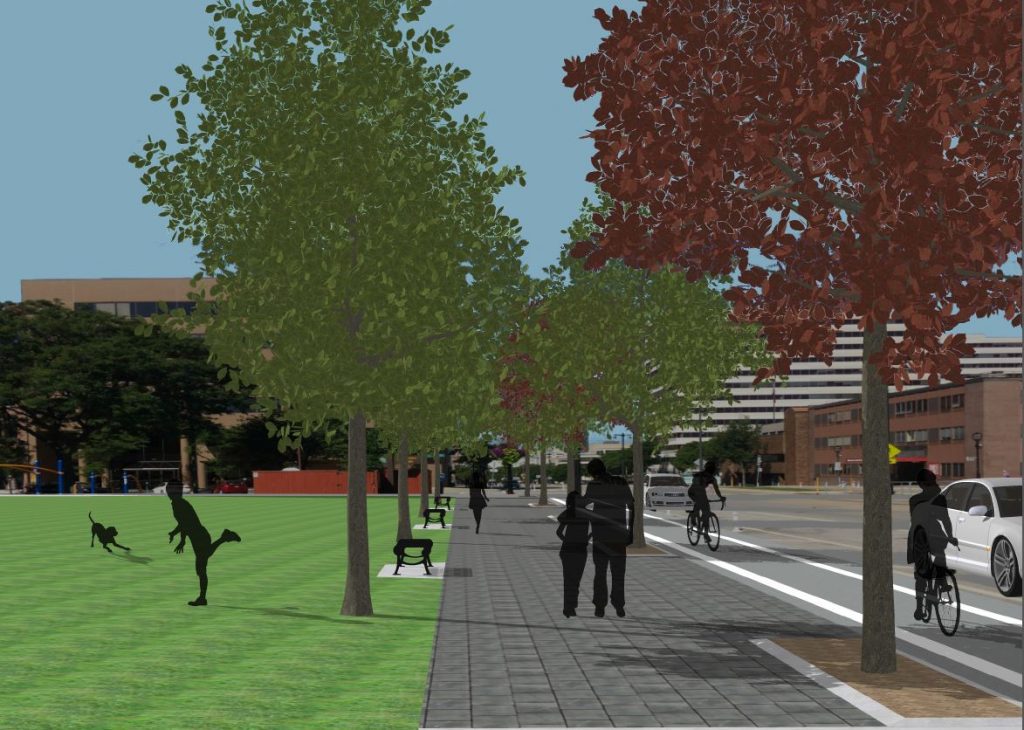 A project to improve the perimeter of one of Downtown’s most popular parks is getting underway.

The project will replace matted grass, gravel and a deteriorating sidewalk with large, smooth pavers. The intent is to create a wider, durable surface to accommodate the variety of events and high pedestrian traffic the park hosts.

Unhealthy perimeter trees will be replaced and additional trees added, with protective wells added around each base. Benches, bicycle racks and garbage cans will also be added.

“For years Cathedral Square has been in need of repairs and upgrades, and this is the next step towards the revitalization of the square,” said Cathedral Square Friends president and Urban Milwaukee publisher Dave Reid when the proposal was first introduced in February 2020.

The project also includes replacing the curb and associated ramps that ring the park. Special attention will be paid to the south end of the park, with new landscaping and low, concrete landscape walls that people may sit on. A screen will be added to shield a utility box at the southwest corner. In the coming years, the Department of Public Works intends to rebuild the adjacent E. Wells St.

Get a daily rundown of the top stories on Urban Milwaukee
The project is expected to be completed by the end of 2021.

The funds are coming from a 2002 tax incremental financing district used to fund the 940-stall parking structure at the base of the Cathedral Place office and residential condominium complex. The district is overperforming initial estimates and generating excess incremental property tax revenue.

In early 2020, the Common Council approved amending the district to contribute $7.75 million to the underperforming Century City district over five years and $1.8 million to streetscaping. It was previously amended to allocate a portion of the local share of funding to develop The Hop. Under state law, TIF districts can be used to fund public infrastructure improvements within a half mile of the district boundaries. State law requires districts to close within 27 years.

“Each summer residents from all across Milwaukee come to Cathedral Square to enjoy Jazz in the Park and Bastille Days, which makes this an improvement that all Milwaukeeans can enjoy for decades to come,” said Reid in 2020.

A community meeting was held in December 2020.

HNTB is leading the design of the project with assistance from Kapur & Associates. Integris is serving as the owner’s representative for CSF and Milwaukee Downtown.

The park is owned by Milwaukee County Parks, but the improvements are almost entirely taking place in the city-owned right of way on the edge of the park. The interior of the park will remain unchanged.

Milwaukee County replaced the playground in the park in 2019. The nonprofit Cathedral Square Friends privately raised $40,000 for hanging flower baskets in the park over the past four years. The all-volunteer friends group was founded in 2015.

Jazz in the Park remains postponed for the 2021 season. The East Town Association continues to host the weekly Cathedral Square Market on Saturday mornings.

The project is required to comply with all city contracting requirements for hiring designated Small Business Enterprises.

Improvements to the park, particularly its perimeter, were recommended in the 2010 Downtown Plan and it is now one of the last unexecuted projects from that plan. An effort is underway to update the plan, with Milwaukee Downtown contributing $100,000 to its development.

Improvements to the interior of the park, including restoring the disused fountain, could occur in future years, but would require a finalized plan, community outreach, funding and approval from Milwaukee County. 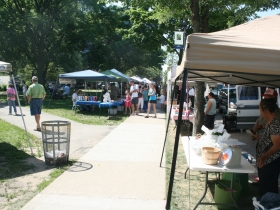 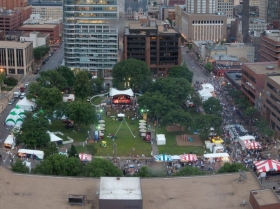 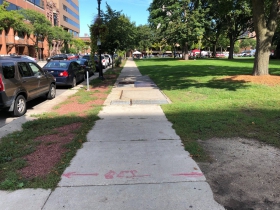 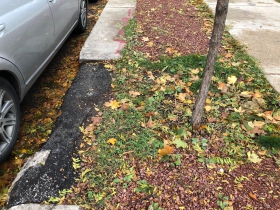 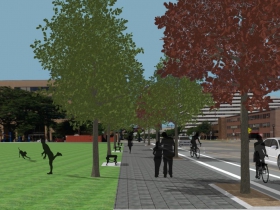