Will study narrowing roadway, expanding sidewalks on Wells from Broadway to Prospect. 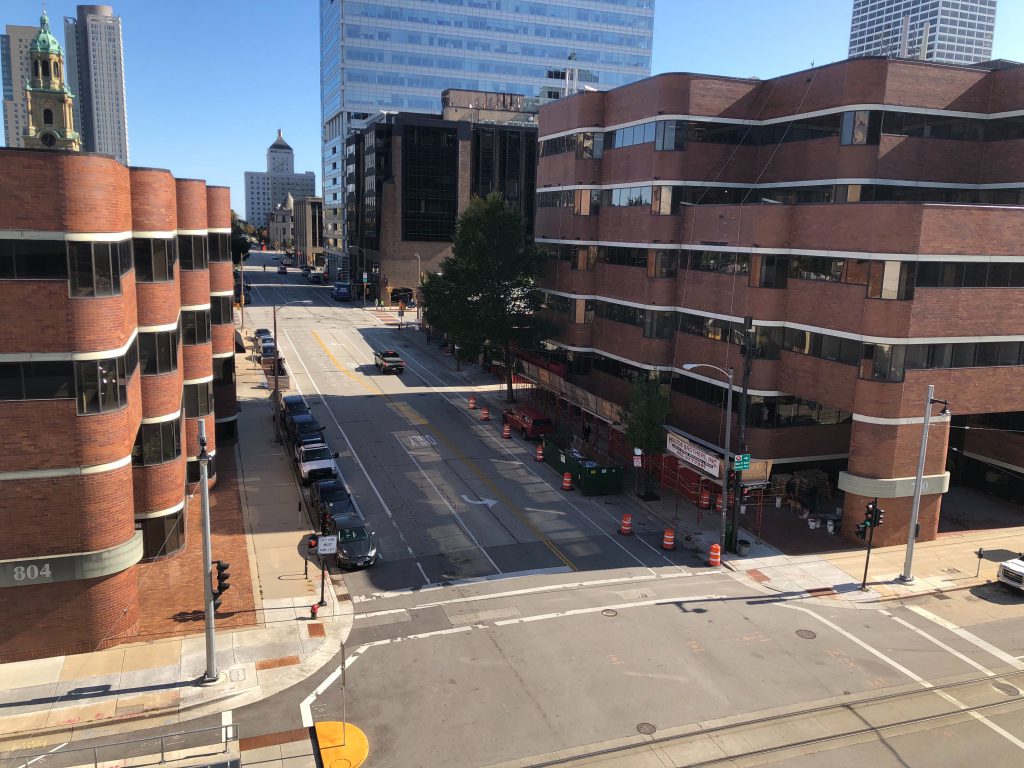 The Department of Public Works (DPW) is moving to rebuild E. Wells St. from N. Broadway to N. Prospect Ave. and could narrow the street.

“The intent is to look at removing one of the through lanes and widening the sidewalks,” said DPW major projects manager David Tapia to the Public Works Committee on Wednesday morning.

“We will work with the public and yourself to determine the ultimate option,” said Tapia to committee chair Alderman Robert Bauman.

One of the options the city will study is the removal of a vehicle travel lane from the three-lane street and the creation of wider sidewalks or additional green space along the sidewalk.

It will be one of the first streets rebuilt Downtown under the Complete Streets ordinance adopted in 2018 that requires the city to design streets as safe, comfortable and convenient for all road users.

The street was converted to two-way traffic in 2011 and the bi-directional design resulted in a series of turn lanes being created.

The eastern half of the 0.4-mile stretch that will be rebuilt could provide a template for the new design. The portion east of N. Van Buren St. includes grass and trees in the “road verge” between the sidewalk and curb and is only one lane in each direction.

Wells Street, from N. 6th St. to N. Broadway, was recently rebuilt as part of an earlier project. A segment of the stretch from N. Water St. to N. Broadway remains largely untouched because of the construction of BMO Tower. City officials told Urban Milwaukee in February that a high-speed turn lane from N. Water St. to E. Wells St. will be removed after the tower is completed.

The state is contributing the bulk of the cost of the project because the street is technically Wisconsin State Highway 32.

DPW plans to reconfigure the last one-way stretch of State Street, the former west-bound couplet to Wells Street, to two-way traffic in time for the July 2020 Democratic National Convention.

The committee unanimously approved the funding agreement for the project. The project still requires approval from the full Common Council. 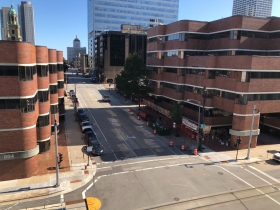 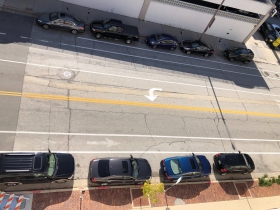 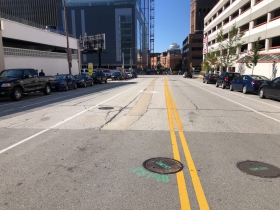