Plus, an album release at Linneman's, a Frida Kahlo festival, Hank Aaron Trail 5k and a kids-friendly disco party. 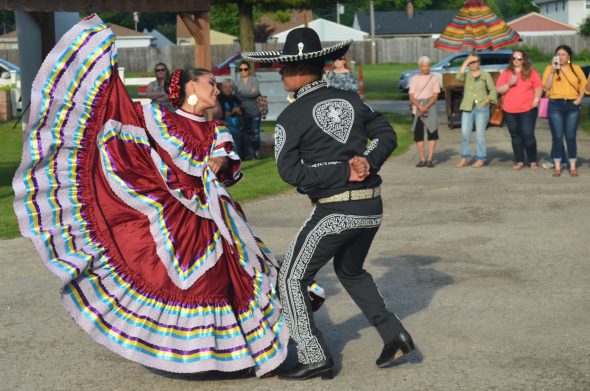 The Brewers’ stadium may have changed names recently, but the legends that were created there remain forever. Celebrate one of those legends by participating in the Hank Aaron State Trail 5k run/walk, which will see participants crossing the Menominee River and finishing near the American Family Field, all while raising money for the trail. Also this weekend, Enlightened Brewing Company is kicking off its summer series of block parties, and the Milwaukee Rep is showcasing some of its best talent free of charge.

Milwaukee band Angry Fix, which combines progressive-rock elements with dream-pop, is celebrating the release of its debut album “Oleka” with a show at Linneman’s Riverwest Inn. Joining the band for its first show back since before the shutdown is local acts Haunter and SSAANN. Angry Fix will have physical copies of its new album available for purchase at the show, and the album will be available for digital streaming on July 30 — just in time for folks to learn the songs before they hear them live. Doors open at 7 p.m. and music starts at 8 p.m. Admission at the door is $5.

Three of the Milwaukee Repertory Theater’s leading women will perform a collection of Broadway and past Milwaukee Rep songs at the Sharon Lynn Wilson Center for the Arts. The free event will showcase the talents of Nova Y Payton, Alexis J Roston, and Bethany Thomas. Reservations are required to attend, and can be made by calling 414-224-9490 or by emailing tickets@milwaukeerep.com. The show will begin at 7 p.m.

Enlightened Brewing is kicking off a series of block parties based on their Anniversary block party. The first party in the series will run from 3 p.m. to 10 p.m. on Saturday, and will feature food, live music and plenty of beer. Vanguard will be on deck slinging their specialty sausages, and the Funk Club Wagon will provide the entertainment. For this event, Enlightened will be releasing its second Rough Draught series of beers, featuring a French Saison, a dry-hopped Belgian Saison and a CBD Blond Ale.

The Farmhouse Paint Bar & Banquet Hall is hosting the second annual celebration of Mexican painter Frida Kahlo. The event will feature live music, food trucks, local art vendors, live mural paintings and interactive art installations over the course of two days. There is also a Frida Look-a-Like contest with separate adults and kids sections. Winners will receive a cash prize. The event will run from 11 a.m. to 9 p.m. both days. For more information, click here.

The Annual Hank Aaron State Trail 5k Run/Walk, an event that celebrates the Milwaukee Brewers legend, makes its return in a hybrid virtual and in-person event. Join other runners and walkers on a 5k route that runs through the Three Bridges Park crossing the Menominee River and finishing with a view of the American Family Field. Proceeds from the event will benefit the trail as well as provide funding for the Bike Adventure Camp. The top three participants across fifteen different age categories will receive prizes, and every participant will receive a commemorative t-shirt and sticker. Those who would like to participate in the virtual version of the event can do so on their own time throughout a two-week period starting on August 1. Virtual participants are encouraged to upload their photos and times using the hashtag #HAST5k2021. For more information on registering, click here.