Unlike in some cities Milwaukee’s urban forestry program is not in decline. 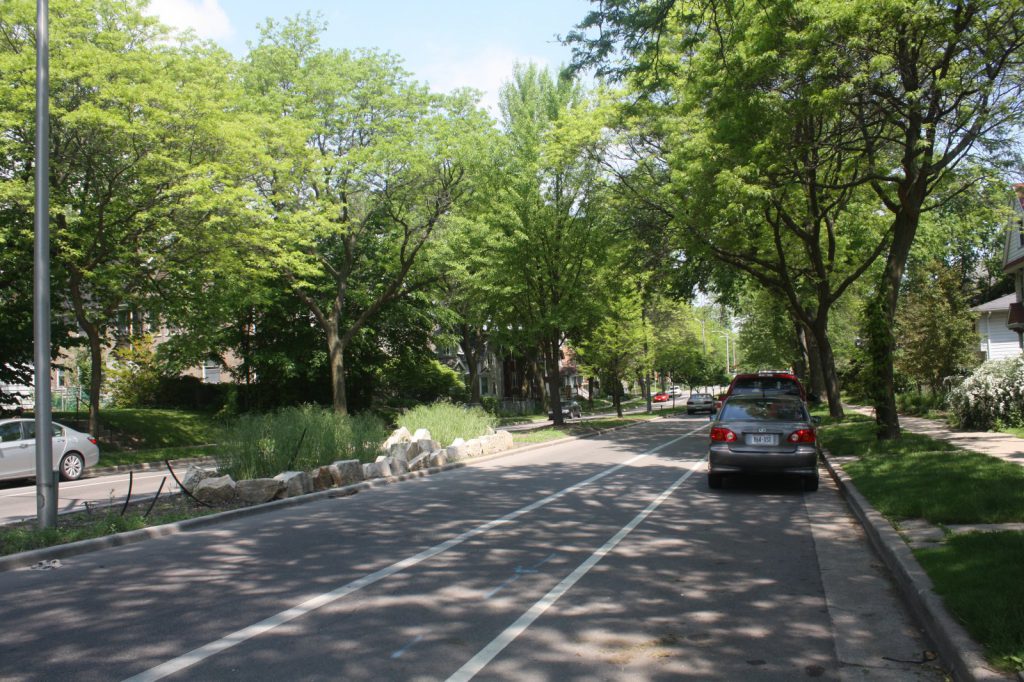 Across the country, in cities like Boston, Atlanta, Cleveland, Chicago, Houston, Spokane and Los Angeles, the urban forest is declining, according to a story by the New York Times. “Research shows that American cities and towns lose the canopy of 36 million trees every year,” the story notes.

But Milwaukee’s forestry program, though it faces some challenges, has seen little reduction in the number of “street trees,” as officials refer to it. “We have about 189,000 street trees,” says Randy Krouse, Forestry Services Manager for the Department of Public Works. “That has varied between around 190,000 and 195,000 over the years. It’s been pretty stable.”

By contrast, Salt Lake City has been steadily losing trees for 20 years and Louisville loses more than 50,000 trees a year.

Milwaukee’s canopy of trees has been estimated to have $19 to $20 million in annual benefits, Krouse tells Urban Milwaukee, including added property value, energy savings and stormwater retention. If anything that value has increased since the advent of climate change, which is causing extreme heat waves that now leads to 12,000 deaths annually, the Times reports.

But while trees can fight climate change, global warming is also making it harder for some species of trees to survive, as Andrea Diss-Torrance, a forest specialist for the Wisconsin Department of Natural Resources, tells Urban Milwaukee. White birches and red pine trees, she notes, “are starting to have problems with increasing summer heat.” The heat causes stress, making the trees more vulnerable to pests that can weaken and kill them.

“We expect to see red pines and white birches to move further north,” she adds, while oak trees, which can better handle the heat, become more dominant south of the North Woods. As temperatures rise, “some trees will be harder to grow and some will be easier to grow,” she notes.

Get a daily rundown of the top stories on Urban Milwaukee
Krouse says the main challenge for the city’s forest hasn’t been changing temperatures, but pests like the emerald ash borer, which has killed many ash trees. “We’ve been working on the ash borer since 2009. We treat the trees every three years,” injecting the trunks with insecticide.

While many ash trees have been lost, the city still has about 28,000, he notes. The street trees includes many types. The forest is currently 37.6% Norway Maple, 14.6% Ash, 10.2% Honeylocust, 6.1% Linden, 4.6% Elm, and 4.2% Oak. That still leaves another 22.7% of the forest which consists of many other species in smaller numbers, including Catalpa and Kentucky Coffee trees.

“You want to stay away from a monoculture of trees,” Krouse notes, which can make the forest more vulnerable to a single pest, like the ash borer.

“We are always experimenting with trees. A lot of trees on the street are first grown in our nursery.”

The city’s nursery, ironically, is in the suburbs. Milwaukee owns 180 acres in Franklin, at 8423 S. 51st., where many city trees begin their lives with suburban roots. The nursery also has greenhouses which grow annuals and perennials which are planted, along with trees, on the city’s boulevards.

City trees, Krouse notes, are always a challenge, because “you are planting in very adverse conditions, in alkaline soil.” Urban soil is often very compacted and may have been polluted by auto exhaust and other pollutants.

And not every stretch of street can accommodate a tree, Krouse notes. “You need an area six feet wide for a tree.”

Those 189,000 trees are planted on 1,400 miles of streets and 120 miles of landscaped boulevards. Which helped the city win recognition from the American Forest Association, which in 2013 included Milwaukee as one of the 10 “Best Cities for Urban Forests.”

The city’s financial challenges, largely driven by a huge reduction in state shared revenue, have caused staffing issues for all departments, including forestry. “We’re behind on stumping [cutting down dying trees] and tree planting,” Krouse says. But more than 100 years after the city’s forestry program was started, in 1918, it remains a wonderful and ever renewable asset for Milwaukee.