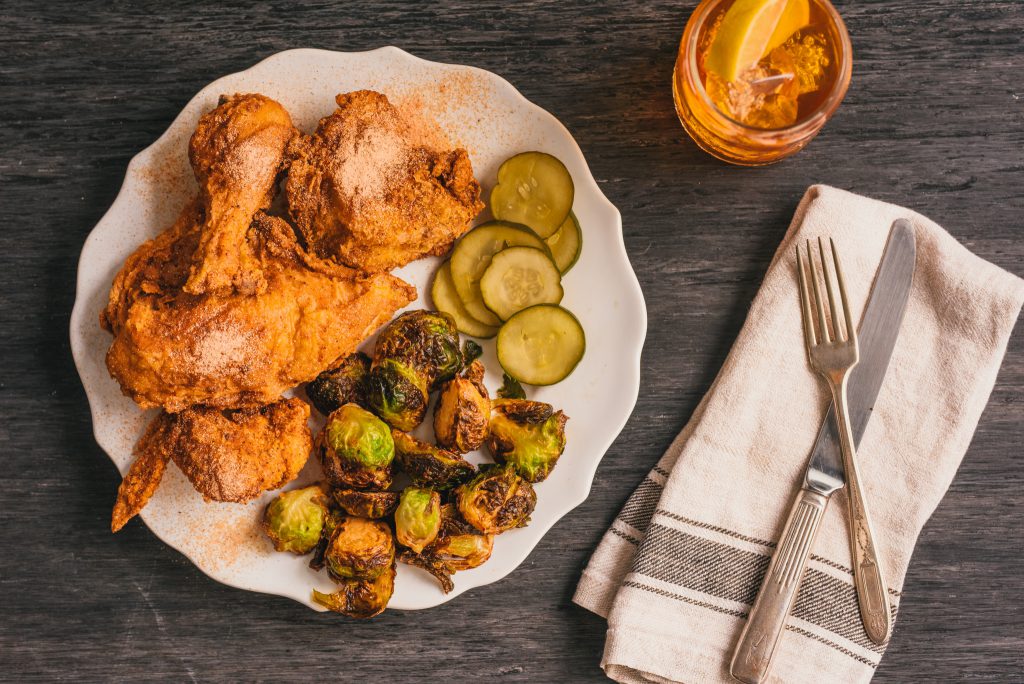 Tupelo Honey Southern Kitchen & Bar has announced that its very first Wisconsin location will open to the public on August 4 in the new Huron Building at 511 N. Broadway. The 11-story building’s location along E. Clybourn St. and Interstate 794 makes it a bridge between the Historic Third Ward and East Town neighborhoods and now it will have a high-concept chain restaurant with 18 other locations in 10 other states. Tupelo Honey describes its cuisine as “a revival of southern food and traditions rooted in the Carolina mountains.” Lori Fredrich reports:

The concept, born in Asheville, North Carolina, offers diners the opportunity to take a moment, relax and revel in the traditions passed along in Southern fare.

The spacious restaurant, designed by renowned architect and interior design group Edit Lab at Streetsense, will seat 255 guests inside and another 64 on its outdoor patio. A large bar will feature 24 taps of craft beer and cocktails. Ten taps will be dedicated to brews from Milwaukee brewers, while another two will showcase beer from Tupelo Honey’s hometown.

Overall, the Milwaukee location’s look and feel will take inspiration from Milwaukee’s historic architecture, beer garden traditions as well as its unique brewery legacy and culture.  Those things will be combined with good old fashioned Southern charm and a menu featuring some of Tupelo Honey’s most popular dishes, from honey dusted fried chicken and Tupelo shrimp and grits to jumbo-sized cathead buttermilk biscuits…

New Cafe Shows Students How to Run a Business

The Newline Community Cafe, a coffee shop that is run partly by students of the adjacent Escuela Verde charter school, is now open at 3618 W. Pierce St. Carol Deptolla has the scoop:

They’re pouring Colectivo coffee and making espresso drinks and tea in what was Velobahn Coffee & Cycle. Velobahn closed during the lockdown in 2020 and never reopened.

Newline Cafe plans after-school programming that will be free and open to the public; proceeds from the cafe will support that.

Customers can use cafe tables to work at laptops and will have access to WiFi. And if they want to stretch their legs for a while, Gonzalez noted, access to the Hank Aaron Trail is right by the building.

The grand opening is planned for Aug. 5, when coffee will be poured for free and espresso drinks will be half price, sponsored by Newline Education. The tech company has its offices in the cafe.

A pop-up donut shop is now serving its sweet treats as a vendor in the Milwaukee Public Market. Sugar Cube Donuts, a sister restaurant to On The Bus (a vegan spot that also does business inside the market), opened as an outdoor venue along St. Paul Ave. on July 8. Urban Milwaukee’s Angeline Terry reports:

The donut concept was originally supposed to be a weekly special at On The Bus, but grew into a brand and shop of its own.

“The public market kind of feels like home,” said Paige Hammond, director of marketing and growth at Playing in the Plants Restaurant Collective, in an interview. Sugar Cube is a venture of the collective, a plant-based restaurant group led by Emily Ware that operates On The Bus and The Green Kitchen in the public market.

Before setting up shop July 8th on the sidewalk along St. Paul Avenue, Sugar Cube sold donuts as a pop-up shop at different businesses around Milwaukee. The shop partnered with businesses including The Kind Oasis and BelAir Cantina for temporary offerings. This summer, however, Sugar Cube is selling exclusively at the public market.

Its menu includes staple flavors like glazed and maple alongside a rotating selection of specialty flavors, all without eggs or dairy. This month, cotton candy, churro horchata, sweet corn and banana cream pie are in the forecast of temporary flavors.

Hammond invents the adventurous menu items by asking herself: “What kind of dessert can I put on top of a donut?”

Each rotation only lasts a few days, so doughnut fans should plan ahead if they want to try one out.

Sugar Cube joins Sneaky Pete’s and The Draft Patio as summer outdoor vendors at the market. It’s open from 8 a.m. to 1 p.m. Thursday through Sunday.