HMSHost runs five restaurants at airport and owes more than $2 million in rent. 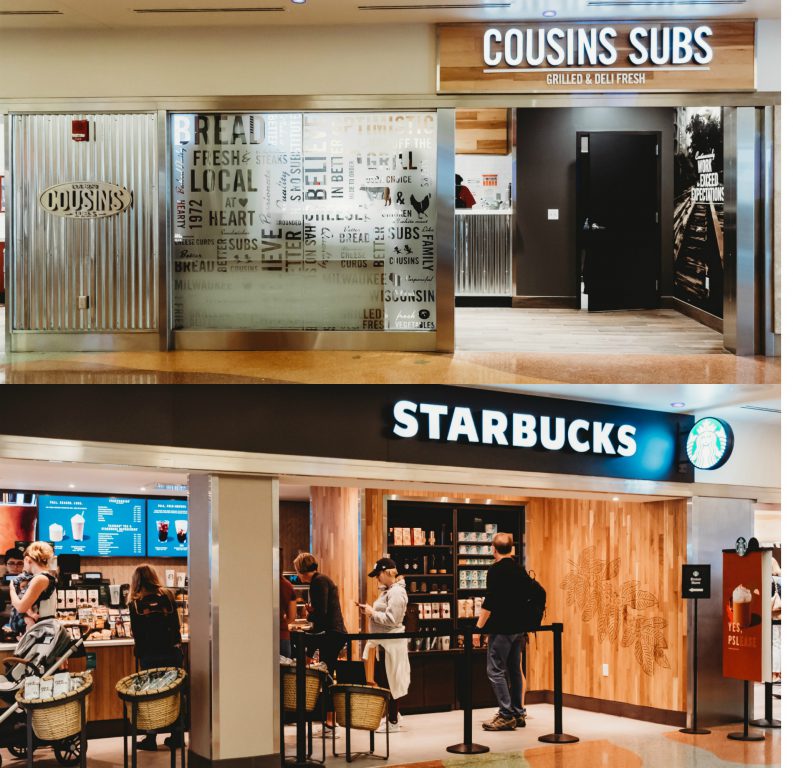 Milwaukee County may soon sue one of the concessionaires at Milwaukee Mitchell International Airport for more than $2 million in back-rent.

HMSHost Inc. a national foodservice company headquartered in North Bethesda, Maryland, has defaulted on its lease agreement with the airport and rejected proposals that would “enable the parties to move forward with a mutually beneficial business relationship,” according to a resolution submitted to the board by the Office of Corporation Counsel.

If ongoing efforts to resolve the delinquent lease fail, the county is prepared to kick the concessionaire out of the airport and sue for any damages.

HMSHost operates a number of restaurants and food options in the airport, including two that opened in December 2020: The Garden District Restaurant and Great American Bagel. The company also operates a Cousin Subs, a Starbucks and a Chili’s

In September 2020, Airport Director Brian Dranzik told the board the airport was struggling to collect rent payments from concessionaires. “We’re looking to make sure that we’re collecting at least… some amount of rent that is owed from the retail activity that is going on,” he said.

When the COVID-19 pandemic hit in Spring 2020, air traffic plummeted. It slowly returned in the summer, though never to pre-pandemic levels. By August HMSHost had furloughed more than 100 workers from the airport, the Milwaukee Business Journal reported, and was indicating that many would be permanently laid off by October.

A report from Corporation Counsel Margaret Daun and Assistant Corporation Counsel David Farwell to the board says the airport “expended immense effort” to keep the facility operating. This included a willingness on behalf of the airport to make arrangements with concessionaires that “provide relief… while also maintaining sound fiscal operations.”

HMSHost and the airport have negotiated potential arrangements, but, “unlike nearly all other concessionaires,” the company remains in default of its lease and has refused “what [the airport] believes are very reasonable terms.”

The report from corporation counsel says other concessionaires have negotiated agreements with the airport that exempt them from “certain contractual obligations in exchange for agreeing to payment plans.”

To date, HMSHost owes the airport more than $2 million in rent payments and has “paid only a fraction.”

Urban Milwaukee reached out to HMSHost for comment, but has not heard back as of publication.

“Despite these continuing defaults [the airport] has tried mightily to keep the relationship going,” corporation counsel said. “However, recently it has become evident that these efforts have very likely failed, leaving [the airport] and the county with little alternative but to pursue its legal remedies.”

The county and the airport will make “last ditch efforts” to resolve the matter without a lawsuit, but these efforts are expected to fail.

Corporation Counsel will going before the board this month seeking authorization to sue the concessionaire so that if negotiations prove fruitless, it can “move expeditiously… to commence a lawsuit.”

One thought on “MKE County: County May Sue Airport Concessionaire”