By Corri Hess, Wisconsin Public Radio - Jul 6th, 2021 10:36 am
Get a daily rundown of the top stories on Urban Milwaukee 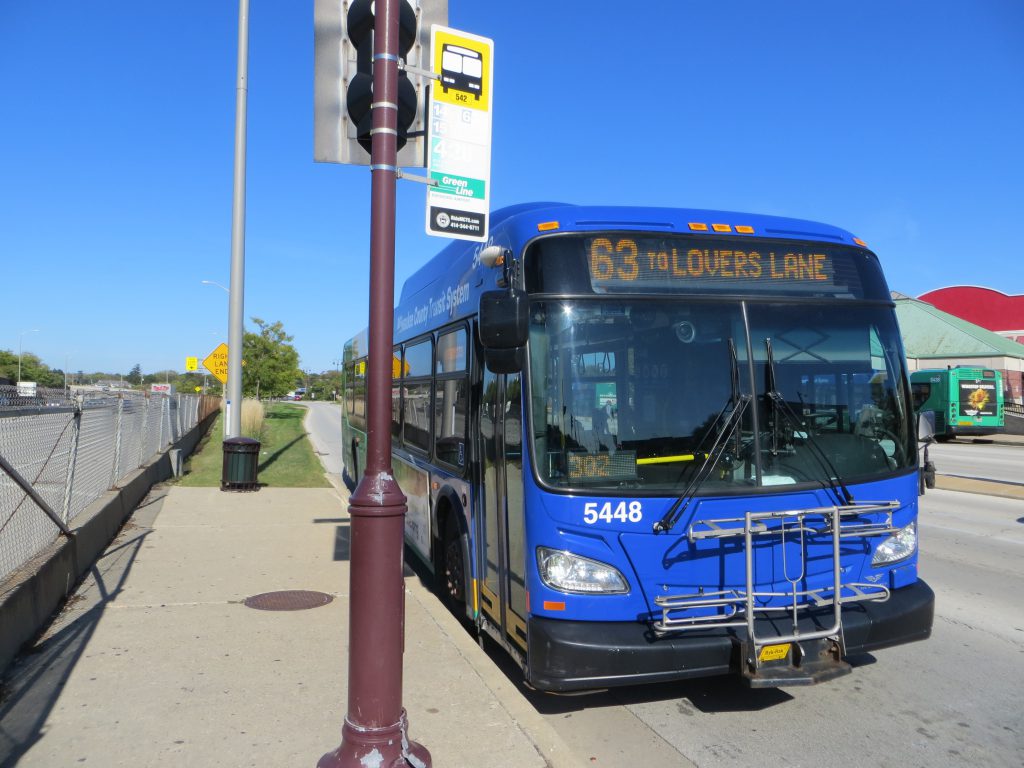 For almost two years, Lester Williams took the bus from Milwaukee’s Northside to suburban New Berlin, where he worked 12-hour days in quality control at Schoeneck Containers Inc. The trip took anywhere from 45 minutes to an hour, even though the factory was only about 16 miles from his home.

Williams said it was one of the best jobs he ever had. But when the route was eliminated in 2019, the only bus that got him near his job brought him to Brookfield Square mall, more than 3 miles away.

“A lot of times people just walked, and it’s kind of expensive to spend $5, $6, $10 just to get to that last mile with Uber or Lyft,” Williams said. “I know when I did it, I called Uber maybe twice, and I thought, it would be better for me to just walk.”

Williams eventually lost his job because of transportation issues. But his manager, who he had a good relationship with, helped him find a job closer to home. He said not having a car shouldn’t keep people from work.

“A lot of employers have solid employees that need help with transportation,” Williams said. “It would cost companies nothing to say here’s an Uber pass. If employers covered that last mile, it wouldn’t be an issue.”

The “last mile” challenge is common in the suburbs, where manufacturing, warehouses and retail jobs are far from fixed transit routes, making it difficult for people without cars to get to work.

Sam Rikkers, deputy secretary of the Wisconsin Economic Development Corp., said the jobs usually pay between $13 and $18 an hour, which is enough to warrant traveling a long distance, but not enough to buy and maintain a reliable car.

“Talking to employers all over the state — and absolutely all over the greater Milwaukee region, workforce is their greatest concern,” Rikkers said. “There is not a massive pool of folks looking for jobs and employers need to find innovative ways to get people to work.”

WEDC, Waukesha County and the United Way of Greater Milwaukee are each contributing about $30,000 to a pilot program run by the Regional Transit Leadership Council that will study how to bring “last mile” service to the Milwaukee suburbs of Brookfield, New Berlin, Franklin and Oak Creek. The study is expected to be completed in Spring 2022.

Roughly half of jobs in southeast Wisconsin lie outside a 90-minute bus commute, and that figure is higher in manufacturing and retail sectors, often located in suburban areas.

Close to 20 percent of Milwaukee residents lack access to cars, a figure far higher in high-poverty parts of the city.

In 2017, the Wisconsin Policy Forum researched the “last mile” and found it was a major impediment to the success of bus routes aiming to connect central city workers to suburban jobs.

“It’s great to see regional leaders renewing their focus on this barrier, and it’s particularly timely given the difficult time so many employers are facing in filling their job openings,” Rob Henken, president of the Wisconsin Policy Forum, said when learning about this program.

Shayla Fay is a job recruiter who specializes in companies located in eastern Waukesha County. She said if a candidate living in Milwaukee tells her they rely on the bus for transportation, she usually has to tell them she can’t offer them a job because there’s no way to get them all the way to work.

“I hate saying that because everyone deserves an opportunity to work,” Fay said. “There really aren’t any viable last mile solutions.”

Fay used to be a recruiter for Kohl’s corporate headquarters in Menomonee Falls, where there were a lot of openings, but no opportunities for people who didn’t have a car.

She said the bus stopped nearly 4 miles away from the office, and the walk was on a busy road.

“It was simply too far of a walk and too dangerous,” Fay said. “The most functional solution was to extend the bus line into Waukesha County. That being said, employers paying for a shuttle, probably would make sense too.”

Milwaukee Common Council President Cavalier Johnson’s district has one of the highest unemployment rates in the city. But he says that’s not because people don’t want to work.

“It’s often about people not having access to jobs — and a way to get to and from those jobs,” Johnson said in a written statement. “We must do better as a region to close those gaps, connecting Central City workers with employers, no matter where those jobs are.”