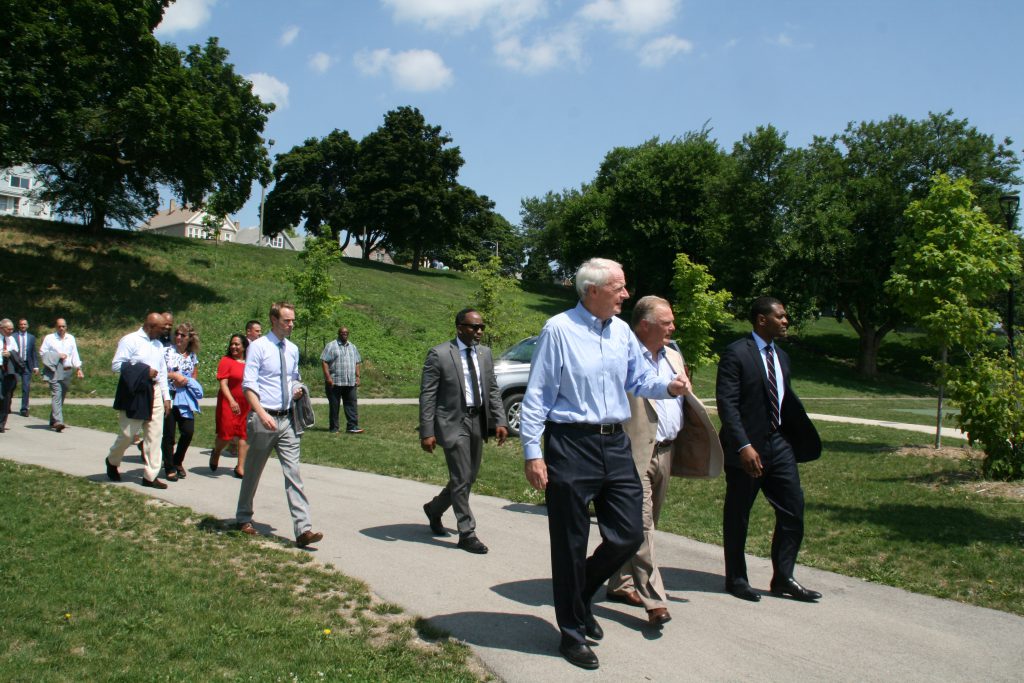 In 2020, the Milwaukee Metropolitan Sewerage District (MMSD) and Milwaukee County Parks completed a re-naturalization project in Pulaski Park. Over 1,700 feet of damaged and degraded concrete were removed from the lining of the Kinnickinnic River and replaced with stones to reduce the risk of flooding and improve the natural habit. The project also resulted in a new futsal court, basketball court, playground and trail system.

“This is a great example of what we need to see all across the country,” Regan said. “We really need to see more partnership at the federal, state and local level, but the interconnection here is outstanding.”

In the 1960s, the city lined the river with concrete walls to quickly move the water downstream. This created a risk for flooding, because during storms water would quickly run off the surrounding parking lots, rooftops and roads and easily flow down the concrete to overwhelm the river. This also eliminated the river’s natural process of filtering the water, which meant the water was more polluted by the time it reached Lake Michigan.

The Kinnickinnic River drains a watershed that is more than 20 square miles. It runs through the highly populated Forest Home Hills and Lincoln Village neighborhoods, home to more than 18,000 people according to the MMSD.

The larger aim of the tour was to highlight the benefits of investment in water infrastructure. After the tour, Regan and Mayor Tom Barrett talked about the Biden administration’s infrastructure agenda and proposed legislation.

“I can’t be happier with the approach that the president and administrator have taken to work with local governments and local communities to address these issues,” said Barrett. 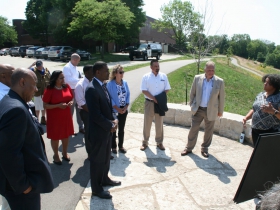 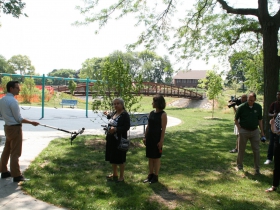 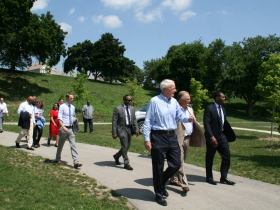 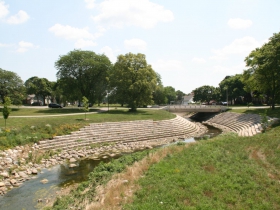 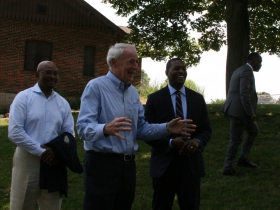 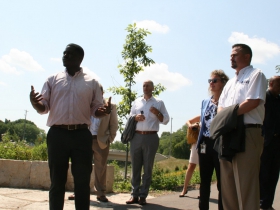