Obamacare Is Safe. What’s Next?

ACA has survived court challenges and Biden has expanded it. Lowering drug costs should be next goal. 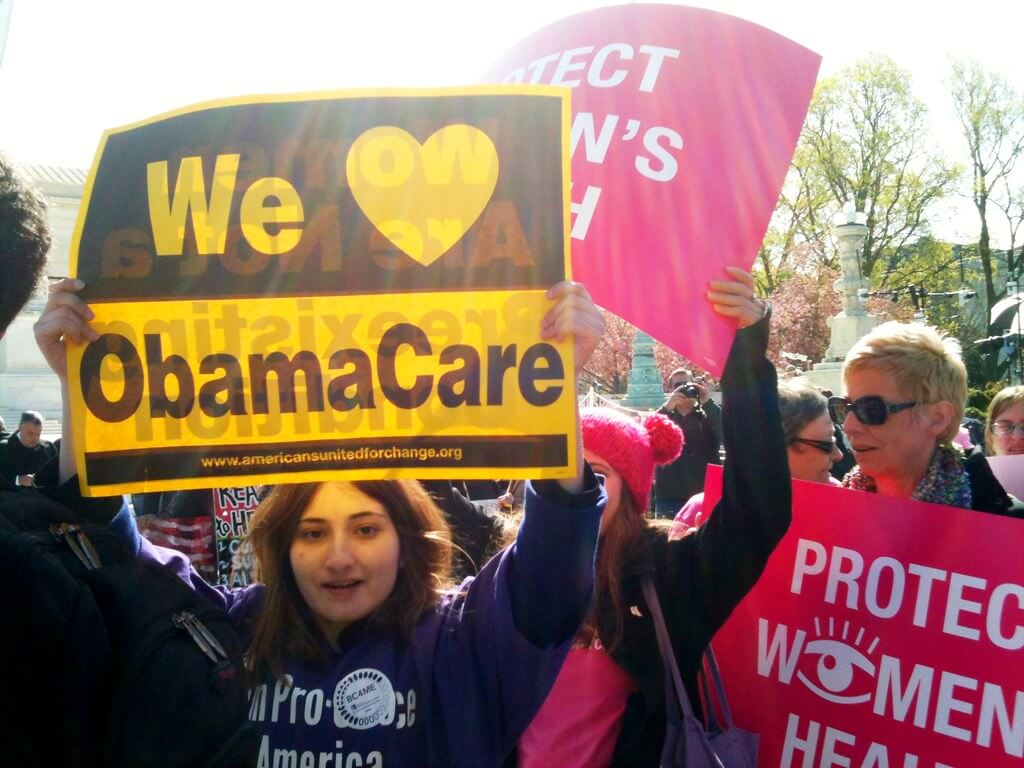 Protesters demonstrate in support of the Affordable Care Act. Photo by LaDawna Howard. (CC BY 2.0)

The Affordable Care Act (ACA) is here to stay.

Over the last ten years, President Barack Obama’s landmark health care reform legislation has survived more than 70 repeal votes in Congress and three efforts to invalidate the law via the courts.

The latest challenge to the ACA before the United States Supreme Court, Texas v. California, was denied on a 7-2 vote on June 17.

This, despite the fact that the makeup of the Supreme Court has shifted to the right over the last ten years — most notably through the seating of three justices nominated by President Donald Trump.

Which is fantastic. Imperfect as it always was, the ACA was a tremendous stride forward when it came to making health care more accessible and more affordable for millions of Americans.

Finally, after Republicans spent more than a decade hell bent on repealing the law — along with every single one of its consumer protections — every person who has a pre-existing condition or health insurance coverage they lacked a decade ago can sleep a little easier.

Republicans threw everything they had at unwinding this progress. In their campaigns, in the courts, in Congress, you name it, they tried it.

Which leaves the law, for the first time, in a peculiar place. Secure, without the looming threat of repeal.

Now that the ACA is safe, it is time to build on its success and strengthen the law. No one who supported the ACA then, or now, is under any illusion that the legislation cured all that ailed our health care system.

Since passage of the ACA, far more sweeping proposals have been put forth that would transform health care in this country. The reality is, however, that those proposals are not going to become law any time soon.

But progress can, and has, been made. In fact, thanks to the Biden administration, we saw the largest expansion of the ACA in over a decade. As part of the American Rescue Plan passed without a single Republican vote in Congress and signed into law by President Joe Biden, health insurance plans purchased in the ACA marketplace became more affordable via subsidy adjustments that will last until the end of next year. Given the makeup of Congress, those changes, which are expanding coverage and making health insurance more affordable for millions of Americans, should be made permanent.

The American Families Plan proposed by President Biden would do just that, locking in savings for families for years to come by strengthening the ACA.

That change, which a poll from AARP found was supported by nearly 90% of Wisconsinites last year, is the cornerstone of H.R. 3 — the Elijah Cummings Lower Drug Costs Now Act — awaiting action on Capitol Hill.

President Biden left no doubt in his speech before a joint session of Congress in the spring that he will sign that legislation when it reaches his desk. Which means it is time for Democrats in Congress to get it done.

These two straightforward reforms — locking in subsidy rates that make ACA health insurance plans more affordable and taking steps to reduce the cost of prescription drugs — are common sense, popular public policy that will continue to build on the progress made by the ACA.

Now that the law is safe from repeal, it’s time to build on its success.

Joe Zepecki is with Protect Our Care, a progressive organization doing work across the country to elevate health care issues.

The Affordable Care Act is safe — what’s next? was originally published by the Wisconsin Examiner.