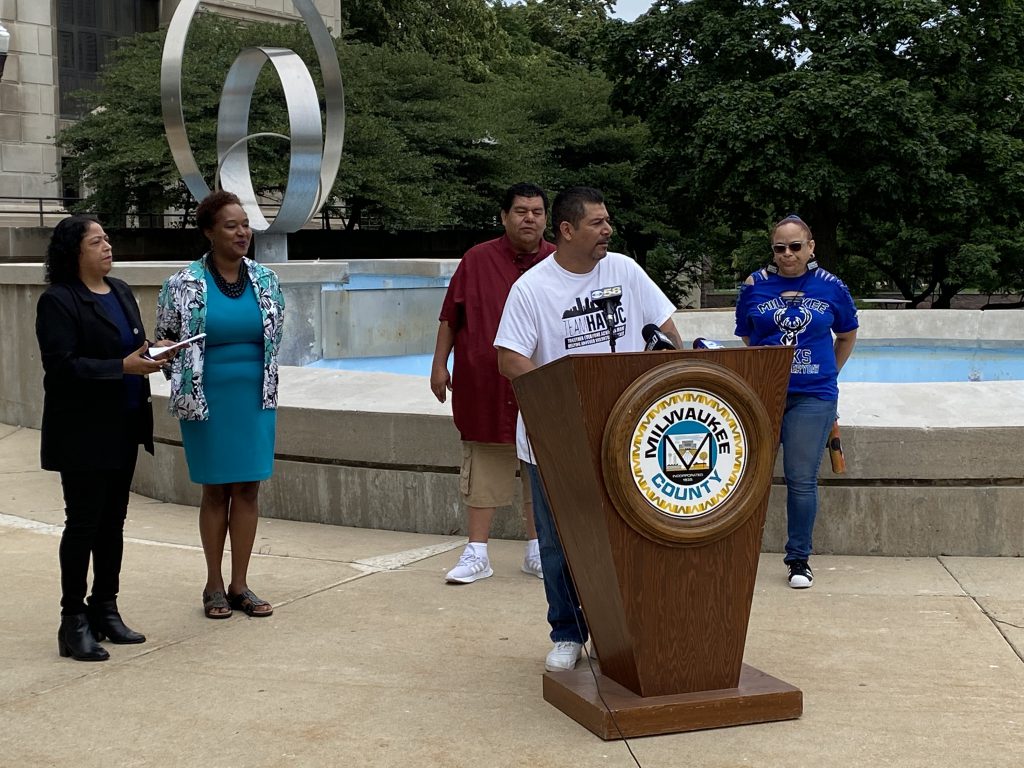 During the past five years, Fentanyl, a potent synthetic opioid, has driven an alarming increase in drug overdose deaths.

The powerful narcotic is often added to other drugs unbeknownst to the user. Addiction and substance abuse advocates in Milwaukee say simple testing strips that detect the drug could save lives. But in Wisconsin, anything that tests drugs is considered paraphernalia and is illegal.

“Fentanyl testing trips are simple and inexpensive,” Taylor said. “And believe it or not, they’re illegal.”

Ortiz-Velez, who is also a Milwaukee County Supervisor, has introduced a resolution calling on the state Legislature to legalize the strips. The lawmakers also said there is draft legislation currently circulating that would accomplish this, and they believe it has bipartisan support needed to pass it.

The legislators were joined by community volunteers that work with residents suffering from addiction and all said they were shocked when they found out the testing strips were illegal under state law.

Rafael Mercado, founder of Team HAVOC and Milwaukee Heroin Diaries, said he wanted to begin distributing the testing strips, but was informed that as a felon, doing so could land him in jail.

Get a daily rundown of the top stories on Urban Milwaukee
Ortiz-Velez said she would like to see widespread availability of the testing strips, saying that anyone should be able to go into a drug store and purchase them.

“All we’re trying to do is keep people alive so they’re gonna have a chance to change,” she said. “You can’t help anyone if they’re gone.”

Ortiz-Velez’s district includes the 53215 zip code, which had the most overdoses of any zip code in Milwaukee in 2020.

Taylor said the strips should be treated the same as Naloxone, or Narcan, a prescription medicine used to treat opioid overdoses, “because Narcan has saved lives.”

It’s not only Milwaukee: overdose deaths due to synthetic opioids have been increasing year over year, according to data from the Centers for Disease Control and Prevention.

Mercado said the legislation being proposed by Ortiz-Velez and Taylor would save lives.

“It’s true that we cannot always save people from themselves but we can use science and medicine to help them stay alive,” he said, “and hopefully lead them to therapy and treatment and a more satisfying life.”

Marty Calderon, pastor of God Touch Ministries, said the testing strips would allow those working with people struggling with addiction to be “proactive and save lives.”

“This is not to enable them,” Calderon said “It’s to help them live.”