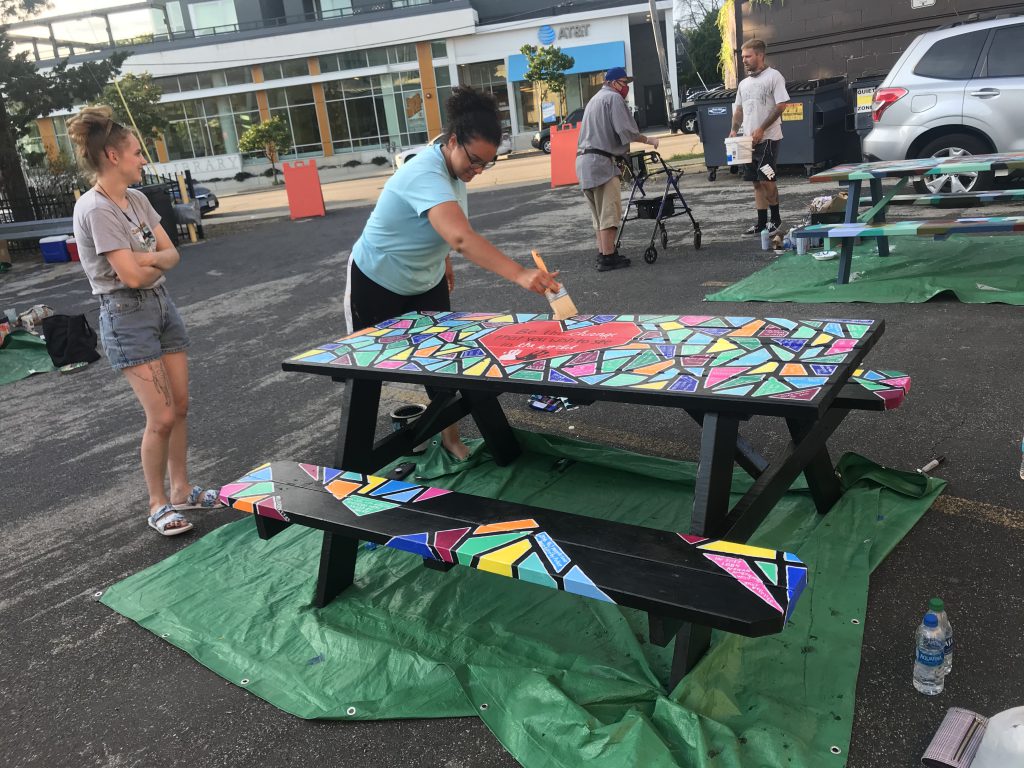 East Side Art Lot. Photo courtesy of The East Side Business
Improvement District.

Do you have a vision for the future of main street? Three Milwaukee commercial corridors are looking for new leaders.

The districts are self-taxing entities made up of commercial property owners that seek to improve their areas through events, marketing, public art, streetscaping and economic development.

Elizabeth Brodek, director of The East Side and Downer Avenue BIDs, announced that she was returning to Wausau this week. She will become the central Wisconsin city’s economic development director.

She previously served as director of Wausau’s River District BID and later as communications and promotions coordinator for Downtown Eau Claire Inc.

Brodek was hired to lead The East Side BID in 2018 and took over the Downer Avenue BID in 2020. The latter has long operated with a part-time director that often leads another nearby BID.

Her recent Milwaukee projects have included the creation of the East Side Art Lot, the return of the Downer Classic bike race in partnership with the Tour of America’s Dairyland and the East Side On marketing program. Her replacement will be tasked with the resumption of the Summer Soulstice festival, which has been canceled for two straight years because of the COVID-19 pandemic, and the Tomato Romp, which was canceled in 2020 and is scheduled to take place later this year.

The King Drive opening was created by the departure of Deshea Agee. The economic development veteran took a job with Michael Emem‘s fast-growing Emem Group firm and will focus on commercial real estate development, including on King Drive.

Get a daily rundown of the top stories on Urban Milwaukee
Agee, who announced his departure earlier this month, led the organization since 2016 and prior to that worked on the corridor while he was at the Department of City Development. During his time as director he oversaw a number of new initiatives and partnerships, including the formation of Brew City Match, the corridor’s designation as an accredited “Main Street” from the National Main Street Center and Wisconsin Economic Development Corporation, and an 80-property expansion in 2020.

You can learn more about the respective openings on the King Drive, The East Side and Downer Avenue websites.