Targeting Beyond Burgers, Smart Bacon or Just Eggs, all made from plants.

By Melanie Conklin, Wisconsin Examiner - Jun 23rd, 2021 11:55 am
Get a daily rundown of the top stories on Urban Milwaukee 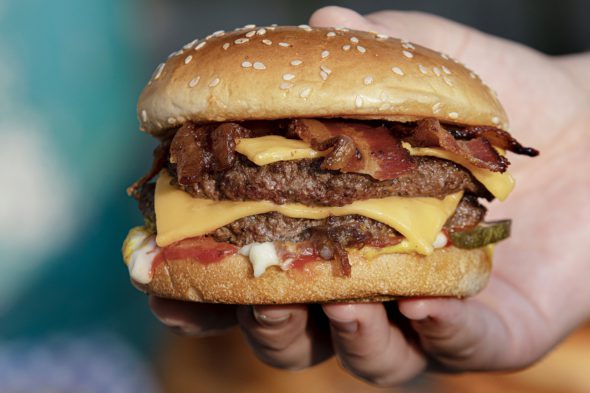 Before the Assembly got to the meat of its agenda Tuesday, a few bills regulating what food can be called passed unanimously with very little debate.

On the topic of meat, the Assembly voted for three “truth in labeling” bills. The bills banned labeling food and drink sold in Wisconsin as meat, dairy or milk, unless they contain those ingredients.

Taking aim at vegan Beyond Burgers, Smart Bacon or Just Eggs, all made from plants, the Assembly voted on a unanimous voice vote to pass the bills. The author, Rep. Travis Tranel (R-Cuba City) pitched the dairy bills as protecting the dairy industry.

“The bill is essentially just to make sure that we protect the markets that farmers have developed in the state through check-off programs, spending hundreds of millions of their own dollars to educate the public,” said Tranel. “Consumers deserve to know when they’re spending their hard-earned dollars on dairy that it’s actually milk from a cow or a goat. Same thing with meat. … These bills are as much about protecting consumers as they are about protecting markets.”

The Plant Based Foods Association objected to the bills, stating in written testimony that its members make plant-based milk, yogurt, cheese, ice cream and more and calling the bills, “unnecessary, unconstitutional and misguided.”

Backers also said they hoped the bills, which are similar to laws in almost a dozen other states, would pressure the federal government to take the same action. The bills passed the Assembly last session as well, but were not taken up in the Senate, which never held its final scheduled session after COVID-19 surged in the state. The bills are now in the Senate awaiting a vote should they decide to take them up.

Burgers from plants to be impossible in Wisconsin under bill passed in Assembly was originally published by the Wisconsin Examiner.