Plus: A new downtown food hall and Big Boy returns to the Milwaukee area. 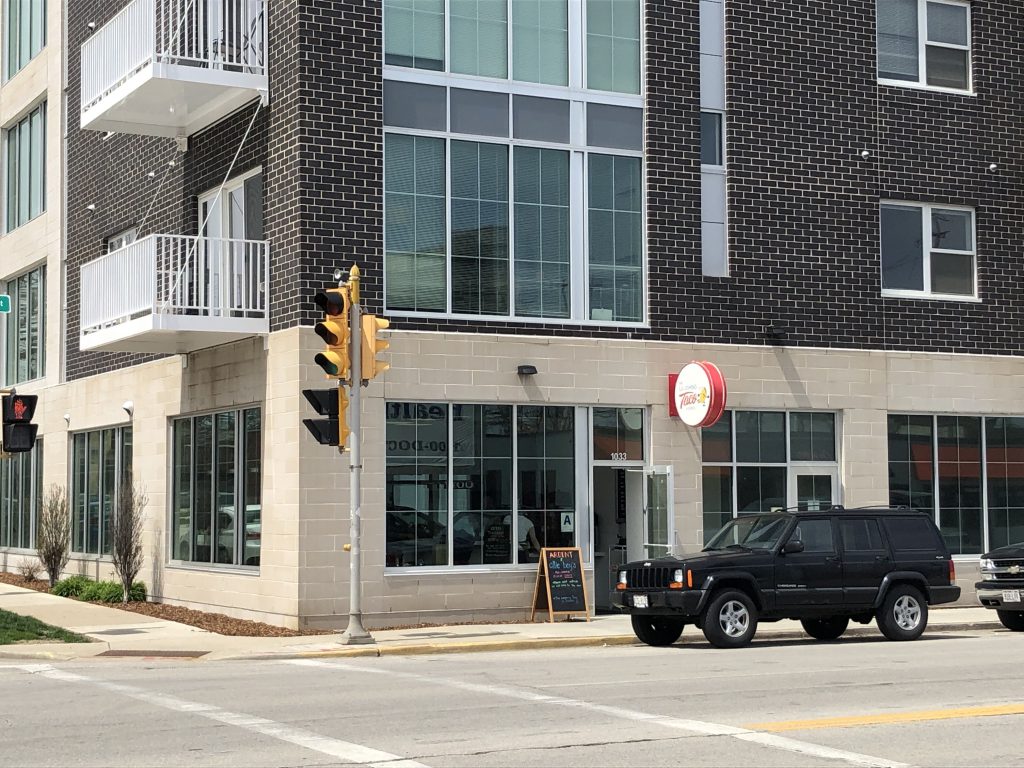 Chicago chef Ryan Pfeiffer, known for his work at the now-closed Michelin-starred Blackbird restaurant in Chicago, is bringing his Big Kid sandwiches to Walker’s Point’s The Laughing Taco on June 27th. Big Kid Sandwiches is Pfeiffer’s casual takeout sandwich shop located in Logan Square — an endeavor he pursued after the closure of Blackbird. Carol Deptolla reports:

Advance orders are open now online, if you don’t want to leave it to chance on the day of the event (some time slots are already sold out). Order at exploretock.com/laughingtaco.

It’s happening noon to 5 p.m. on the last Sunday in June at the taqueria owned by chef Justin Carlisle of Ardent and his wife, Lucia Muñoz, at 1033 S. 1st St.

The menu for the Laughing Taco event will have four sandwiches ($12 and $13), including the Grynder (hot capicola, mortadella, salami and fennel salad); the Space Torpedo (turkey, pastrami, pasta salad, melted provolone and onions); the Greens Melt (rapini, kale, chard and Swiss on Texas toast-style bread); and Italian beef (made with beef shaved from the Laughing Taco’s vertical rotisserie).

And it will have the Larry chili cheese dog ($6), made with Carlisle beef hot dogs. Also available: New Orleans-style Zapps chips, Samoa-style cookies and drinks, including two spiked slushies, beer and Mexican sodas

In the summer of 2020, it was announced that Crazy Water, a contemporary American restaurant located at 839 S. 2nd St., would close and reopen as La Dama — Mexican Kitchen. With restaurants opening back up, Urban Milwaukee’s Cari Taylor-Carlson finally got a chance to check out the new concept. Here’s what she thought:

If you are disappointed because Crazy Water did an about face, take heart. La Dama has maintained the fine dining tradition while serving contemporary Mexican cuisine that appears to have no relation to popular Tex-Mex combos.

This is a Mexican restaurant after all and that means tacos are on the menu. When you pay $20.00 for three, those tacos had better be more than spectacular, and they are. Here’s a trio: Grilled NY steak, black bean puree, charred drunken bone marrow, piquin salsa, chicharron and grilled onion; Seared tuna, horseradish crema, avocado and crispy peanut slaw; and for vegetarians, Seared spiced cactus, sun-dried tomato, mushroom, queso fresco and pumpkin seed pesto.

Reservations are strongly encouraged and even when you show up on time, there could be a brief wait, as we discovered on a busy Friday evening at 7:30. No problem. We stood outside on the steps, noses pressed against the window, and watched Chef (Emanuel ) Corona along with a second chef, prepare multiple dishes in the kitchen by the window. They worked in that tiny space in tandem, grilling, sautéing and plating, with nary a false move, a dance-like show that ended with a procession of aesthetically arranged plates.

Not only is the food beautiful and delicious, everyone from the servers, to the people who bussed the dishes, to the dishwasher who returned clean plates to the kitchen, functioned like a well-designed freeway at rush hour. It was a pleasure to watch our efficient server weave among the tables, yet find time to answer our questions with enthusiasm.

A new food hall with space for 18 food stalls could be opening Downtown at 733-737 N. Milwaukee St. It’s unclear who exactly is behind the project. The building was purchased on June 7th by a limited liability company based out of Los Angeles, and preliminary plans for the food court were submitted in February by Chicago-based real-estate broker Kyle McKechnie. But, regardless of who is behind it, as Urban Milwaukee recently reported:

A 334-square-foot dining area would be located in the front of the space, with approximately 200-square-foot kitchen stalls running the length of the 5,746-square-foot building. The plans show a “front of the house” counter area separating the public from having direct access to all but four of the restaurant.

The midwestern Americana-style food joint Big Boy closed its last location in Milwaukee in 1995. However, the franchise will open its first Wisconsin location since then on July 14th to the former Jerry’s Old Town Restaurant in Germantown. The news came from a Facebook post in the group “Milwaukee Remembers Big Boy!” Milwaukee Magazine’s Brian Rosenzweig reports:

Though the last Milwaukee location may have shuttered in the ’90s, memories still remain. Those who grew up with Marc’s Big Boy in Milwaukee may fondly remember pulling up to the restaurant; a statue of a suave boy holding his iconic two-patty, three-bun original, and warmly beckoning them inside. The Milwaukee community has continued to honor the restaurant in the years following its absence through “Milwaukee Remembers Big Boy!,” which has amassed more than 5,000 members who love to tribute similar burgers at local restaurants and even hosted a one-day reunion featuring the beloved menu items.

In its many years in Milwaukee (and throughout the country), Big Boy had a specifically family and kid-friendly charm; from becoming inextricably linked to the Beatles after a visit from the band in 1965, to the long-running “Adventures of the Big Boy” comic strip, to an emphasis on quick and friendly customer service, the franchise more than made a name for itself. Not to mention the iconic dishes, such as the double-decker topped with American cheese with special sauce and the famous strawberry pie that has inspired countless copycat recipes.

Trattoria di Carlo, a pizza restaurant in Oak Creek that has been serving slices since 2002, has abruptly closed its doors, announcing the news via a social media post. In the statement, Chef Carlo Pedone cited the restaurant industry being “very challenging right now” and that it was the “right decision for (his) family.” Journal Sentinel’s Erik S. Hanley reports:

“I want to thank everyone who has broken bread at my table, shared a laugh, and supported my business,” Pedone said. “For nearly twenty years, Trattoria di Carlo has been a staple of Oak Creek, and I have truly loved every moment of it.”

The pizzeria opened in December 2002 with a family recipe that dates back much further.

“We have an old family recipe that my dad had, and we’ve been making pizzas with it for over 40 years,” Pedone told the Journal Sentinel in 2018. “I started with my dad at Napoli’s in Burlington before I came here. The recipes are my dad’s.”

The restaurant was known for its brick oven pizzas with a hand-tossed, medium body crust. One of the favorites, the Sicilian, featured artichokes, tomatoes and basil.

“We put our hearts and souls into every pizza,” Pedone said.

Pedone concluded the statement by saying he is “ready to go home.” However, he also left some hope the pizzeria may return one day saying, “until we meet again, ciao.”