The tavern's liquor license renewal was denied after the owner determined to be indifferent to neighborhood concerns. 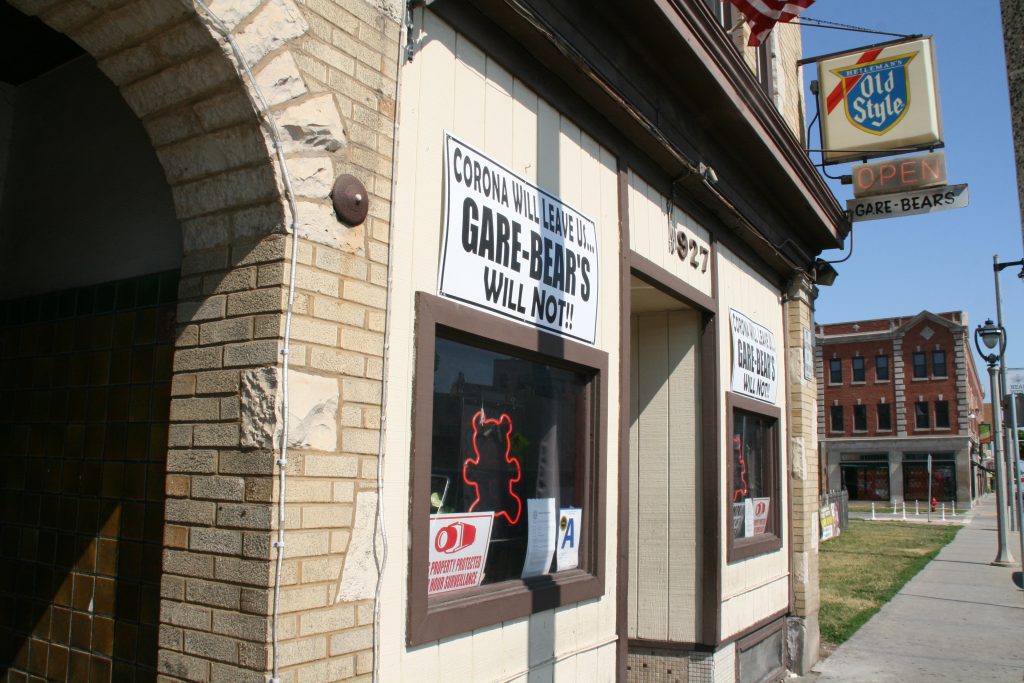 And owner Gary Lieske is partially right. The COVID-19 pandemic does appear to be fading. But Gare-Bear‘s is leaving too.

The objections to the bar, from both area Alderman Robert Bauman and neighborhood stakeholders, have more to do with problems that occur immediately outside of the bar than those on the inside.

“His attitude is basically this is not my problem,” said Bauman. “The fact that it’s his third year answering to this same problem is very problematic.”

Lieske, 64, defended his record before the Licenses Committee on June 2nd.

“I’m at the end of my time here. I’m ready to sell,” said Lieske, who has owned the business for 38 years. “We’re here today to make that all work.” He was seeking one more renewal and then he said he would sell the bar.

“This one is a little tricky one for us,” said Near West Side Partners executive director Keith Stanley. “I’m hesitant to say we don’t support it. We just want to make sure we are not here at the same time next year with the same issue.”

“We moved a bunch of people off the sidewalk, it’s Wendy’s problem now,” said Lieske of the fast food restaurant at 914 N. 27th St. “It’s less of my problem now. It’s somebody else’s.”

Get a daily rundown of the top stories on Urban Milwaukee
But Neighborhood House executive director Jeff Martinka said the loitering hadn’t stopped. He said he left his office, located a block west of the bar, on June 1st, the night before the hearing, and saw six people standing outside the bar.

The nonprofit operates Neighborhood House of Milwaukee Garden Park, 2713 W. Richardson Pl., on a city-owned parcel immediately north of the bar. The nonprofit, located in the neighborhood for 75 years, pays to maintain the park that was created when an apartment building was demolished in 2011 after the city acquired it via property tax foreclosure.

“I know that they have struggled, but for us it makes it hard to make the garden park be successful when there are people smoking and often drinking immediately outside the bar,” said Martinka.

“The little green space to the north of us has been a definite issue,” said Lieske. “Multiple parties with people off the street. They barbecue there. Some of the girls are washing their behinds with the water tanks. People congregate over there. I am happy to see they finally locked the gate.”

“His people, his customers,” said Bauman into a hot microphone as Lieske spoke.

Neighbor Gaele Johnson said there are too many places to buy liquor in the neighborhood and that the bar is a source of crime. “We’re trying to build this neighborhood up,” she said.

Lieske said problems with prostitution, gangs and drinking on corners have been present for his entire tenure.

Martinka said Gare-Bear’s wasn’t the only source of issues for the park and neither Martinka, nor Stanley explicitly asked for the license to be revoked.

But Bauman said he was moved to pursue non-renewal because of Lieske’s attitude at the committee meeting.

Bauman brought up that attorney Joshua Gimbel defended a Family Dollar store located across N. 27th Street by stating the issues stemmed from Gare-Bear’s customers. Lieske in turn blamed the issues on Family Dollar. The council voted against renewing a food dealer license for the store in November. The company is now challenging the action in court.

The alderman also mentioned that Daddy’s Soul Food & Grille operates a “wonderful” establishment approximately 150 feet south of the bar, proving that the neighborhood isn’t to blame. “There’s no loitering, there’s no gun play, there’s no smoking outside, there’s no drinking in the parking lot and daddy’s soul food has a parking lot,” he said, while acknowledging the business doesn’t serve liquor.

“What was intended to be an amenity for families and children, and where Neighborhood House could do programming… it’s been wiped out by the loitering and the drinking and the smoking and the people washing their behinds, as Mr. Lieske pointed out, in this public space,” said Bauman.

“Frankly the comments this operator has made about a neighborhood park, I don’t even want to restate them. Everything Alderman Bauman has said was completely correct. [Lieske] was blaming a neighborhood amenity for issues he should have taken responsibility for,” said committee member Ald. Nik Kovac. He moved non-renewal.

Lieske said he had a pending agreement to sell the bar and building, 921-927 N. 27th St., to Sean Raffaelli. The three-story building, assessed for $353,800 contains apartments and multiple commercial spaces.

“You cannot sell a liquor license,” said Kovac. He noted that Raffaelli would need to re-apply for a license as a result of any sale.

The committee, with Alderwoman Milele A. Coggs in objection, voted to non-renew the license.

When it came before the full council on June 15th, Lieske doubled down on his defense and brought attorney Michael Winter with to represent him.

“Any troubles in this neighborhood are not a result of patrons at Gare-Bear’s,” said Winter. “They make sure there is no loitering in front ever.”

“They are not trouble makers,” said the attorney.

But Bauman brought up a January 22nd, 2018 homicide where, according to a police report, a patron stepped outside to smoke a cigarette and bump into someone who they then argued with and shot with a handgun. The suspect fled in a car while the victim was left on the sidewalk.

The council sided with Bauman and voted unanimously against renewal. 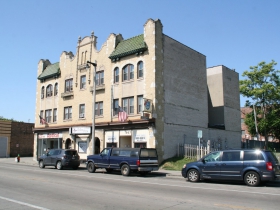 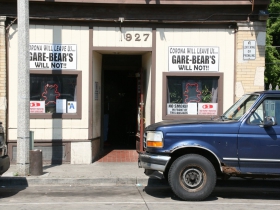 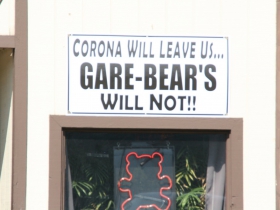 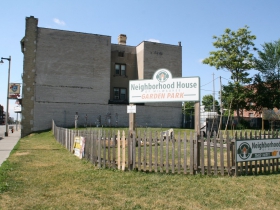 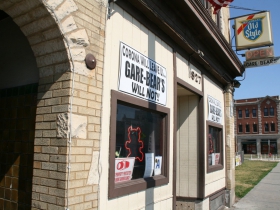