A walk along the river in Estabrook Park is pretty, along with remnants of a long gone Milwaukee industry. 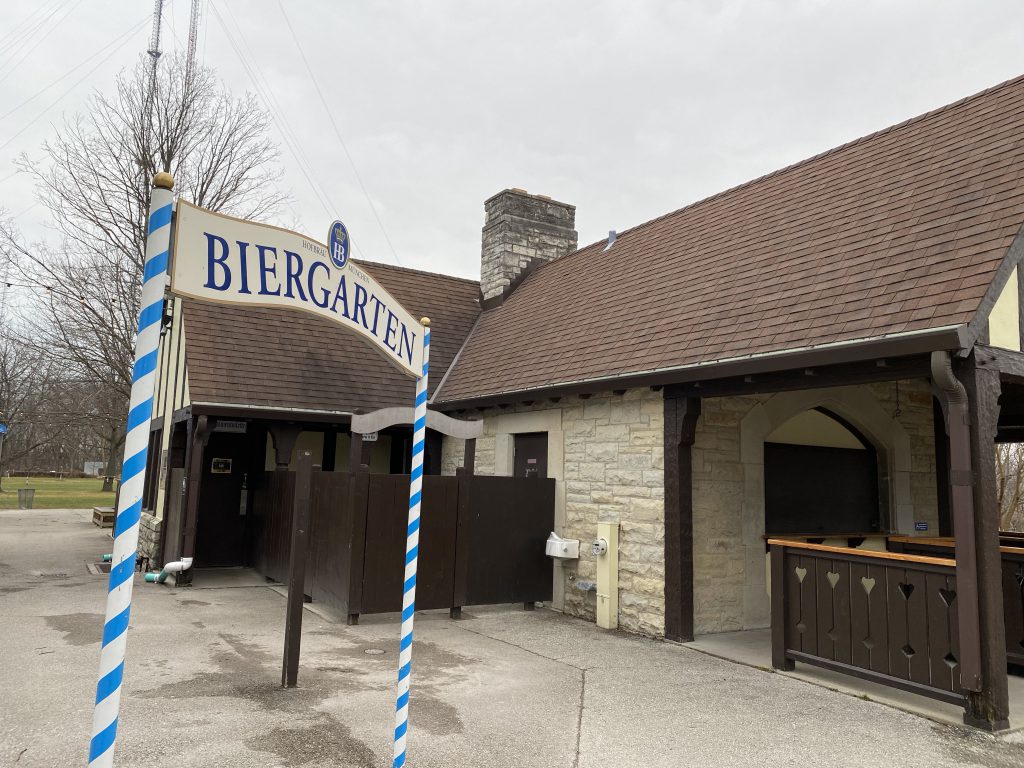 From the mid-1800s until Prohibition in the 1920s, summer beer gardens flourished in Milwaukee. Estabrook Beer Garden wasn’t one of them. It wasn’t established until 2012, making it the first local beer garden since Prohibition. It’s always busy, rain or shine, and the place where this walk starts.

Estabrook Park was originally the site of Milwaukee Cement Company. This business began with the discovery in the 1870s that the Milwaukee River, the western boundary of the park, had a limestone outcropping, an ancient reef of exposed bedrock, that could be used to make an especially durable cement. From 1870-1911, the company dug vertical shafts and horizontal tunnels underneath the park. It also quarried limestone from below the river, which left two man-made lakes, Cement Lake and Blue Hole, tempting to swimmers, but dangerous.

As Carl Swanson wrote in Lost Milwaukee in 2018: “Many Milwaukeeans liked to cool off in the deep spring-fed quarry lakes. But their sudden drop-offs, underwater ledges, and submerged caves, claimed many unaware swimmers. Blue Hole gained an especially sinister reputation and the nickname ‘Suicide Hole.’”

During its years of operation, the Milwaukee Cement Company employed so many workers that it became its own community with its own Post Office. It was known as Cement City.

After competition in the cement industry caused its demise, the Milwaukee Cement Company ceased operating in 1911. The land was put up for sale and in 1916 Milwaukee County purchased it. Not much happened until the county hired the Civilian Conservation Corps, the CCC, to go to work converting those 125 acres into a park. At the river, they established a beach and built a bath house which only lasted 15 years, until the water became too bacteria-laden for safe swimming. The parking lot for the beach is today’s dog exercise area. The CCC also dug the lagoon, set aside land for athletic fields, established picnic areas, and built wooden steps in several places down the bluff to the river.

A footnote to the remains of the horizontal tunnels dug by the cement company might be the sink holes in the park that appeared years later, including a nasty hole close to the south end of Estabrook Pkwy. That hole blew many tires, including one of mine, before it was filled in, hopefully, for the last time.

Start your walk at the Beer Garden and look for the stone steps that lead to the river. The river runs fast here. Take time to enjoy the mini- waterfall. Turn left and follow the wooden bridge. Where the bridge ends, note a remnant of the limestone outcropping, the cash crop harvested by the cement company. The trail hugs the river, a lovely peaceful walk, sometimes populated by bird watchers in the spring, and the occasional mountain biker, a hazard you want to listen for. Along the trail there are several benches installed by Friends of Estabrook Park, each strategically located for its view of the river. You will also see more than one set of wooden steps going up the bluff which provide access to the bike trail for a shorter walk.  To complete the two-mile walk, continue past the third set of steps to a place where a short steep trail goes up. This takes you to picnic area number eight across the road from a parking lot.

If the directions for this riverside walk are less than precise, you can thank the multiple steps built by the CCC and many side trails to nowhere, while others dead end at the river. Keep walking south; if you come to an impassable pile of brush, try again; you can’t get lost; there will always be more stairs leading to the top and the bike trail back to start.

From the picnic area, return on the paved bike trail heading north, an easy stroll back to the beer garden. Then, maybe try a beer or two, and something to eat.

On this riverside walk, you’ll see a lot of nature within the city and witness a bit of Milwaukee’s history, out of sight, but not forgotten. 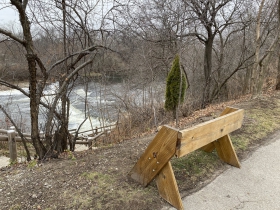 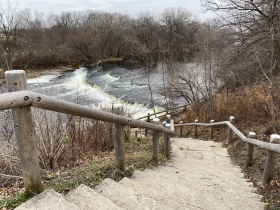 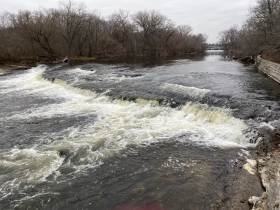 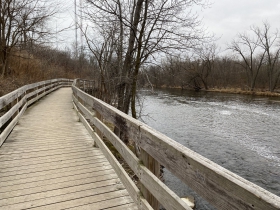 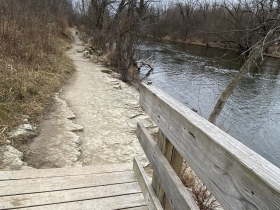 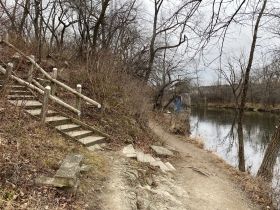