Demands include a $15 minimum wage and union contracts for all cleaners in Milwaukee. 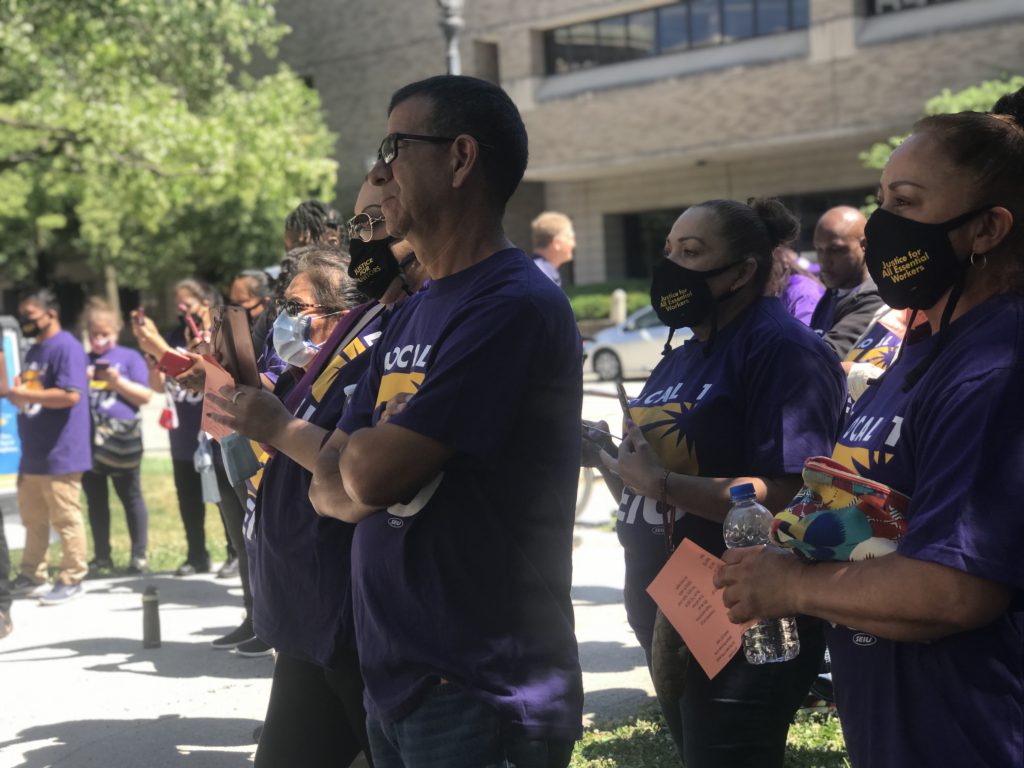 The janitors and Milwaukee Area Service and Hospitality Workers Organization (MASH) are set to begin negotiations on a labor agreement with Milwaukee area contractors in the coming weeks. Their contract demands include a $15 minimum wage and union-level employment protections for all cleaners in Milwaukee. They also are demanding a “voice and seat at the table for janitors,” said MASH President Peter Rickman in an interview before the press conference.

Rickman emphasized that these protections would have helped protect janitors during the COVID-19 pandemic.

“We took on our cleaning duties without PPE,” janitor Daniuel Kaczynski noted in a press release. “We didn’t have the equipment we needed nor the training for the new chemicals we used.”

The hazardous working conditions during the pandemic were highlighted at the rally, with a moment of silence for Avelino Abrego, Aurelio Hernandez and Clinton Carter, all of whom were Milwaukee janitors who died of COVID-19.

“They contracted the virus working in unsafe conditions, worried that if they did not work, they would not eat,” said janitor Leti Mendoza. “And they died because of it.”

The rally took place on Justice for Janitors Day, an international event first held on June 15, 1990. “[It] really changed the tide in the way that the public looked at janitors and the struggle for economic, racial and social justice,” said Rickman of the day’s formation.

He said that a focus on the intersectionality of this movement is crucial.

MASH was founded in 2018 to implement a community benefits agreement with the Milwaukee Bucks for workers at Fiserv Forum.