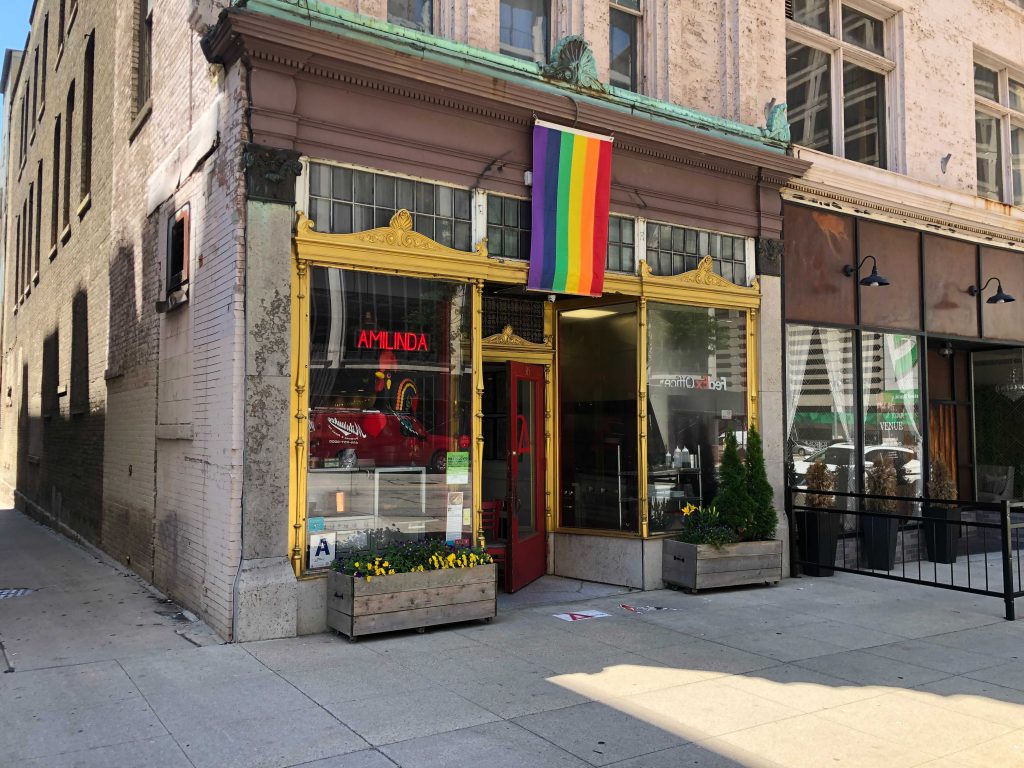 Gregory León of Milwaukee is among thousands of restaurant operators who thought they would get help from the federal Small Business Administration (SBA), only to see the aid frozen by court rulings blocking the agency from giving first priority to historically disadvantaged groups.

León says he was informed on May 28 that his grant application for money from the $28.6 billion Restaurant Revitalization Fund was approved. But he has just been notified that the money won’t come through because of court rulings in lawsuits that accuse the SBA of discriminating against white males.

The fund is part of the federal response to the COVID-19 pandemic, which devastated the industry amid temporary shutdown orders and as customers stayed away to avoid contracting the coronavirus.

“That money doesn’t go to me,” León told the Wisconsin Examiner on Monday. He planned to use it to enable his Milwaukee establishment, Amilinda, to move from 50% capacity to full capacity by hiring more people and giving employees “much-needed raises.”

The New York Times reported on Monday that in response to recent court rulings, the SBA halted payments to nearly 3,000 applicants whose grants had been approved in the priority period but who had not received the money. The article included León.

A group of lawsuits — one of them filed by the Wisconsin Institute for Law and Liberty, representing a white restaurant owner in Tennessee — challenged the priority period favoring disadvantaged business owners.

A federal appeals court in ruled 2-to-1 in favor of the Tennessee restaurant owner. In a separate case, a Texas federal judge ordered the SBA to use a strict first-come, first-served basis to award the funds. Both rulings accused the federal government of race and sex discrimination.

Previous aid programs spawned by the COVID-19 pandemic have bypassed smaller businesses with owners who are Black or members of other minority groups, several analyses have shown.

The provision giving minority- and women-owned businesses a head-start on the process recognized that “a lot of minorities were really hit hard by the pandemic,” said León, who is Latino. “It was important that we were helping those who need help, and who don’t have a leg up on the situation.”

The lawsuits challenging the intent of Congress to give more disadvantaged businesses a head start reflected “white male fragility” on the part of plaintiffs who were unwilling to “wait [their] turn,” he said.

León said the SBA has told him that business owners who have been approved but whose grants were halted won’t have to reapply, but he observed that the funds are on the verge of running out.

Money for the approved applications that are on hold might not get disbursed without a reinfusion for the program from Congress. A bipartisan bill to add $60 billion to the fund has been introduced, but its chances “are unclear,” according to the Times.