Lakeside Bakery used a sweet strategy to find the suspect of its robbery. 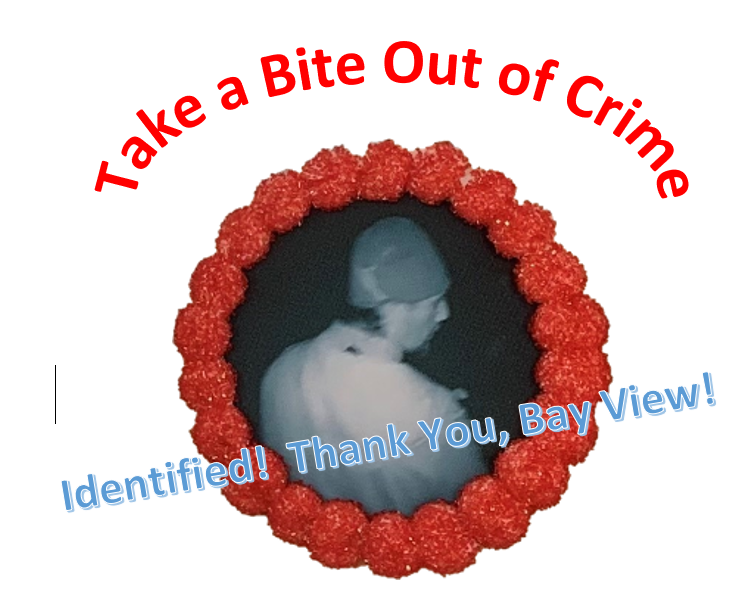 On April 19th, a middle-aged man broke into Canfora Bakery (recently renamed Lakeside Bakery) and stole $200 in cash, along with the drawer it was in. The drawer itself was worth $120.

Little did he know that the sweet treats he was surrounded by in the bakery might be the recipe for his identification and arrest.

Following the burglary, owner Karen Krieg wanted to spread information to the community. So, shortly after the Milwaukee Police Department released an image of the suspect, Krieg printed a photo of the burglar and printed them onto cookies.

“The goal was just to let people know what happened and see if they recognize the gentleman,” Krieg said.

She posted a photo on Facebook and invited the community to come “take a bite out of crime” with a free cookie.

“The Bay View Town Hall members were able to identify him within about 18 minutes of the post being posted,” Krieg said. “It took longer for the admins to approve the post than it did for the community to find it.”

The man was arrested on May 10th. To celebrate, the Bay View bakery gave away cookies with his mug shot on them.

Get a daily rundown of the top stories on Urban Milwaukee
Krieg was thankful to the community for their role in catching the “cookie caper.” She also wanted to highlight the role that the MPD played in a case where the amount stolen wasn’t even enough to file an insurance claim.

“They were absolutely amazing. No matter how big or small the crisis, they’re absolutely giving it all of their attention,” Krieg said.

Krieg renamed the bakery to Lakeside Bakery, because when she purchased it in 2017 it came with the rights to the original name, Canfora Bakery, for only five years.

Lakeside Bakery, located at 1100 E. Oklahoma Ave., is known for their Sunday hot ham and hard roll special along with a variety of cookies, pastries, breads and cakes.