Are Employers ‘Competing With The Couch’?

By Erik Gunn, Wisconsin Examiner - Jun 2nd, 2021 12:46 pm
Get a daily rundown of the top stories on Urban Milwaukee 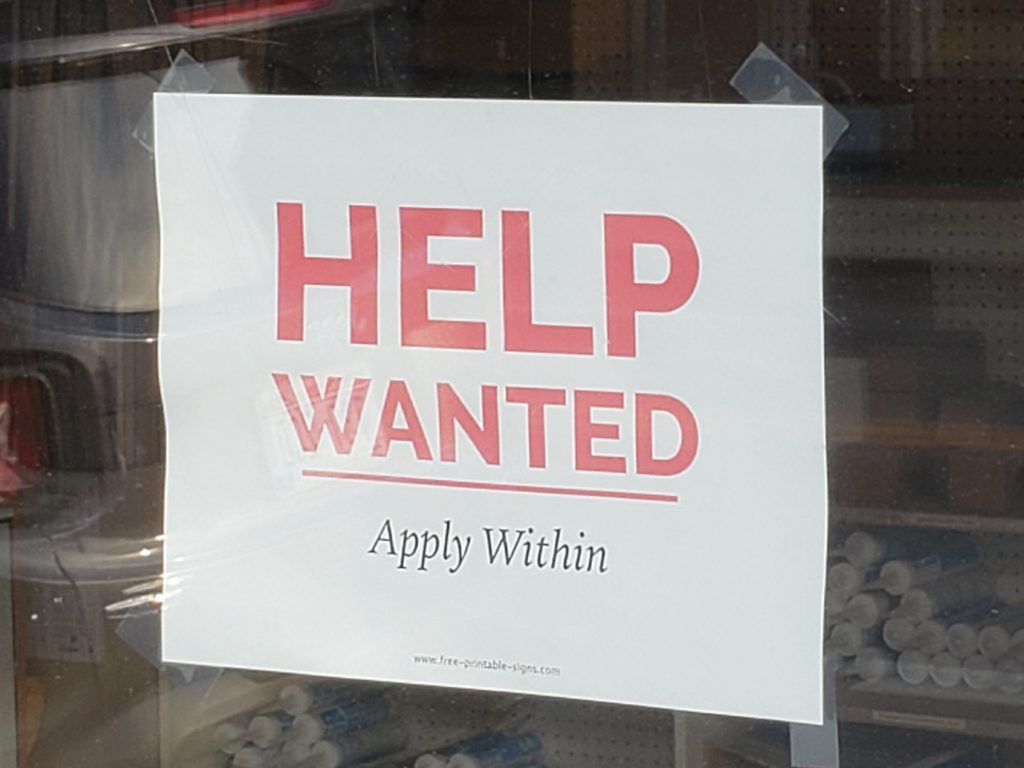 In response, Republicans who command the majority in the Legislature have moved to make jobless pay smaller and a little harder to collect. But Democratic lawmakers, along with economic analysts and some other employers, say that the problem is more complicated, and that the solution pushed by business lobbyists and GOP legislators won’t help — and could hurt.

“If we’re not addressing child care, we’re not addressing wages, I think we’re just basically returning to the same broken system that we had before the pandemic,” says Sen. Chris Larson (D-Milwaukee). “People have had a year to realize that we can do a heck of a lot better than just trying to trip people up through the unemployment insurance maze.”

On Wednesday, an Assembly committee will vote on a bill (AB-336) that would cut Wisconsin unemployed residents off from the $300 weekly federal supplement to unemployment insurance (UI).

Another UI change pushed by the GOP has already taken effect. Two weeks ago the GOP majority on the Joint Committee for the Review of Administrative Rules (JCRAR) voted to reinstate a requirement for people who submit claims for unemployment to conduct and document four “work search activities” each week starting May 23.

The requirement, part of the state’s unemployment law, had been suspended under an emergency rule put in place early in the COVID-19 pandemic. The administrative rules committee  scrapped the suspension on a party-line vote with all Democrats dissenting. That was the final action on the requirement, because the committee generally has the power to veto or rewrite administrative rules.

“A number of businesses just are shutting down,” declared the committee’s co-chair, Sen. Steve Nass (R-Whitewater) at the May 19 JCRAR meeting. With about 117,000 state residents unemployed, “I would argue that that’s why it is so imperative to get people out looking for work that are able bodied and able to go to work.”

If the legislation to cut off the $300 weekly federal supplemental unemployment pay passes Wednesday’s vote in the Assembly Workforce Development Committee, it could make it to the floor when the Legislature meets the week of June 14.

And because both the Assembly and the Senate have already held public hearings on the legislation, under the Legislature’s rules if it passes one house it would be teed up for swift passage in the other house in the same week.

Unlike the work-search requirement, however, the bill to cut off the extra federal pay can’t become law without the governor’s signature. So far, no Democratic legislators have endorsed it and several have said they expect Gov. Tony Evers to veto it.

Republican lawmakers introduced the measure amid a campaign by the state’s largest business lobby, Wisconsin Manufacturers & Commerce, and by Wisconsin’s Republican Congressional delegation.

The co-author of the Senate bill (SB-354), Sen. Howard Marklein (R-Spring Green), testified at the Senate hearing May 25 that “every single one” of the business owners in his district that he had spoken with in recent weeks had complained about “the shortage of labor and how it was affecting their business.”

Besides businesses, Marklein said he’s heard similar complaints from a county highway official and a local nonprofit group director who told him “how the $300 a week federal supplement is negatively affecting their ability to hire people.”

‘Competing with the couch’

The first federal supplemental unemployment pay, part of federal pandemic relief legislation enacted in March 2020, gave UI recipients a $600 weekly boost. After it expired in July, a series of $300 supplements took effect. The most recent version was part of the Biden Administration’s American Rescue Plan Act (ARPA) and is in effect until September.

At least four studies over the last year have found no evidence to support the claim that the bonus was keeping people seeking or taking jobs.

The most recent was a University of Chicago study published in February. It looked at the banking data of millions of people (their identities were concealed from the researchers). Based on mathematical modeling, the research team concluded that neither the original $600 extra weekly federal benefit nor the later $300 weekly payments discouraged people from looking for work.

The finding echoed several previous studies, including from the San Francisco Federal Reserve, Yale University and a joint paper from the University of Pennsylvania, the New York Fed and Glassdoor Inc.

A Chicago Fed study published in June 2020 looked at data from before the pandemic. It found that, between 2013 and 2019, people receiving unemployment compensation were only a fraction of those who lost jobs in that period — but their job searches were more intensive than those of people who had exhausted their benefits or never received them.

Still another recent study conducted during the pandemic for the National Bureau of Economic Research found that the loss of the original $600 supplement “did not lead to any sizable increase in employment.”

At the same time, both the University of Chicago’s February study and a previous paper concluded that the federal supplements appeared to have boosted consumer spending, potentially averting a worse recession.

The U of C study was based on one published in 2020 from JP Morgan Chase that used the same method, tracking individual banking and spending patterns from anonymous data. The JP Morgan study found that consumer spending rose after the $600 supplement took effect, which doesn’t typically happen when people collect unemployment alone. Similarly, the U of C report found that when the $600 supplement expired, spending fell; it rose again after the first $300 weekly supplement took effect.

Regardless of those findings, Marklein has more than once repeated a comment from a business owner in his district who said employers were having so much trouble hiring because they were “competing with the couch” while potential hires collected extra unemployment benefits.

Three business owners and two lobbyists who testified in favor of Marklein’s bill at the Senate Labor and Regulatory Reform Committee’s May 25 hearing all described recruiting difficulties in their appeals to lawmakers to enact the legislation.

An explanation based on assumption

None of those witnesses cited direct evidence for a connection; instead, their testimony assumed that the extra money was provoking a tighter labor market.

“It’s not the people’s fault,” said Scott Mayer, chair and CEO of QPS Employment Group, a multistate staffing company based in Brookfield. “I don’t blame people. We have to change the situation, the narrative, to encourage people to get in [the job market]. They’re going to feel better about themselves — when you go to work every day you feel better than sitting around.”

In his own testimony, Marklein reported that in the week after he announced the measure at a May 18 press conference, “what I would consider to be average workers have been contacting me and talking about their support for the bill.”

Marklein described the unidentified callers as “people that are getting up every day, going to work.” He added that “I’ve heard stories” from such callers who, while packing their lunch for work, reported that “their next-door neighbor is packing the tackle box to go fishing all day.”

“I didn’t just land here from Mars, but I have encountered a lot of people, frankly, who said, ‘I got no reason to go back to work until these unemployment benefits expire,’” said Stroebel at that May 19 meeting. “So contrary to the studies you cite, believe me, the people are out there, and maybe you need to look at some other studies.”

2 thoughts on “Are Employers ‘Competing With The Couch’?”