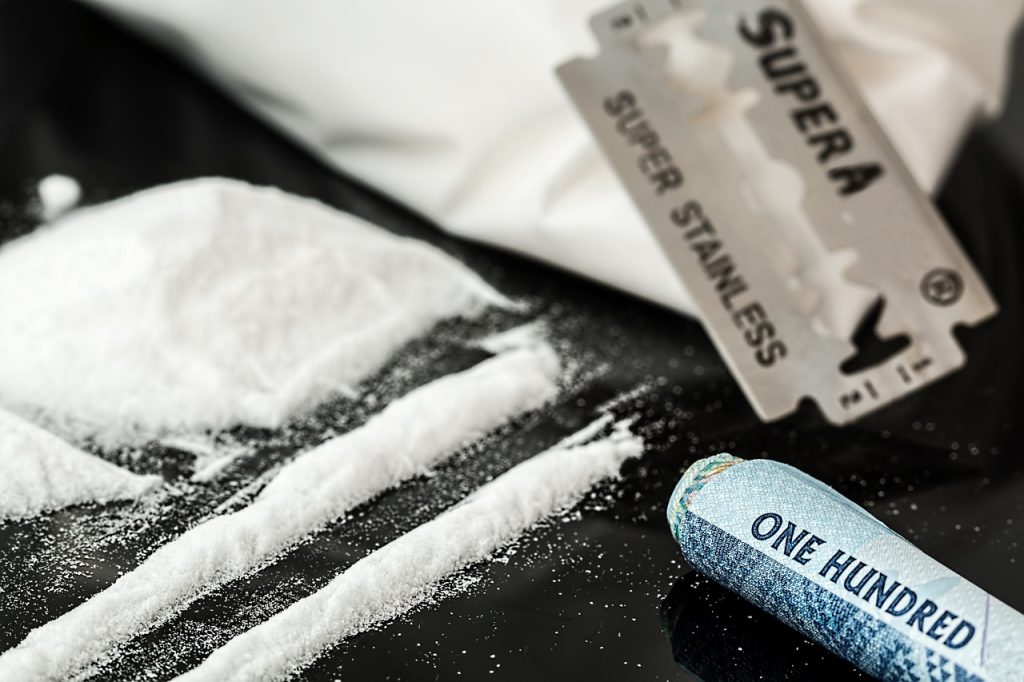 Cocaine. Photo is in the public domain.

The Common Council’s hesitation with accepting federal policing grants appears to have started, and stopped, with the COPS grant.

The council spent months debating that grant. It voted to reject the $9.7 million grant in December, then reconsidered and accepted it in January on a 9-6 vote after acting police chief Jeffrey Norman agreed to a series of reporting requirements.

“We still haven’t had ‘the talk’,” said Ald. Marina Dimitrijevic about the city’s budget and policing issues. “As the chief of Public Safety & Health, I can see every meeting that things are broken. I fear that we are going to be insolvent in a few years and the only thing left is going to be the Milwaukee Police Department.”

But subsequent grants haven’t received the same level of scrutiny or opposition.

In March, the council unanimously accepted a new $1.35 million federal grant associated with the federal Operation Legend crime-fighting effort after discussing it for only a couple minutes.

“Together the COPS and HIDTA grants dedicate 39 MPD members to fighting Richard Nixon‘s endless, racist, futile war on drugs,” said Mozina to the Public Safety & Health Committee on April 22nd. “Are you ready to have the talk now or is that conversation going to be pushed off again?”

The committee voted to hold the measure pending more information from MPD.

The grants partially cover the salary costs of 12 police officers assigned to the multi-jurisdictional crime-fighting effort. The city must provide $1.4 million to access a $378,466 (21%) federal grant.

“Last year the Milwaukee HIDTA recovered 240 illegal guns,” said Lieutenant James Hutchinson when the grants were reviewed again on May 13th. “We recovered 297 kilograms of cocaine with a street value of nearly $30 million. We recovered half a kilogram of crack cocaine.”

Get a daily rundown of the top stories on Urban Milwaukee
Hutchinson noted that crack cocaine is more often found at the user level. “It demonstrates that the targets of HIDTA investigations are drug supply organizations, not users.”

The city has been receiving the grant since 1998, the year the multi-jurisdictional team was founded. It is one of 33 in the country.

“Last year we recovered seven kilograms of methamphetamine, 26 kilograms of heroin with a street value of nearly $4 million and two kilograms of fentanyl,” said Hutchinson, noting that fentanyl was commonly found mixed with other drugs. “The two kilos recovered by HIDTA last year is enough of the drug to kill the entire population of the city of Milwaukee.”

He said the effort led to 496 weapons charges, 81 homicide charges and 67 sexual assault and kidnapping charges in 2020.

Hutchinson said data on the racial makeup of those arrested, an item requested by the committee, was not tracked. Ald. Nik Kovac asked that an effort be made to find that data, even if it was only the city’s part of the HIDTA effort.

“What do we have to show for 22 years of partnering with HIDTA? The MPD has never been required to provide a report documenting the outcomes, good or bad, resulting from their participation with HIDTA until today,” said the watchdog.

“This year’s HIDTA grant summary and analysis is just a repetition of the same old boilerplate language they use every year,” said Mozina. “It’s so out of date that the word fentanyl doesn’t appear despite the fact that 408 of the 564 overdose deaths recorded in 2020 were from fentanyl alone or in combination.”

“Have the outcomes of their efforts to date increased public safety? If so, how does MPD measure that?” asked Mozina. “The only HIDTA program goal consistently achieved by MPD is the continued allocation of financial resources to the fool’s errand assigned to them by politicians.”

His testimony failed to sway the politicians. The committee voted unanimously to accept the grant, referring it to the Finance & Personnel Committee.

But Mozina might have succeeded at getting the council to at least consider framing the grants differently.

“I did request the police department to start breaking down in terms of what the metrics are for success for use of these dollars,” said finance committee chair Ald. Michael Murphy on May 19th.

“Not all of the data is easily accessible because it’s part of a partnership,” said MPD chief of staff Nick DeSiato, but he said the department would work to put something together.

The committee unanimously endorsed the grants.

On Tuesday, the full council voted to accept the grant without any debate.