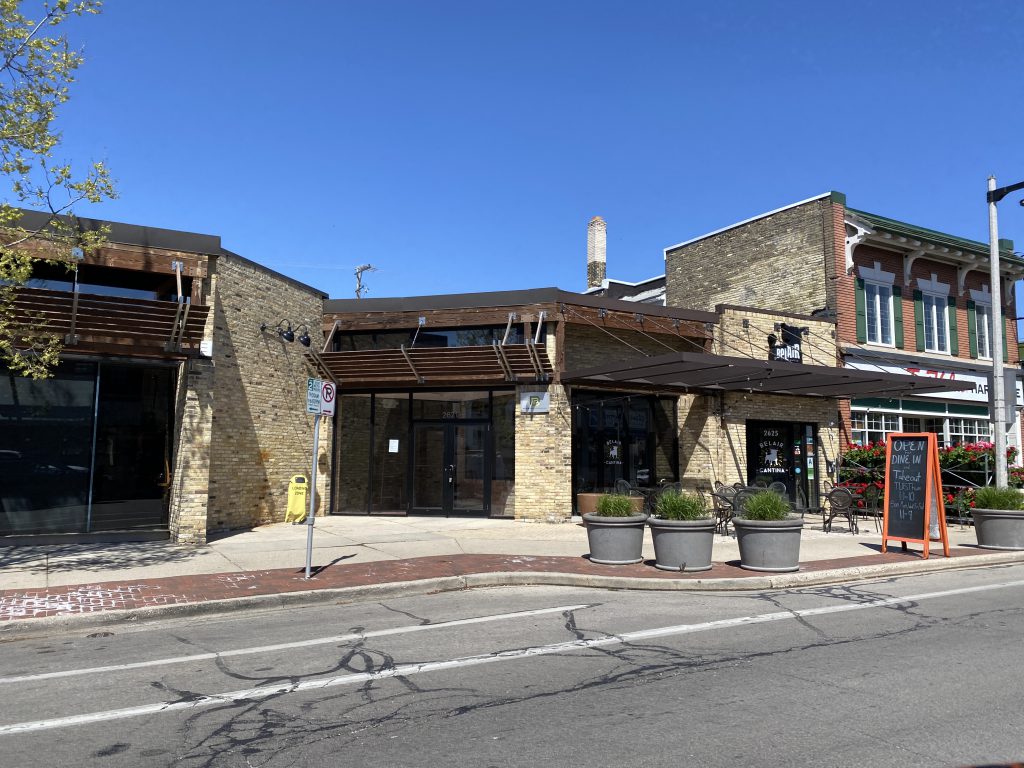 A new restaurant that will serve breakfast and lunch seven days a week is filling the void left by the Downer Ave. Original Pancake House. Canela Café is expected to open sometime in July or August at 2621 N. Downer Ave. Tom Daykin reports:

“Canela Café will be a place for families, young professionals and students to enjoy a breakfast, lunch or Sunday brunch in a casual, fun atmosphere on one of Milwaukee’s favorite retail streets,” said owner and operator Dina Awadallah, in a statement.

Honeypie Cafe has moved into its new space at 2569 S. Kinnickinnic Ave. in Bay View and is now open again. The newly remodeled building features a patio, and a grand opening celebration will take place on May 19. Lori Fredrich reports:

…the inaugural Honeypie Cafe menu will pay homage to customer favorites, bringing back a slew of dishes from years past, including dinner entrees like Airline Farm Chicken with whipped potatoes, jus and seasonal vegetables ($24); and seared pork loin with cheesy polenta, spinach and bourbon sauce ($24).

… there will be more pie, available daily by the slice or whole pie for dine-in or carry-out. And, if you are a baker, you might be excited to see the new pie-themed retail area where you can purchase a variety of co-owner and chief pie maker Valeri Lucks’ favorite pie-making supplies…

Honeypie will offer full-service outdoor dining (for breakfast, lunch and dinner) on the brand new patio behind the new building. The space accommodates up to 56 guests at 14 four-top tables.

Chef-owner Darnell Ashley said he’s hoping to replicate the style of a previous restaurant of his, Ashley’s in Walker’s Point, and attract a diverse and mature crowd to Q.

One indication of how far from barbecue the restaurant ventures: It has vegan boneless wings on the menu, and Ashley said this week he’s experimenting with jackfruit for another vegan dish that could appear on the menu soon.

Besides main dishes like barbecued pork shoulder and beef brisket, served with cornbread, sauce and two sides, Q’s menu has entrees such as pasta Alfredo, salmon croquettes, shrimp and grits, catfish with shrimp and white sauce, and chicken breast or pork chops that are grilled, smothered or Southern fried. Entrees range from $13 to $21.

Besides set daily specials — Thursdays are for beef ribs, Fridays for fish fry and Sundays for soul food — Q will have off-the-menu specials relayed by servers each day the restaurant is open, Tuesdays through Sundays, said general manager Tina Wesley.

The kitchen will stay open until midnight, Ashley said, with the restaurant closing at 1 a.m. The exception is Sundays, when it will close at 8 p.m.

The bar will pour beer, wine and mixed drinks, and it will have Jameson whiskey shakes, Wesley said, besides vanilla and chocolate shakes.

For now, the restaurant will be open for dinner only, starting at 4 p.m. It’s expected to add takeout with curbside pickup next week. Online ordering will be added later, though diners also will be able to order in person or call in.

Brunch All Day Coming to Northwest Side 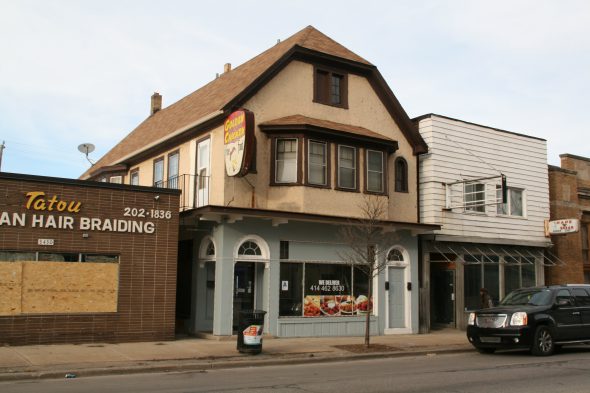 Traditional brunch food like chicken and waffles, breakfast sandwiches and paninis are on the future menu according to Whigham. Whigham plans to keep some items, like burgers, from the former Golden Chicken menu available, while also adding some others from Mi Casa Su Cafe.

The business hours will be from 10 a.m. to 10 p.m. from Monday to Friday and 12 p.m. to 5 p.m. from Saturday to Sunday, according to a license application pending before the Milwaukee Common Council.

Whigham said he wanted to buy the property next door until he was approached by the owner of the Golden Chicken building. He told Urban Milwaukee after remodeling the kitchen and the lobby, he is searching for a way to connect the two buildings for extra seating. He said he plans to redecorate the interior with colorful pictures of food and jazz music memorabilia.

“We have been working towards this goal with 3rd Street Market Hall for the better part of the last two years,” said co-owner Kurt Fogle. “With all of the challenges we have all faced during the pandemic, it’s a wonderful feeling to finally share our plans with our friends in the community. We are so excited to help reinforce the vitality coming to Westown.”

…Dairyland launched in September out of a shared commercial kitchen, Common Cookhouse, in Oak Creek. In November the partners launched a food trailer at Zocalo Food Park, acquiring the former Fontelle’s Eatery trailer.

The expansion to the Westown food hall will add house-made frozen custard to the menu.

Katie Fogle will launch Mid-Way Bakery in the food hall.

“After working to get Dairyland off the ground, I’m looking forward to not flipping burgers and focus on making more fun treats,” said Fogle. The new venture will also offer soup, sandwiches, salads, desserts and a custom Anodyne coffee blend.

The food hall, at 275 W. Wisconsin Ave., will occupy what was once the first floor of the Shops of Grand Avenue mall. The complex was redeveloped into The Avenue, an office and housing development.

Want a job working in the hospitality industry? More than 20 bars and restaurants on the city’s East Side will host a job fair on Friday, May 21st, and Saturday, May 22nd from 11:00 a.m. to 3 p.m.

The event will be held in person at Casablanca, 728 E. Brady St.

“We are looking forward to the job fair to help many local residents find good-paying jobs with flexible schedules that work for everyone,” said Glorioso’s Italian Market owner Michael Glorioso.

“We’re excited to see people starting to come out again, but these business owners are struggling to find staff to meet operational demands. Our jobs are to help our stakeholders, and this seemed like a natural response to their needs. Banding the BIDs together makes this a stronger, more robust effort that we hope will benefit our businesses,” said executive directors Rachel Taylor and Liz Brodek in a press release announcing the job fair.

More information, including participating businesses, is available in a Facebook event posting.