Plus, the Milwaukee Film Fest continues, Willy Porter at Rock the Stream and a new exhibition comes to Saint Kate Art's Hotel. 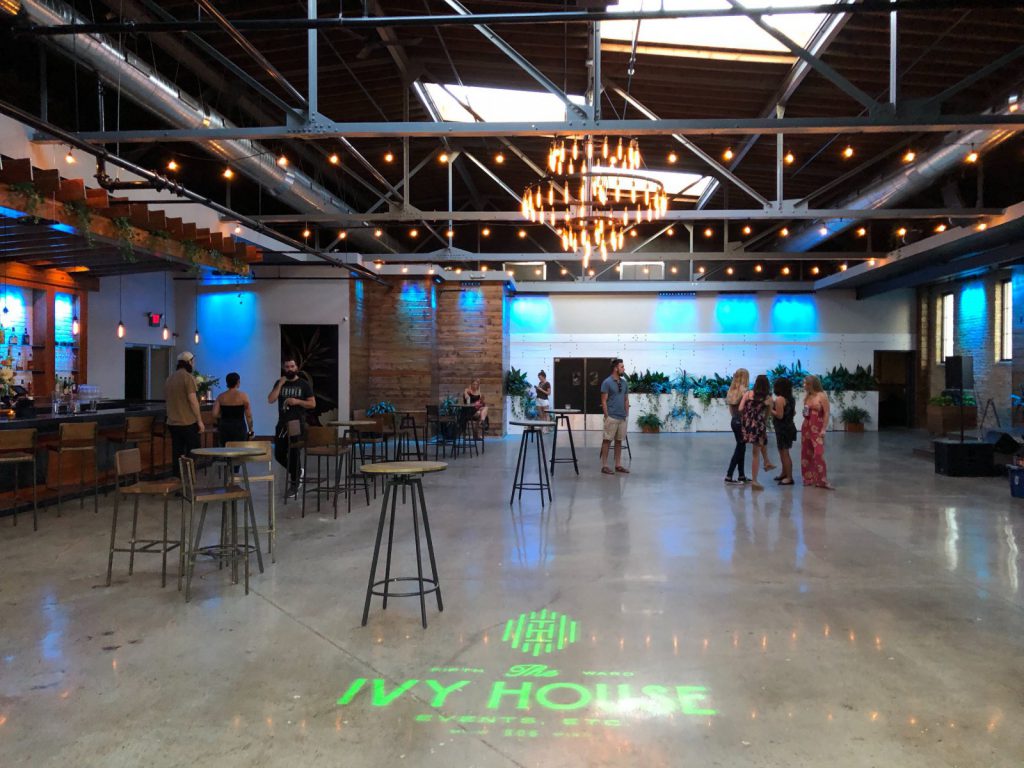 There’s plenty to do in Milwaukee this weekend while practicing safe social distancing. The Milwaukee Makers Market returns, highlighting Milwaukee small businesses and artists and giving them a chance to showcase their handmade goods. Rock the Green’s virtual concert series, Rock the Stream, is back. It’s last call for Lost Valley Cider Co.’s Cider Annex pop-up, which has been running for six months but will end this weekend, just in time for the cidery to reopen its original bar.

The Florentine Opera Company is celebrating music inspired by Shakespeare with performances of Britten, Gounod, Verdi and more. The hour-and-a-half long program will take place in a secret room in a Milwaukee landmark home with ties to England and bootlegging. Historian John Eastberg will make an appearance to provide some historical background. The performance is digital only and can be purchased for $25 by following this link.

The Mitchell Park Domes is putting on its spring floral show titled “Seasons of Legend.” The show will look at the ways different cultures have crafted intricate stories to explain the changing of the seasons. The show will be divided into five sections, each exploring a different folklore legend. For safety purposes, the domes are now offering time slot reservations. For more information on admission fees and reserving your time slot, click here.

Florentine Opera has returned to the stage, but is maintaining some of its digital options from its experience with virtual performances. A digital copy of a recent sold-out performance is now available for purchase. The performance, titled “La Vie En Rose” after the famous song by Edith Piaf, can be purchased for $25. To purchase virtual tickets, click here. To read Urban Milwaukee’s coverage of the opera’s current season, click here.

As part of its return to the stage, Florentine Opera welcomed young break-out tenor Eric Ferring to perform in Milwaukee for the first time accompanied by Laurann Gilley, a pianist and coach with the Ryan Opera Center. That performance will be available to stream digitally on April 30th, and tickets are $25. Click here for more info.

Florentine Opera is rolling out the final production of its recent Return to Stage: Little Mahagonny. The Baumgartner Studio Artists will perform the Kurt Weill musical in the newly renovated Uhlein Hall — the first production to do so. The performance is available in person and digitally. For more information on ticket pricing and how to watch the performance virtually, click here.

The Milwaukee Public Museum is teaming up with America’s Black Holocaust Museum for the U.S. debut of Nelson Mandela: The Official Exhibition. This virtual tour will take visitor’s on a journey through Mandela’s life, highlighting his work as a freedom-fighter and political leader. The educational event will feature previously unseen film and photos and will showcase over 150 historic artifacts and personal items from the Mandela family and museums from all over the globe. Click here for more information.

The Milwaukee Film Fest returns! Once again, due to COVID-19 precautions, the film fest will be entirely virtual. Traditionally the festival ran each year during the fall. But the organizers have shifted it to spring to better attract guests in future years. There are 202 films being shown at the festival. You can buy a pass to access them all, or purchase individual tickets. For more information and to purchase tickets, visit the festival website.

May 13: Willy Porter Performs at Rock the Stream

Willy Porter, a contemporary American rock singer songwriter hailing from Mequon, will take to the virtual stage for Rock the Stream’s fundraiser benefiting Dan’s Magical Music Barn. Dan Aukofer, a friend of Rock the Green who has since passed away, had his Magical Music Barn catch fire, causing thousands of dollars worth of damage. While the roof has now been fixed, the barn still requires around $10,000 worth of repairs. The Aukofer family is teaming up with Rock the Green to put on a benefit show featuring Willy Porter. The show will begin at 7 p.m. on Facebook Live, and donations can be made to the GoFundMe page. Click here for more information.

May 13-Ongoing: MOWA at the Saint Kate Arts Hotel Presents Artists Without Borders

The Museum of Wisconsin Art’s Artists Without Borders exhibit has moved to its downtown location inside of the Saint Kate Arts Hotel. The exhibit showcases the works of artists that currently reside in Wisconsin but have roots abroad, exploring how art shifts in relation to place. There are eight artists in total, six who draw influence from the countries that they have immigrated from, and two who attempt to understand the countries that they’re parents immigrated from. The exhibit features sculptures, paper puppets, animated film and more.

Harley-Davidson’s Virtual Gallery Talk series continues with a virtual discussion on Harley-Davidson’s history with the U.S. military. Learn all about how Harley-Davidson became involved, including a lesson on the WLA, often called the “bike that won the war.” The event begins at 7 p.m. and tickets are $6. Click here to purchase tickets.

While X-Ray Arcade isn’t hosting in-person shows yet, there are still ways to come out and enjoy music and a beer at the venue. X-Ray’s Friday Night Patio Days series invites DJ Caleb Westphal to spin from his collection of over 600 45’’ records. The event is free and will begin at 7 p.m.

May 14-16: Last Call for the Lost Alley Cider Annex

During this last winter, Lost Valley Cider Co. closed its doors to the public. Instead, the cider company has taken the form of a six-month-long pop-up, featuring its cider staples as well as hot cider cocktails. The annex in which the pop-up takes place features a large space for social distancing and plenty of mural art to take in. It’s the last weekend for the Cider Annex pop-up, but don’t worry — the company’s original bar will reopen shortly after.

The Milwaukee experimental-hip-hop group Guerilla Ghost returns to the stage for a DJ set at the X-Ray Arcade, where they’ll spin records spanning genres from hip-hop to industrial. The event will take place on X-Ray’s outdoor patio featuring drink specials and house-made pizza bagels. The event is free and will run from 12 p.m. to 3 p.m.

The Milwaukee Makers Markets returns, this time setting up shop at The Ivy House located at 906 S. Barclay St. The market will feature over 30 local small businesses, all showcasing an assortment of handmade goods. A food truck will be on site, and a cash bar will be slinging drinks. Admission to the market is free and masks are required.