We Energies to install 540 kilowatt array on unused land at Oakwood Park Golf Course in Franklin. 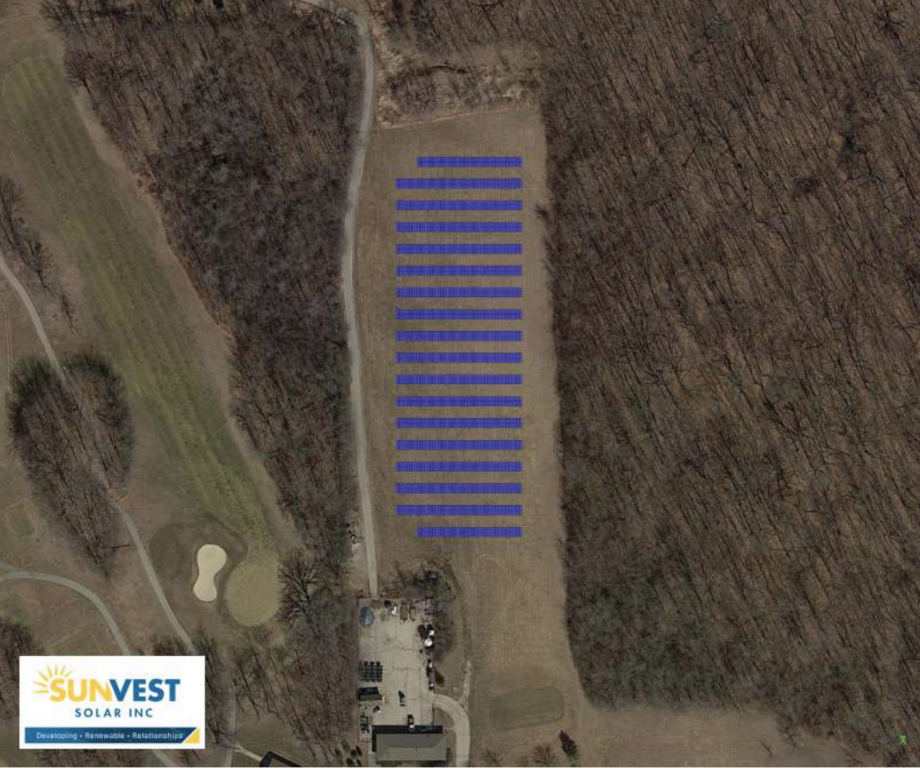 The parks department is working with We Energies to have a 540 kilowatt solar array installed on a three-acre parcel of land that was once a driving range at the Franklin golf course. Once completed it would be the largest solar installation on county property.

It’s also the latest Solar Now project for We Energies, a pilot-program approved by the Public Service Commission authorizing the utility to partner with organizations like the county to install solar systems on unused land or existing infrastructure. The utility has completed 16 Solar Now projects since the program was approved in 2018, and has another three under construction, as part of its effort to expand renewable energy sources.

Parks officials went before the committee Tuesday seeking the authority to enter into a lease agreement for property, as well as agreements for service and utility easements.

Under the terms of the agreement, the utility would make lease payments to the county totaling approximately $25,000 annually for the land. Lease payments for Solar Now projects are based on the size and output of the solar installation. Jeremy Lucas, director of administration and planning for parks, said there is no cost to the county and the lease payments, barring any cuts to the tax levy, would actually reduce the department’s reliance on the tax levy.

The county would also receive approximately 875 Renewable Energy Credits (RECs), said Richard Stasik, director of state regulatory affairs for We Energies. These credits would serve as a legal mechanism allowing the county to consume some of the green energy produced at the site.

Get a daily rundown of the top stories on Urban Milwaukee
Lucas said these RECs “move us incrementally along toward the goal of being carbon neutral by 2050.”

There is also a secondary market for these tax credits, which usually sell for about $1 apiece, Stasik said.

In April, the board passed legislation that made it the official policy of Milwaukee County to achieve carbon-neutrality for all county facilities and operations by 2050. Even before the county board adopted the legislation, Lucas told Urban Milwaukee the department was trying to “diversify and green up our energy resources.”

Parks worked with WE Energies to review a number of potential county-owned sites, and the Oakwood land proved to be the most feasible, Lucas said. He also assured the committee that neither glare off the panels nor damage from stray golf balls would be a problem at the location. Stasik said that all solar panels come with a coating that limits glare and reflection off the panels. “The whole purpose of a solar facility is to absorb the sunlight, not reflect it away,” he said.

The committee unanimously voted to approve authorizing parks to enter into an agreement with the utility for the project. Supervisor Steven Shea said he was “very excited to hear about the project” and added, “I just hope that we have more of these projects coming.”

While this is the largest solar project the county has yet pursued, it is not its first foray into renewable energy. It has 10 other installations, though all are very small compared to the one planned for Oakwood.