By Erik Gunn, Wisconsin Examiner - May 5th, 2021 09:08 am
Get a daily rundown of the top stories on Urban Milwaukee 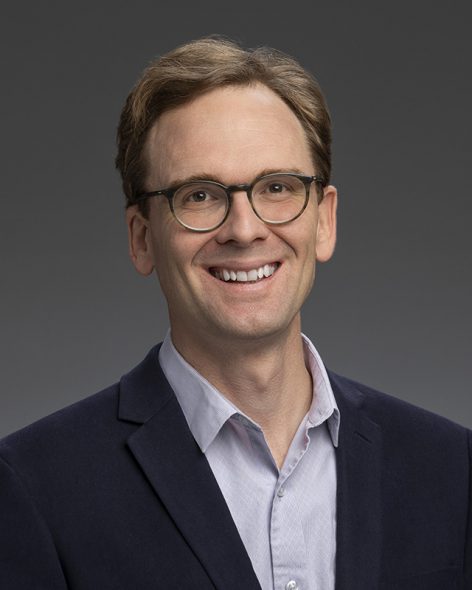 Four years ago Outagamie County Executive Thomas Nelson teamed up with union leaders and management to help wrest a paper mill threatened with closure from the scrap heap.

They won, and the former Appleton Coated plant in Combined Locks continues to operate under new ownership. It’s a story that shows “sometimes the little guy, sometimes the underdog wins,” says Nelson. And, he adds, it shows the importance of workers and unions in the broader economy. “We really undervalue the role of labor.”

Nelson tells that story in his book One Day Stronger (Rivertowns Books, 305 pp.), published in March. Its development and publication are intertwined with Nelson’s decision to run for the U.S. Senate in 2022.

PNC Bank, which held Appleton Coated’s debt, forced the paper plant located in Combined Locks into receivership in 2017, and that September, it was set to be sold to a new buyer planning to scrap the facility.

But a provision in Wisconsin’s receivership law that allows “anyone affected by the potential business closure” to file an objection, Nelson writes — including employees, creditors or elected officials. In his capacity as county executive, Nelson along with management and union leaders at the plant went to court, where they persuaded the judge to consider an alternate proposal that would keep the plant as a going concern.

Faced with that prospect, the buyer agreed to revise the purchase agreement so that the plant would continue operating. In the months that followed, Appleton Coated managed to survive, taking on a new name as Midwest Paper Group. In 2018 the United Steel Workers union negotiated a new two-year contract that included profit-sharing; by the third quarter of that year, workers began to receive payouts.

While Nelson gives credit to the community, the plant management and the judge whose ruling bought time for that success to happen, he considers the plant’s union workers the unsung heroes.

“A highly productive unionized workforce was one of the mill’s most important assets,” he writes. “And the workers’ great skill, expertise and dedication ensured that the mill could restart efficiently and profitably.”

Taking control of their fate

Nelson says he wanted to tell the story because of the lessons it offers — about communities, economic development and the role of working people and unions in helping to build prosperity.

“It’s not a shock to learn about a mill or a plant that goes under,” he says. “What is unusual is when you hear about one that comes back — one that is given a death sentence and the people who are dependent on the mill, the community and the workers, come together to take control of their fate and bring it back to life.”

The story “can point the way to a brighter future for American manufacturing as a whole — provided we acknowledge the crucial role that workers play and embrace a labor-management model that fairly rewards owners and employees alike,” Nelson writes in the book’s introduction. “Organized labor is the solution, the paper industry is the model, and Appleton Coated is the proof.”

In an interview over Zoom, he sharpens that into one of the core arguments he makes for his Senate bid: to elect an unabashedly union-friendly voice.

“We need to strengthen labor laws, we have to recognize the value that [unions] bring, not [just] to their members, but to the business itself and the overall economy,” Nelson says. “If we have more of a pro-labor majority in the U.S. Senate, we can start empowering labor and give them their fair share.”

The man whom Nelson hopes to succeed, Sen. Ron Johnson (R-Wis.), has yet to officially declare whether he’ll run for a third term — although Johnson has already gotten an endorsement from former President Donald Trump.

Nelson was the first to announce he’ll seek the Democratic nomination for the seat of the two-term incumbent. He has since been joined by three others: State Treasurer Sarah Godlewski, Milwaukee Bucks executive (and co-owner’s son) Alex Lasry and Marshfield radiologist Gillian Battino — and the field of possible Democratic challengers could grow still larger.

Taking aim at Johnson and Walker

In his book, Nelson devotes just two paragraphs to Johnson. He recounts asking the senator at a regional planning commission meeting about possible help for Appleton Coated and other struggling paper industry plants and writes that Johnson replied, “Should the federal government, one hundred years ago, have bailed out, propped up, the buggy whip?”

Nelson finds in that response a “display of ignorance” — not just about the continued importance of the paper industry to Wisconsin’s economy, but also because Johnson’s own fortune came from his ownership of a business that had its roots in the industry.

Former Gov. Scott Walker, and the Republican lawmakers allied with him, loom as much larger targets of the book’s criticism. Some of that is timing: On the same day and on the same front page that the local paper, the Appleton Post-Crescent, reported Appleton Coated had filed for receivership, below that story appeared another about the state Assembly approving the Walker administration’s $3 billion tax-credit package to draw Foxconn to Wisconsin.

The absence of any state engagement with Appleton Coated “was in stark contrast with what was happening with Foxconn,” says Nelson, speaking from his home in Appleton. “Scott Walker, and all the GOP legislators, including the ones up here, were completely focused on Foxconn.”

When two other paper plants closed in the wake of the near-closure of Appleton Coated, neither the administration nor the Legislature’s GOP majority took any steps to help the industry, he observes. After an announcement in early 2018 by Kimberly-Clark that it would close two more Fox Valley mills, the Walker administration came up with Foxconn-style legislation offering incentives to the company to keep jobs in Wisconsin. The proposal passed the Assembly but stalled in the Senate. Democratic lawmakers’ proposals for more comprehensive state help for the paper industry were ignored.

In the Senate, Republican leaders said they would only act on the Kimberly-Clark bill after the company and the union reached a new agreement that would keep one of the plants open. The union and the company negotiated a new contract that included union concessions, but the Senate still split over approving the $70 million in aid.

In December 2018 — after he had lost his bid for a third term to Tony Evers — Walker unilaterally awarded $28 million in incentives over five years to the company. A day later he signed lame-duck legislation passed by Republicans in the Legislature that would block Evers from making such awards on his own without the Legislature’s permission.

“Walker never really had a good grasp of the fundamentals of economic development and job creation,” Nelson contends. “He looked at everything through a cynical political lens.”

As governor, Walker and the legislative Republicans “took us for granted,” he adds. “They looked at Northeast Wisconsin and the Fox Valley [and said] ‘We always do well up here. We’ll always get their votes, you don’t have to give ‘em anything.’ And I think that was it.”

Walker “also didn’t understand this was more than an economic problem,” Nelson says. “This went to our roots — who we are, culturally, historically. Even people who don’t work in a paper mill, we take a lot of pride in this. Look at the Kimberly Papermakers” — the team name for Kimberly High School, located just northeast of Appleton.

“He took us for granted,” Nelson declares, “and all the Republican legislators around here enabled him.”