Should Miller Valley Be Champagne Region? 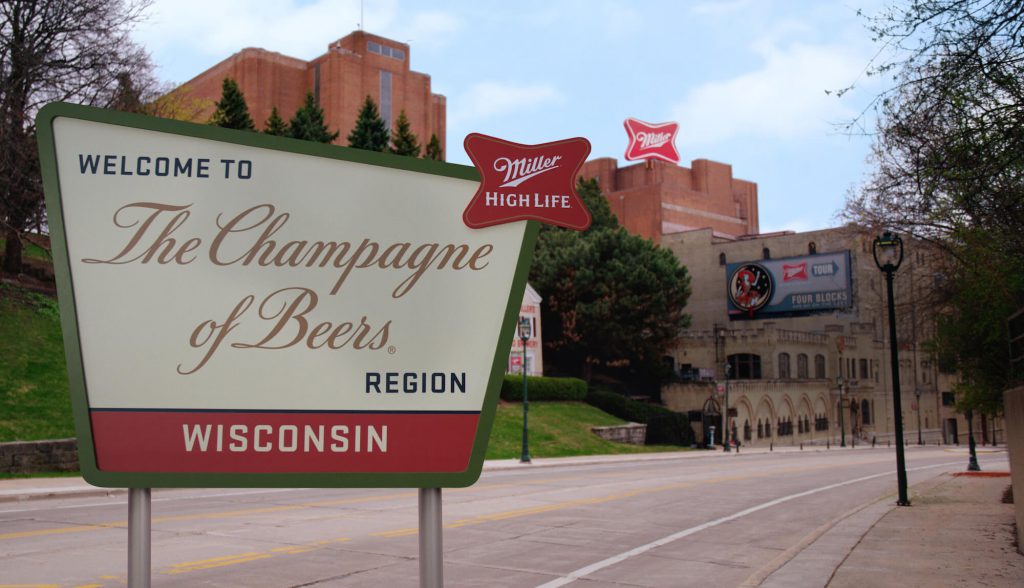 The Champagne of Beers region sign. Image from Molson Coors.

If you’re drinking champagne that wasn’t produced in the Champagne region of France, it’s not champagne. The European Union doesn’t even let producers label sparkling wine as “champagne” unless it’s made in the northern France region.

However, going back a century the Miller Brewing Company called its Miller High Life beer the “champagne of beers” and its parent company now wants in on the geographic marketing boost.

Molson Coors is requesting that the Milwaukee Common Council designate the company’s Milwaukee brewing campus as the “Champagne of Beers region.”

“To protect its name and the quality it stands for, champagne has a region in France. We feel it should be no different for Miller High Life,” said Anne Pando, senior marketing manager for the Miller family of brands, in a statement.

Located along W. State St. in the Miller Valley, the 80-acre brewery would gain new signage. It would also get an official ambassador.

The company will award $20,000 in cash, beer for a year and an all-expenses paid trip to Milwaukee to the individual who submits the best application to become the company ambassador.

“Frederick Miller wanted to make a quality beer that was accessible to all, and we want to celebrate that,” said Pando. “And there’s nothing better than tasting Miller High Life, freshly brewed in the Champagne of Beers Region.”

Molson Coors isn’t pledging not to brew High Life at its other breweries. In fact, the campaign website seems to dance around that fact. It would allow the designation to apply to beers “invented” within the boundaries, as opposed to the French restriction on production.

The brewing conglomerate operates more than a half dozen large breweries and several smaller facilities, including the 10th Street Brewery in Milwaukee’s Hillside neighborhood.

Get a daily rundown of the top stories on Urban Milwaukee
In 1981, the company reported selling nearly 24 million barrels of the champagne of beers. That fell to three million in 2019.

The pilsner-style beer was first introduced in 1903 and is Miller’s oldest brand. It’s distributed in glass bottles designed to mimic that of a champagne bottle. The beer has long used marketing imagery referred to as “the girl in the moon” that is rumored to be a depiction of Miller’s granddaughter.

A petition to support the designation is expected to launch on Thursday.

As part of the latest corporate reorganization, creating Molson Coors from MillerCoors, the company is adding hundreds of jobs to its Milwaukee campus but maintaining its Chicago headquarters.