Hearings held only in state’s smaller cities but Evers budget favored 284 to 30 by speakers.

By Melanie Conklin, Wisconsin Examiner - Apr 28th, 2021 12:44 pm
Get a daily rundown of the top stories on Urban Milwaukee 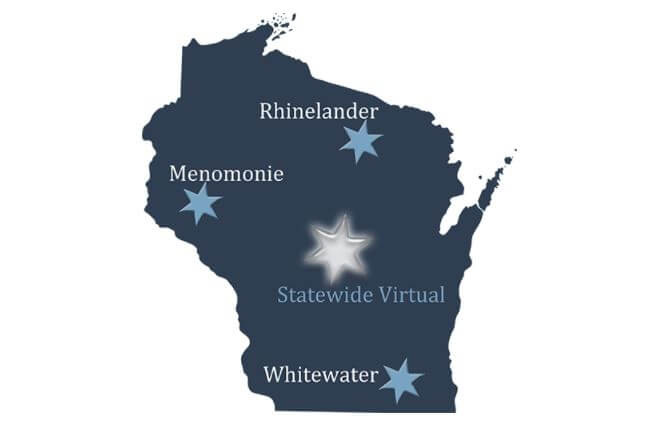 Thinking back on the three in-person budget public hearings the Legislature’s Joint Finance Committee (JFC) has held in this month, Rep. Greta Neubauer (D-Racine) says the most frequent testimony she recalls hearing was widespread support for public education.

“I believe the most comments were on the topic of public education — childcare, K-12, higher ed, technical colleges and the UW System included in that,” says Neubauer, one of two Assembly Democrats who sits on the JFC. “It was incredible to see how many folks came out, took the time to drive, oftentimes far distances.”

For example, teachers from Kenosha drove all the way to Menominee, because there were only three locations, none in larger cities. The final hearing — underway now goes until 5 p.m. — is virtual but registration for that event filled up in 19 minutes. The public can still watch online and written testimony is being collected as well.

“The teachers, from my neck of the woods, felt that it was important enough for them to make their voices heard, to discuss the mental health challenges that they and their students have been facing because of COVID-19, to make that long trek and wait many hours to testify.” Neubauer adds.

“We heard, obviously, about K-12 funding, especially the special needs funding portion of K-12,” says Sen. Jon Erpenbach (D-West Point). ”School districts were really excited about additional special education funding and happy that it frees up a lot of money at the local level, without going over spending limits.”

Sen. LaTonya Johnson (D-Milwaukee) agrees on the hottest topics. “Wisconsinites across the state who testified at the public hearings have been overwhelmingly supportive of the governor’s budget proposal, specifically on key provisions like Medicaid expansion and fairly funding special education,” she says.

The first three hearings were held in Whitewater, Rhinelander and Menomonie — none were in the largest cities of Milwaukee and Madison or even Green Bay, Kenosha or Racine. The Republicans who control JFC opted for more Republican-leaning territory for their public hearings.

The four Democrats on the finance committee (Neubauer, Johnson, Erpenbach and Rep. Evan Goyke) sent a letter to the Republican co-chairs after the first virtual meeting filled up in 19 minutes asking for additional virtual hearings. “I think it’s the least we can do, frankly, to offer another virtual hearing but it does not appear that that is going to happen,” says Neubauer.

“While registration for the first-ever Virtual Public Hearing … reached capacity within minutes of opening, it is certainly not the first, nor the only, opportunity for the people of Wisconsin to provide input on the state budget,” they wrote in an April 20 letter. “We have also provided an online portal, direct email address and a mailing address for citizens to provide input directly to the JFC.” (Links added.) Marklein and Born did not respond to a request to comment on the hearings.

Another option JFC co-chairs suggest — as do the JFC Democrats — is for the public to reach out to the legislators who represent them directly as well as JFC members. “We’re receiving a lot of emails from folks all over the state and we do read them,” says Neubauer.

Testimony by topic and numbers

One story that stuck with Neubauer from the past three hearings came from a 12-year-old named Jasmine who testified about the importance of special-education services, which she utilizes, for her and for all students.

“Jasmine and her mom spoke about the importance of special education funding, both for those students who are receiving services and for all of the kids in the classroom and how funding our schools directly impacts young people’s lives and their ability to thrive in school,” recalls Neubauer. “It’s always really powerful to hear from young people, and to be reminded that their future really is in our hands as we are making decisions that impact them every single day. And I really hope that we can hold their stories at the center of this conversation.”

She says other topics that came up frequently were the impact of the criminal justice system on individuals and families and the need for reform.

A number of issues tied to the environment and climate came up, including clean drinking water and PFAS pollution, as well as the impact on drinking water from lead pipes.

Not surprisingly in a pandemic, health care weighed on people’s minds. Erpenbach believes COVID may have put a damper on the in-person hearings: “We didn’t hear as much this go around as we did last go around,” he says. “It seemed like there was a lot more energy obviously during the pre COVID budget public listening sessions.”

He says Medicaid expansion was certainly raised, but hopes that people in the health care field, be it providers or insurance companies, will “be more vocal” on why the expansion is needed to provide care for nearly 100,000 more people at a lower cost to taxpayers, particularly with the federal $1 billion incentive offered by President Joe Biden’s administration.

The final major category of testimony, according to the lawmakers, involved budget items tied to the economy and recovery. Some people came to speak about COVID’s impact on the service industry and tourism. Others came out in support of workers’ rights and labor protections, backing Gov. Tony Evers’ move to reverse part of the negative impact of Act 10 by restoring public employees’ bargaining rights.

On the other side, members of the conservative group Americans for Prosperity advocated for lower taxes. And there were some who testified in favor of spending more taxpayer money on private school vouchers.

Overall, the majority of the comments were in favor of Evers’ budget. The JFC clerk compiled a breakdown of testimony at each of the in-person hearings.

There were a total of 479 speakers at the three hearings. Of those, 284 spoke in favor of Evers’ budget and 30 spoke against it.  Another 166 registered as “speaking for information.”

Erpenbach expects Wednesday’s on-line public testimony may vary somewhat from the in-person hearings held on college campuses where university administrators and others who work in education were heavily represented. (Although he expects education will remain a big topic.) He also guesses discussion on the budget by the JFC could begin as early as next week. “I think they’ll peel everything that Tony did off,” he says, starting from the previous budget as the base.

One message he wants people to hear loud and clear is that even after public hearings end, people should keep contacting legislators and making their voices heard. “This is really important,” Erpenbach says. “Just because Republicans remove something from the budget doesn’t mean that it can’t be put back in. Obviously Medicaid expansion is something that is near and dear to a lot of our hearts. I don’t buy [Republicans’] philosophical argument anymore. They just don’t want to help people who need help right now. But the additional billion dollars of one-time funding with no strings attached, if we take the expansion — I think that might soften some Republicans’ position on the issue.”

“Our state budget should reflect our state’s values,” says Johnson. “The Joint Finance Committee public hearings made it clear that Gov. Evers listened to the people of Wisconsin and truly heard their priorities. It is a privilege for my colleagues and me to serve on this powerful budget-writing committee and that cannot be lost on us as we continue through this process. We must commit to listening to the people and investing in their needs and values.”