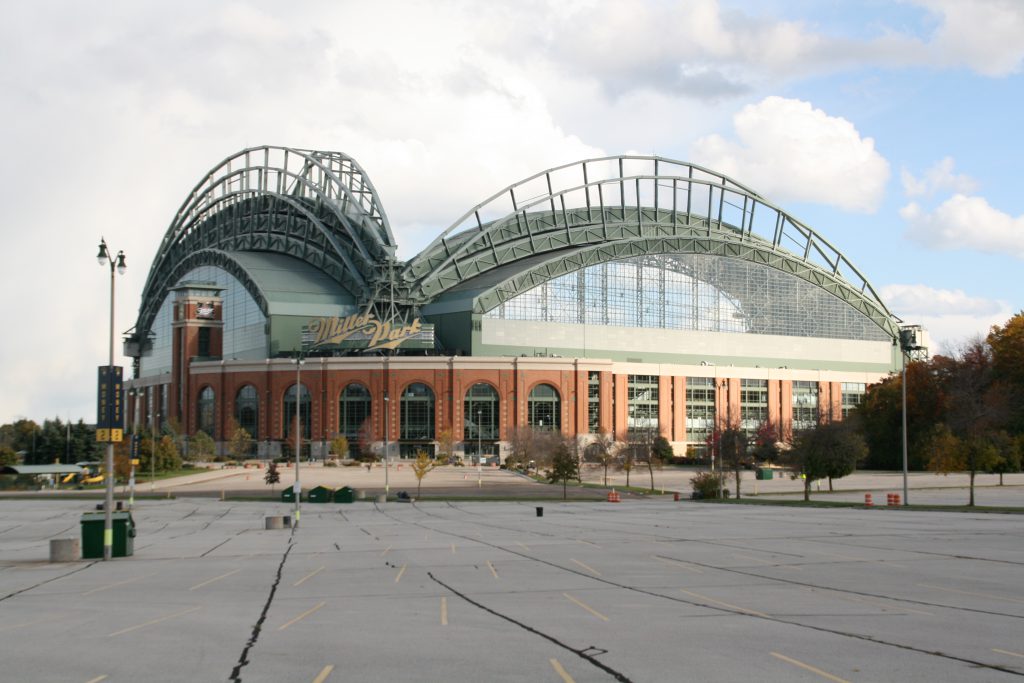 The Milwaukee Brewers announced via a press release that its restaurant at American Family Field, with the distinctive name, Restaurant to be Named Later, will reopen on May 3. The name references trading for a player to be named later. The restaurant specializes in elevated tailgate food and shareable appetizers, and will be open seven days a week regardless of whether there is a Brewers game or not.

The ballpark restaurant is reopening with a variety of ticket packages for game days, including views from outdoor seating on the restaurant’s Home Run Porch and the Bullpen Porch. A number of tables lined along glass windows overlooking the field also provide an excellent vantage point. Additionally, all drinks can be brought from the restaurant into the stands.

Private events can now be reserved in the restaurant’s Brew Room, featuring indoor and outdoor seating for groups of up to 30 people on non-game days.

For safety reasons during the pandemic, the restaurant will operate cashless and ask customers to wear a mask until seated.

The Restaurant to be Named Later will be open on non-game days from 11 a.m. to 9 p.m. Sunday through Thursday and 11 a.m. to 10 p.m. Friday and Saturday. On game days, hours will depend on the game’s starting time. 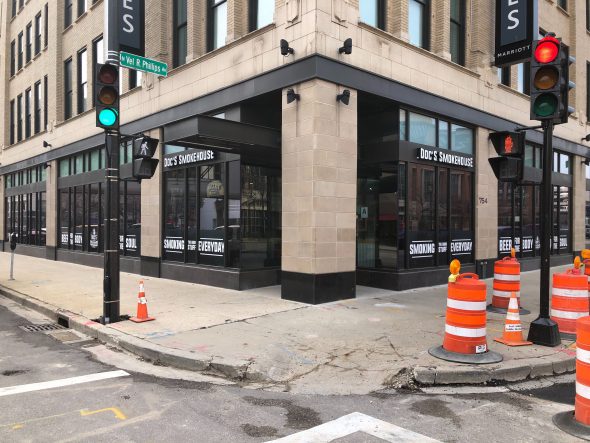 DOC’s Commerce Smokehouse has announced via a a Facebook post that it will reopen — the goal being that all locations will reopen by August. The post reads:

While we know this may seem like a long time to wait, we are a small business, opening will take some time. Currently we are working hard on upgrades to our Wisconsin and Illinois locations.

In the meantime, stay tuned for further updates.

DOC’s closed its downtown location on October 18, promising to reopen at some point. Located at 754 N. Vel R. Phillips Ave. in the SpringHill Suites hotel, the Indiana-based restaurant opened in 2017 and specializes in Southern-style smoked meats and sides paired with craft beer and bourbon. The Milwaukee location marked DOC’s second restaurant, its flagship being in Dyer, Indiana.

A new restaurant called Birch will replace what was formerly known as Birch + Butcher, and had been founded and run by Rebecca Zwiefelhofer and Miles Borghgraef. Birch + Butcher closed indefinitely during the pandemic but never reopened. Urban Milwaukee’s Jeramey Jannene reports:

The partners are billing the new venture as a “hyper-seasonal, new American restaurant” that celebrates Wisconsin farmers and producers.

“The menu at Birch puts ingredients at the forefront by using our open hearth to transform beautiful vegetables, meat and fish into a simple and fresh cuisine,” said the partners in a release.

Knall was formerly sous chef at Gramercy Tavern in Manhattan and will bring the farm-to-table focus to the new restaurant. He also served as executive chef at Maysville in New York City and opened Kenton’s in New Orleans before most recently serving as executive chef at New York’s Equinox Hotel and its associated Electric Lemon restaurant.

A full menu is expected to be announced in June, but first the restaurant will host preview dinners on Fridays and Saturdays in June. Interested diners are encouraged to watch the restaurant’s social media channels for more information. 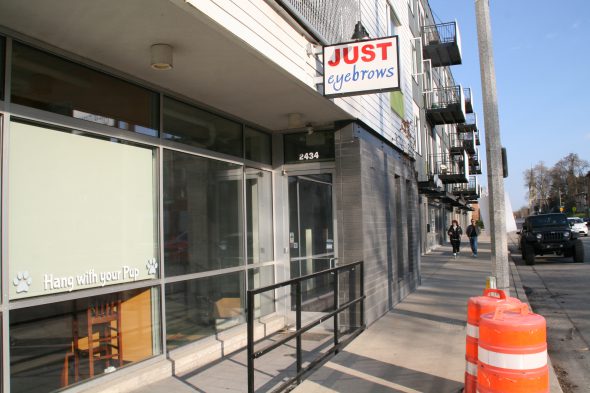 Cold brew coffee, specialty coffees, smoothies and regular coffee are on the menu according to Wei. The central item is the smoothie or acai bowl. It will come filled with berry and fruit puree and topped with a choice of flax seeds, chia seeds, granola or almond butter. Breakfast food like avocado toast will be served as well. Wei told Urban Milwaukee that her menu items were inspired by the vegan cafes she visited traveling in Indonesia.

After working in the financial sector, Wei worked worked in a coffee shop in Chicago for almost two years to get a feel for the cafe business.

Wei said she noticed Milwaukee didn’t have many smoothie bars outside of corporate chains. Having worked in corporate smoothie bars, Wei said she knows that chains usually only use ice and puree for their smoothies. At her new cafe, she said, the recipes will have more substance.

The East Side’s breakfast-and-lunch spot Simple Café, located at 2124 N. Farwell Ave., will close its doors by the end of July due to concerns connected to the pandemic. Carol Deptolla reports:

Young Cho, partner with Tom Hartz in the Lake Geneva-based Simple Food Group, said the restaurant’s lease is up in July.

“It was just impossible to know if we could commit” to another multiyear lease, Cho said. The restaurant, which emphasizes using locally produced ingredients, opened in early 2013.

It’s the second location of Simple Cafe; the original is in Lake Geneva, and that restaurant will remain open.

The Milwaukee location added delivery during the pandemic — as did many other restaurants. Diners had many options, and “breakfast food is not something that travels terribly well,” Cho noted.

“It’s always a very difficult decision to make,” Cho said of the closing, with the biggest impact being on the staff — some of whom have been with the restaurant since its first day — and the cafe’s customers, he said.