Board's leader takes away both his transportation chair position and committee membership. "It's unheard of." 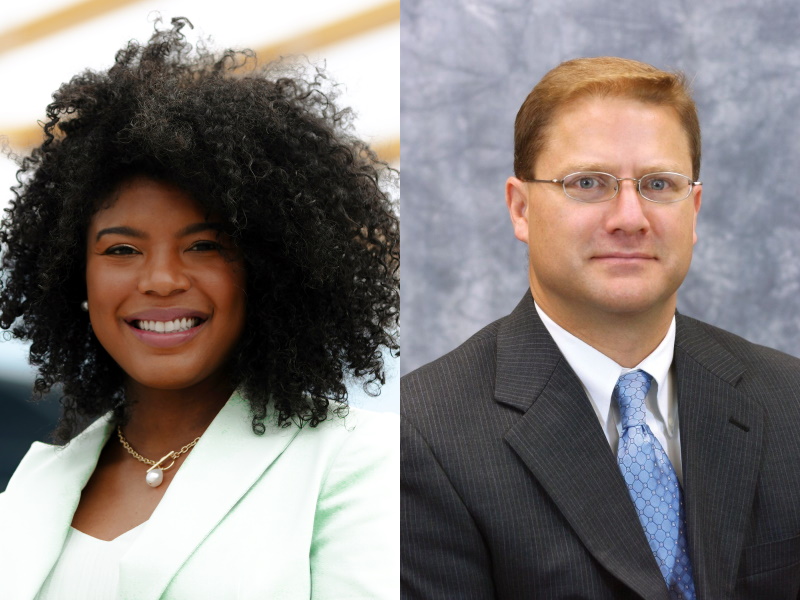 In a rare move, Milwaukee County Board Chairwoman Marcelia Nicholson has booted Supervisor John Weishan, Jr. from his position as chair of the Transportation, Public Works and Transit Committee. Even rarer, he was then removed as a member of the committee. “That’s unheard of,” says a board member.

During a brief meeting of the committee earlier this month that had only one item of business, the chair was listed as “vacant” on the agenda and vice chair Supervisor Sylvia Ortiz-Velez ran the meeting.

Then on Tuesday, Nicholson released a statement congratulating Priscilla Coggs-Jones on her victory in the 10th supervisory district, which she will now represent on the board. The statement announced new committee assignments including Weishan’s ouster and the creation of a new Health Equity, Human Needs and Strategic Planning Committee to be chaired by Sup. Felesia Martin.

Sup. Russell Antonio Goodwin, Sr. will serve as the new chair of the transportation committee. He was first elected to the board in 2020, and has served on the committee throughout his term.

Weishan told Urban Milwaukee, “I’m still an advocate for transit and for public works and our transportation system. I’ve been an active supervisor throughout my 21 years on the board regardless of whether I am a chair of a committee or not.”

Weishan noted that Goodwin was the only member of the board to vote in March against a resolution by the board opposing expansion of Interstate 94, and suggested that his own spearheading of that effort was connected to his removal from the committee. However, Nicholson is on Weishan’s side, having voted in favor of the resolution opposing Interstate 94 expansion, and Goodwin was not the only supervisor to vote against the resolution.

The resolution was originally brought up during a March 10th meeting of the Transportation, Public Works and Transit Committee as a by-the-committee resolution, which means it was not publicly noticed ahead of the meeting. The resolution failed at committee on a two-to-two vote with Sup. Sylvia  Ortiz-Velez voting joining Goodwin in opposition. Despite this, Weishan brought the resolution back up at a meeting of the full board at the end of the month. During that meeting, Goodwin was the only vote against the resolution, as Ortiz-Velez was not present for the vote.

County Executive David Crowley ended up vetoing the resolution due to a “lack of process, public notice and comment and committee involvement,” according to his veto message.

One board member told Urban Milwaukee Weishan was kicked off the committee “directly because of his attacks on Nicholson.”

Get a daily rundown of the top stories on Urban Milwaukee
“He refuses to meet with the county transportation department but always consults the transportation union,” the supervisor said. “He is constantly throwing bombs.”

Weishan said, “All of our meetings are on the web to watch. If anybody has any concern about my presentation or style at committee they’re welcome to review all of those things.”

Weishan has long maintained a close relationship with the Amalgamated Transit Union Local 998 and its former president James Macon, which represents employees of the Milwaukee County Transit System (MCTS). During the last contract negotiation between MCTS and the union, Weishan’s committee regularly became a public venue for the union to blast MCTS and their contract offers. But Macon was displaced as president last month, as Urban Milwaukee reported.

“No one has ever seen or heard of anything like this at county government,” one supervisor said of Weishan’s displacement. “To be removed as head of committee and thrown off the committee. It’s complete banishment.”

Correction: This story has been corrected to reflect that while Sup. Goodwin Sr. was the only dissenting vote at a full board meeting on a resolution stating opposition to Interstate 94 expansion, Sup. Ortiz-Velez did also vote against it at a prior committee meeting.

This story has been updated to include additional comments from Sup. Weishan, Jr.