Around the World in 90 Minutes

MCT’s ‘Underneath the Lintel’ is a crazed, complex one-woman show that is unforgettable. Alas. 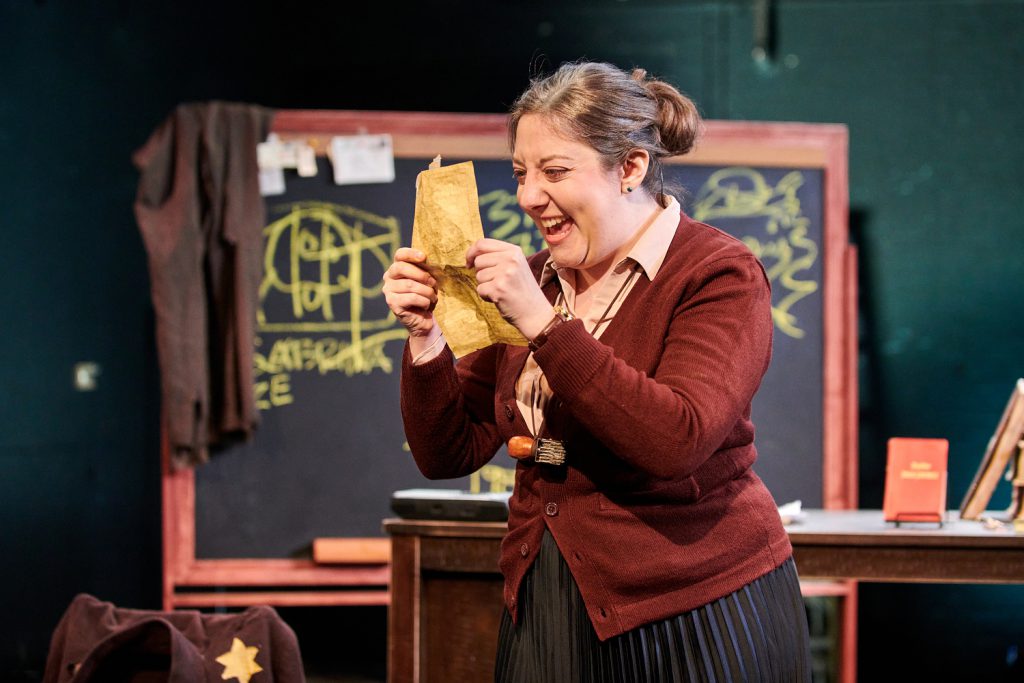 There’s something virtual theater allows that is absent in live theater – but it’s not a good thing.

But online performances offer a new, horrible temptation — to hit Pause and stop the action, never possible in live theater and one of the advantages and disadvantages of the virtual experience.

Frankly, I don’t think most theatergoers can make it through the Milwaukee Chamber Theatre’s new one-person offering, Underneath the Lintel, without hitting Pause several times.

And much of that is really not the patron’s fault even though the play in some ways reflects the mental confusion the current pandemic certainly fosters. Glen Berger has written a whirlwind for solo performer that roams somewhere between Kafka and Ionesco and grows more absurd the more intellectual weight, vaudeville asides and inside references he tries to add. He carries us and a feverish librarian around the world in search of the persona behind a 113 year overdue book, mixing in flora, fauna, God and the Wandering Jew – the mythical wanderer as well as the plant.

Actress Elyse Edelman, employing every dialect and nasal comic effect she can muster, and she can muster a ton, keeps trying to punch into the role from the outside since she cannot find – nor can I, frankly – a consistent internal avenue into the journey. Her performance feels like a constant adenoidal panic and ends even more abruptly than it began, with the lightly comic suggestion that we wipe our brain slate clean. As if we could.

The results may only be an hour and a half long, but it feels interminable — hardly the best foot forward for new artistic director Brent Hazelton. He clearly hoped a heady mix of weird angles, scribbles, dolls, slide shows and Aha! moments would keep us diverted. Instead, we long for the clarity of Agatha Christie.

For those interested, it’s $35 a pop to book a specific play date, evenings or matinees, through May 2 at https://www.milwaukeechambertheatre.org/underneath-the-lintel.

One thought on “Theater: Around the World in 90 Minutes”